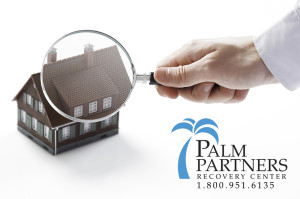 The Florida House on Thursday approved a bill, known as HB 479, which could lead to requiring specific certification of substance-abuse recovery facilities known as “sober houses.”

The bill was introduced by concerned local government officials whose constituents have been voicing concerns over the quality of such residences and the potential negative impact they have on property values.

Areas such as Palm Beach County and the Treasure Coast are particularly affected because of the saturation of addiction treatment programs and their associated sober living communities.

The certification process outlined by HB 479 is a voluntary one and would include housing inspections and background screening for sober house employees.

The plan to regulate the sober home industry in Florida passed Thursday with an almost unanimous vote; House members voted 117-1 in favor of approval of the bill. The only opposing vote was cast by Rep. John Tobia, from Melbourne Beach.

Rep. Hazelle P. Rogers, D-Lauderhill, criticized the bill, stating that he felt that certification should be mandatory, rather than voluntary, for all sober houses.

“There has to be a way that we can work out the federal housing requirements to make certification for everyone,” Rogers said.

On the other hand, Rep. Mark Pafford, D-West Palm Beach, pointed out that the voluntary terms could raise the standards of the quality of sober homes in the Florida.

“It’s voluntary, and hopefully that will drive a natural improvement among the sober houses,” Pafford said.

Rep. Darryl Rouson, D-St. Petersburg, said his only concern was that HB 479 would give local government the power to over-regulate sober homes.

“I wanted to be sure this was a ‘NIMBY’ situation where a community could say, ‘not in my backyard,” Rouson said. “That was all.”

Rep. Bill Hager, R-Boca Raton, created the bill that will develop a registry of the sober houses that have receive certification by undergoing inspections and conducting background checks of its employees. The certification will be regulated and granted by the Florida State Department of Children and Families, which will be accepting referrals from inpatient drug treatment facilities.

Hager was moved to action in creating and presenting the bill due to the relatively recent explosion of sober homes across the South Florida region and that had no regulation, whatsoever. As a result, many of these sober homes became blemishes on their respective surrounding neighborhoods, bringing down property values.

This seems like a step in the right direction. Sober houses are a great resource for people seeking recovery from substance abuse and addiction, providing the much-needed support in early sobriety. There are too many so-called sober houses and halfway houses that are being managed by less-than-reputable people who are strictly in it for the money. The result: flop houses that are the exact opposite of sober houses.

A more expansive bill Senate bill by Sen. Jeff Clemens, D-Lake Worth, required all sober homes to become certified but it was halted on Tuesday after failing to get a vote in Appropriations.

“When this first came up, it was about finding ways to get rid of sober homes.” Clemens said, adding that sober homes also were causing property values to plummet. “The legislation has evolved over the few years to how do we make them better, at least for the patients and a better environment for everybody.”

Hager’s bill was sent to the upper chamber.