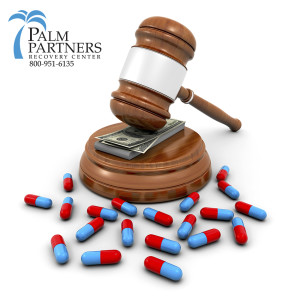 The drug-dealing pharmacist by the name Ashish J. Patel, a 35 year old who was accused of selling Oxycodone pills to an undercover detective, has now been found guilty of several charges including drug trafficking. The Florida Department of Health website stated there was an emergency order issued suspending his license, and the trial was short lived with what some may call swift justice.

At first, Patel negotiated the sale of 80 of the pills altogether to the undercover officer. According to the report filed he sold the detective 50 pills, advising her to come back the following day to collect the other 20 pills, because initially the agreement was for a total of 70 pills. However later on when the detective returned, Patel told the detective that she still owed him more money for the 20 pills, at which time according to the report he agreed to sell her another 10 pills. The undercover detective “reluctantly agreed to pay additional money” for the 20 pills, as well as additional paying for the other 10 pills. In total, Patel received around $1,540 to distribute the dangerous amount of Oxycodone to the ‘customer’. All the interactions with Patel were audio recorded as noted by the undercover officer, and included as evidence. During the negotiation, Patel asked the detective to roll the windows down on her car so he could see inside and confirm there was nobody in the car with her. He also asked her if she was a law enforcement officer. The transactions of Oxycodone pills took place at the pharmacy, which is within 1,000 feet of a day care facility.

Judge Wayne Durden ordered that Patel remain in jail pend­ing a sentencing hearing July 11. Patel was arrested back in September of 2012 following an investigation by the Polk County Sheriff’s Office. Ashish Patel was apparently the part owner of Med Express Rx on Shepherd Road according to officials at the Sheriff’s Office. The appointed jury spent less than an hour deliberating the charges and evidence before finding Patel guilty as charged of trafficking in illegal drugs, possession of oxycodone with intent to sell, possession of a structure used for trafficking, sale or manufacture of controlled substances. The charge of trafficking in illegal drugs carries a mandatory minimum sentence of three years in prison. However Ashish Patel could ultimately face far more time in prison, as the total maximum penalty for all of these offenses adds up to a 90 year prison sentence.

“He’s pushing drugs, illegally.  He knew exactly what he was doing,” said Sheriff Grady Judd, who announced the arrest initially. Ashish had been arrested during a 3 part sting operation that had also took down other pharmacists and dentists in the area.

“We expect to find dope dealers in the streets selling drugs.  What we don’t expect is to find licensed professionals selling drugs,” Sheriff Grady Judd went on to say in an interview with local news.  The sheriff went on to state that he believes the problem to be one that is widespread throughout the region.