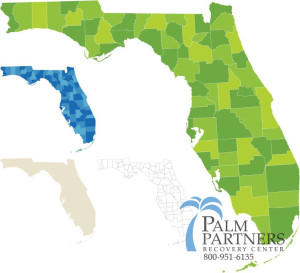 A plan to develop a registry of certified sober houses has been approved in Florida. Known as The Sober House Bill, or HB 479, would require sober living homes to undergo inspections as well as require background checks of its employees. The certification will be regulated and granted by the Florida State Department of Children and Families (DCF). The DCF will accept referrals from inpatient drug treatment facilities.

Should Sober Living in Delray Beach Be Regulated?

There’s a lot of controversy surrounding HB 479. On the one side, those who are for regulation see the plan as a step in the right direction. With the figurative explosion of sober houses and halfway houses in the South Florida region and along the Treasure Coast, there’s been a lot of negative fallout. Such development has led to a decline in property values in some the neighborhoods where these sober houses have set up shop. This is due to the unregulated zoning and maintenance of such homes.

Ensures Safety to Those in Early Recovery

Also without regulation, a lot of these so-called sober houses quickly turn into what’s known as ‘flop houses’ or ‘trap houses’ – places that you’re more likely to find drugs than sobriety. These structures quickly decline into disrepair and the owners and managers are mostly non-existent; they’re in it purely for profit. Also, background checks of employees will safeguard against sexual predators or anyone else with known dangerous tendencies from being employed at such places.

Yet another problem with the current state of affairs when it comes to sober living in Delray is that there is a lot of potential for insurance fraud. They way this works is this: sober living houses and halfway houses are able to bill their residents’ insurance plans if they can show that the resident is in an IOP (intensive outpatient program). This seems like a good thing to the resident, who can live rent-free at the sober house as long as they also attend groups at an IOP a certain number days per week. However, the proprietor is bilking their insurance via a loophole. And this can prove detrimental to the resident if, say they require medical attention or experience a relapse; they will have run out of coverage and won’t be able to go back to treatment.

Should Sober Living in Delray Beach Be Regulated?

There are those who oppose HB 479, or who are weary of any other legislation like it, because they fear that it will be wielded as a weapon of discrimination against people in recovery and seeking safe haven in these integral parts of the recovery process. The idea of having a registry seems somewhat ominous, like lists made of other groups in the past that were eventually used as a way of keeping tabs on such groups and their members.

Many people who are in recovery also have a criminal record, due to their addiction. And many people in recovery are often able to rejoin the workforce – despite their record – by working in the addiction and recovery field. Those who are against a sober house registry point to the possibility that a lot of people seeking to turn their lives around will be discriminated against when seeking employment in sober living communities due to the required background checks of staff.