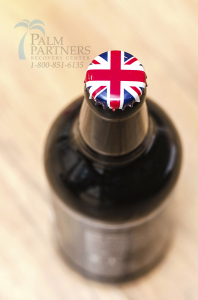 English pub culture is a pretty well-known aspect of life in the United Kingdom, often depicted with soccer (they call it foot-ball for some weird reason) hooligans or competitive drinkers in the media, with films like Beerfest or The Worlds End showing off these archetypes of characters. But is there any reality to that caricature of the typical British drinker? Well whether it is or not, the pubs in England are putting citizens in hospitals in record numbers, and the alcohol problem in the UK may be more serious than the references made for comedies sake.

Despite these recommendations rates have emerged recently showing that 1 in 5 people in England now regularly drinking well above the NHS guidelines, alcohol-related admissions to hospital has risen to nearly 10 million a year.

New figures show that 9.6 million people in England are consuming alcohol in troublingly excessive amounts each week, with 2.4 million of those classed as high risk cases of alcohol consumption. Between 2012 and 2013 9.9 million people were admitted to hospital because of alcohol and around 60 per cent of those ended up in casualty.

Alcohol Concern is the leading national charity working in alcohol related issues, and this past week Alcohol Concern released a new chart showing a regional breakdown of the best and worst areas for alcohol abuse. Included in those stats, the top areas in England for hospital admissions in regards to alcohol were:

A recent survey by the Organization for Economic Co-operation and Development (OECD) examined 27 nations and determined that the United Kingdom was among just 7 nations where teenage girls were more likely to get drunk than were boys of the same age, and British girls are more likely to get drunk than those in almost any country in the Western world.

All of these studies and numbers show no sign of slowing down any time soon, and considering that in south east and south west parts of England over 23% of people drink too much alcohol each week, and 20% in London.

The Alcohol Concern charity is calling for minimum alcohol pricing to discourage consumers from extreme alcohol purchases in hopes that will curb the rise in consumption.

“The NHS is now facing an intolerable strain from alcohol-related illnesses,” said Jackie Ballard, Alcohol Concern Chief Executive. The Alcohol Concern Chief Executive went on to detail the extent of the damage being done to the citizens of England, and expressed the severity of the situation is real, and not to be confused with numbers created by minor isolated incidences.

“This is not just from readily-identifiable causes such as A&E visits and admissions for liver disease, but from a significant number of other conditions in which alcohol plays a major, but often under-appreciated part.”

“We urgently need action to prevent alcohol misuse, the first and most effective of which is for the government to implement a minimum unit price, which has the potential to save the economy millions, and most importantly save lives.”

Health experts concerned with these statistics say the hidden harm that results from over-indulging only emerges after a number of years, by which time problems have already developed. Some of these adverse effects of alcohol they are concerned about include:

Men who drink more than two pints of beer a day are up to 2.5 times more likely to contract cancer, especially in areas such as the mouth, neck and throat. Women are up to 1.7 times more likely, and have a 20% increased risk of developing breast cancer.

Not that the huge toll this increasing alcohol issue is taking on the population is not a big enough problem, but the tab for the hospitalization and treatment of those who are suffering injuries due to excessive drinking is pretty big as well across the board.

The huge cost that alcohol has created is being placed on the shoulders of the NHS. Inpatient admissions for conditions partially credible to drinking are now £1.3 billion a year. This estimate is almost 3 times greater than the cost of those which were solely due to alcohol, which is £513 million a year! According to the report alcohol is also responsible for nearly half of all head and neck cancer inpatient admissions, costing the NHS an additional £65.3 million!

With all this, one can only wonder how much help raising the price of booze will help, the tab seems to be increasing in all aspects, and someone will eventually have to foot the bill.

“It is vital that people understand the full consequences of drinking at unsafe levels can have on their health. With almost ten million alcohol-related hospital admissions, we can see just how serious an impact unsafe levels of alcohol consumption is having on our health system. Drinking alcohol above recommended levels can have a damaging impact upon almost every part of our body, and it is crucial that national and local organizations work together to address this harm.”

Shops are being banned from selling alcohol below cost. Sheffield University conducted a study that was published last month suggested that minimum pricing of 45 pence per unit would be 50 times more effective in targeting harmful drinking than the current policy. Hopefully this will help inspire some changes since plans to introduce a minimum unit price for alcohol were rejected by the Government in 2013.

The 2020Health think tank has went a step further and proposed that any individual who repeatedly ends up in casualty wards after binge-drinking episodes should have to be billed by the NHS to counter-balance the rising costs of health care for these individuals. So next time you want to idolize the hooligan culture, or choose the ‘Pub Life’… don’t.

Excessive drinking and all the strain that is being put on health care professionals and the NHS has started to catch more attention in the UK. The multiplying of billions of people in England being hospitalized for accidents related to alcohol abuse, not to mention those suffering from long-term alcohol related health issues, are among billions of others around the world who are facing problems that can lead to alcoholism and other substance abuse issues, but it is not too late to make a change, politically or personally. If you or someone you love is struggling with substance abuse or addiction, please call toll-free 1-800-951-6135