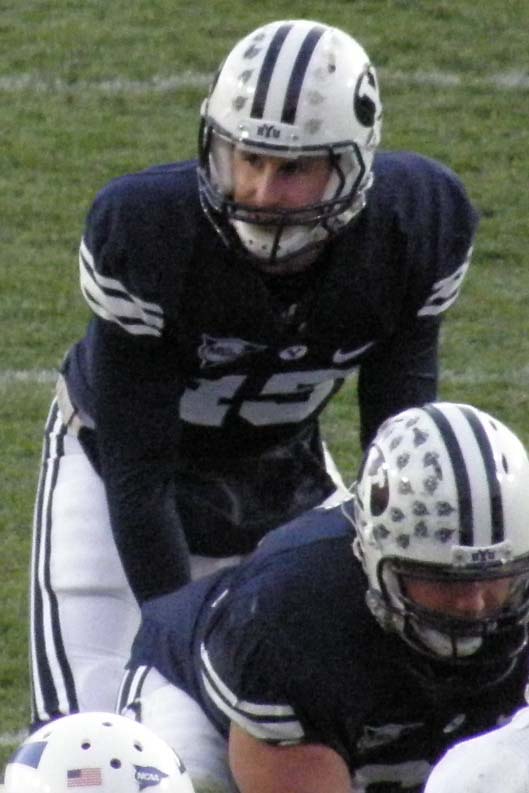 From Mixed Martial Arts fighters and professional wrestles, to Olympic gold-medalists and extreme sports there is no shortage for stories relating to substance abuse on and off the field. Couches and players alike have come out once in a while to shed some light on their personal experiences with drug and/or alcohol dependence issues. Football has found itself in the spotlight before, and now another famous star quarterback has come out to talk about his history with drug addiction and how it impacted his career and his life at home.

Max Hall was born October 1st, 1985 and earned a name for himself as an American football quarterback playing college football at Brigham Young University (BYU) in Provo, Utah. Then he was signed as an undrafted free agent to the Arizona Cardinals in the NFL in 2010. In his first few months he quickly climbed the ranks from 3rd string to starting quarterback.

Hall was waived/injured on August 24, 2011, and was reverted to injured reserve after passing through waivers unclaimed on August 25. After being released by the Cardinals, Hall did not play professional football throughout the remainder of 2011 and all of 2012.

According to a recent interview, Hall said that his fear of losing his position as starting quarterback for the Arizona Cardinals contributed to him abusing painkillers, and in September of 2014 a drug arrest brought the former NFL player’s rising career to a screeching halt.

Hall spoke frankly this week with reporters about what led to his drug addiction, and ultimately what brought him to hit rock bottom as an athlete. Hall stated:

“I kind of lied my way through the concussion test and told the doctors what I thought they wanted to hear … because I wanted to play. Looking back, that was a huge mistake.”

Now, having completed rehab and began a transition back into his life Hall is using his experience to talk about his recovery and rehab.

At one point the up and coming athlete had a number of concussions and a shoulder injury, which led to him being prescribed Oxycodone for the pain. The world has been woken up in the past few years to the reality that these powerful narcotics have the potential to be extremely addictive, and have had a massive influence on the opiate addiction epidemic and overdose issue. Instead of using the medications just to treat physical pain, Hall said it became a crutch to numb him to his other issues, such as his fear about his career being over.

“Not only did it take away the pain from my shoulder, but it took the stress and the anxiety and the depression away,”

“I had just become the starter. I had just won my first game. I was afraid that if I told somebody, I would lose that.”

Hall tried to treat the issue quietly with help from a recovery program through the NFL, but by his own admission he didn’t pay as much attention to his problem as he should have.

The disease of addiction came rushing back to the forefront in the fall of 2014 when he wasn’t expecting it. Hall stated that he mixed some pills with other stuff that put him in a position that was “pretty tough and embarrassing.” And soon he found himself out of a job as an offensive coordinator at Gilbert High School in Arizona.

But luckily for Hall as bad as the bottom got, it wasn’t as lonely as it gets for a lot of addicts out there. At his lowest point he was fortunate enough to have former BYU professors and players reached out to Hall to help him. He said one day after coming out of his stupor and turning his phone back on he was contacted by a few individuals that huddled in around him and tried to give him the support he needed. Now Hall just wants to share that experience in hopes that his message can help someone else.

Athletes are put under a lot of pressure to succeed, even if it means overcoming injuries and persevering through pain by any means. But the sad part is, that can actually hurt them a lot more than it helps in some cases. Too many talented individuals are held back by the constrictions of their addictions, but it is never too late to change the play-book and get a fresh start. If you or someone you love is struggling with substance abuse or addiction, please call toll-free 1-800-951-6135