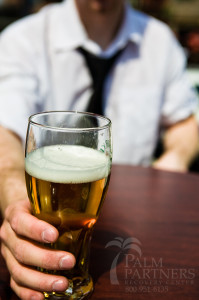 Here again with another addition to the series that tries to address some of the more questionable conduct we catch ourselves slipping into in recovery, this segment on relapse behavior will be focused on the concept of convincing yourself you’re not an alcoholic. As said before, relapse is a more complicated and drawn out process than most people like to give it credit. No one accidentally shoots heroin or binge drinks. Relapse has many symptoms and related behaviors that show up far before the actual act of using or drinking again actually takes place, but this articles intention is not to accuse anyone of relapsing or to be judgmental, it is merely to try and relate to those who may be struggling of the issues they may be facing.

I’m not an alcoholic because…

As alcoholics or addicts, we typically have a pretty good track record on manipulating situations to fit our wants and needs. We are usually pretty good at talking others, or ourselves, into risky or unhealthy situations for the sake of getting our drink or drug. So when we start convincing ourselves we aren’t alcoholics, we are playing dangerous mind games with ourselves.

We probably try to convince ourselves we aren’t alcoholics for a number of reasons, but really those are just excuses that we create because the real reason is simple, we want to drink or use again. We probably use excuses like:

There are all types of rationalizations we can create for ourselves to believe we are no longer alcoholics, or that we never were alcoholics. It is often not very well rooted in the truth, it more frequently is just a subconscious response our mind develops for us when we start to become complacent or over confident in our new found sobriety.

The problem with convincing yourself you are not an alcoholic should be pretty obvious. Once you have successfully talked yourself into the idea that you can control your drinking, or even using, and that you are at no risk of really getting back to your bottom for whatever reason you will probably drink again. This kind of thinking is basically premeditating a relapse, justifying it as a logical choice because the consequences of drinking or using don’t apply to you.

This kind of relapse behavior is also dangerous because of the impact it can have on others. If you walk around trying to convince others like you have yourself that you are not an alcoholic for whatever reason, a newcomer or even another vulnerable alcoholic could perceive this as a sign that they may fall into the same category as you do, and they may begin to believe based off your own justification that they will be able to successfully drink, or use again.

Alcohol Relapse for the Addict

I can personally say I have met people who were in the grips of a very serious drug addiction, that had taken them from one bottom to another, and cost them jobs or homes, but when I asked them if they thought they could drink successfully they said ‘yes’ without thinking twice. This is probably one of the more common and dangerous forms of this kind of relapse behavior.

Convincing yourself you’re not an alcoholic is the most blatant relapse behavior because you are actively trying to plan your relapse, and it can be especially dangerous for the individual who convinces themselves that they are a ‘drug addict’ so being an alcoholic does not apply to them. Some people think that because they never drank much in active addiction, or because they do not enjoy alcohol that much that they will be able to drink and be OK. I know this  true with my relapse.

The truth is people who admit that they are drug addicts but deny that alcohol would have any power over them are overlooking a pretty obvious hole in that explanation, alcohol IS a DRUG! I have went over this a few times in other articles, and by definition alcohol is a drug, and it is probably the most dangerous because of how it affects the body, the mind, and because of the fact that it is legal. Not only is alcohol a drug, but it has the ability even if you don’t abuse it right away to develop into a serious habit, and to pollute your thinking enough that you make an even worse decision like trying to use drugs again.

Alcohol has a way of convincing us that we can control things we cannot, and if you think you’re an addict but NOT an alcoholic, your opening the flood gates to convince yourself you can get high after you have had enough drinks. Plus any good drug addict knows that you can try and substitute for a while, but eventually you go back to your drug of choice.

I admit myself that I had a hard time being convinced that I am an alcoholic, and once I was it took me one relapse to prove it to myself. At the end of the day only you can diagnose yourself as a ‘real deal’ alcoholic. There are a number of questions you should ask yourself before shrugging off this concept, and in recovery there are plenty of people who you can try and relate your experiences to. But once you do admit that you’re an alcoholic, you need to be aware that convincing yourself you’re not later is just your mind manipulating itself into a drink or drug.

What is very important to understand is that a relapse is not necessary in order to convince yourself that you are an alcoholic. I was lucky to make it back from my relapse, and I even knew before I relapsed that I was an alcoholic, but like I said we find plenty of reasons why we should be exceptions, but really we just want a good enough excuse to drink or get high again.

Relapse is not necessary for recovery, but sometimes it becomes part of it for some people. Not everyone makes it back from a relapse, and recovery is a precious gift that should never be taken for granted. Whether you have never tried to recover, or you have relapsed, understanding the nature of your addiction is vital in order to survive and thrive in recovery, regardless of the substance. If you or someone you love is struggling with substance abuse or addiction, please call toll-free 1-800-951-6135