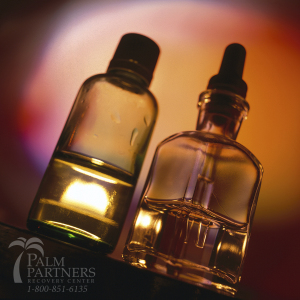 Synthetic drugs have become a considerably relevant issue in recent years, with everything from the drug Kratom to Spice, these chemical cocktails are designed to fly under the radar while being solicited to teens as a quick buzz for a small price. But they are far more dangerous than the makers lead customers to believe, and are causing a great deal of harm to those using them. Recent reports show that a new substance referred to as ‘Cloud 9’ is a disguise for Bath Salts, having found a way to slip by authorities undetected as a liquid. This has already caused a few teens in Michigan to be hospitalized, and authorities have begun to take immediate action to halt the drug from spreading.

The newest threat to kids that is making it to more and more high school students is a synthetic drug given the street name ‘Cloud 9’ or ‘Relax’. In Fraser, Michigan there has been a recent outbreak of activity in regards to this new subtle substance that has sprung up among teens in the area. Fraser Public Safety Director George Rouhib was reached for comment in regards to the current circumstances surrounding the ‘Cloud 9’ problem and what they already know about the drug. Rouhib said,

“It has the same affects as cocaine, meth and ecstasy. A person can basically have a heart attack. They’re putting drops on their tongue, or mixing drops with chewing gum candy and soft drinks.”

Rouhib when on to state that ‘Cloud 9’ is being purchased at many gas stations, but that it is not visible to the public at most of these locations. The tenants of the establishments that may still carry it keep the substance behind the counter. In the past few months Rouhib noted that there have been allegedly five teenagers to overdose on ‘Cloud 9’. Just last week two students at John Glenn High School were rushed to the hospital after ingesting the drug.

Fraser officials specifically are currently working with local law enforcement officials to develop a plan of action, in hopes of eliminating the threat presented by this new and deadly drugs. Officer Rouhib stated that the ultimate goal would be to make it so distribution of “Cloud 9” products would be a felony charge, and possibly even possession itself.

Canton Township police in Michigan state that four students from Salem High School were rushed to the hospital, and were believed to have inhaled or ingested ‘Cloud 9’, which is so potent the cops handle it with gloves.  It was being distributed at or near Salem High School. One of the four victims was reported to have been behaving erratically the morning of the incident. Det. Sgt. Chad Baugh provided local news with information about the case,

“He was walking around, he bumped into a teacher, spilling coffee on the teacher. The teacher went to address the student and he really was unresponsive to a large degree,”

The day before that particular incident, another 17-year-old girl had become ill. She was still hospitalized when the other three students that had taken the drug required medical treatment. They were suspected to have ingested the ‘Cloud 9’ through a vaporizer commonly used for e-cigarettes.

“By taking eight or nine drops on her tongue which led to what we believe was a medical reaction where the fire department was called to assist her.”

Baugh later spoke briefly about their investigation into the sale and distribution of this new threat, and about the growing concern among the community to stop the spread of this drug at the source by raids done on the local businesses dealing the substance.

“We have a person who we believe has been distributing this ‘Cloud 9’ and we understand probably at least one location that’s selling it,” said Baugh.

Canton Township police are making progress in the investigation, and Canton Township Deputy Police Chief Debra Newsome reached out to comment on the headway, and issued a warning about what these drugs can create as far as harmful physical conditions in those who take them,

The Canton Township police are on a mission to warn students about the dangers of these drugs, as well as to put an end to the sale. Plymouth-Canton schools are telling parents:

Like most synthetic drugs that emerge and make serious waves in any underground market, what makes them extremely dangerous is the fact that they are completely legal. Every time a synthetic drug is put together and finds its way public there is always a period of legal sales, which makes the situation worse because more people are exposed to it, and more people run the risk of being seriously affected by the drug before officials can take notice to the danger it poses to the public. But thankfully word is traveling fast to store owners about how dangerous it is, and what kind of trouble is soon to come with it.

The thing that makes ‘Cloud 9’ and other synthetic drugs so dangerous is that they typically remain legal for a while. The fact that these drugs go undisputed for a while leaves more people vulnerable to them. But there are also other drugs that are dangerous and have been legal for a long time, like alcohol. Drugs of all forms can have a serious devastating effect on the lives of those who use them, and when drug abuse is an issue, lives are always at risk. If you or someone you love is struggling with substance abuse or addiction, please call toll-free 1-800-951-6135