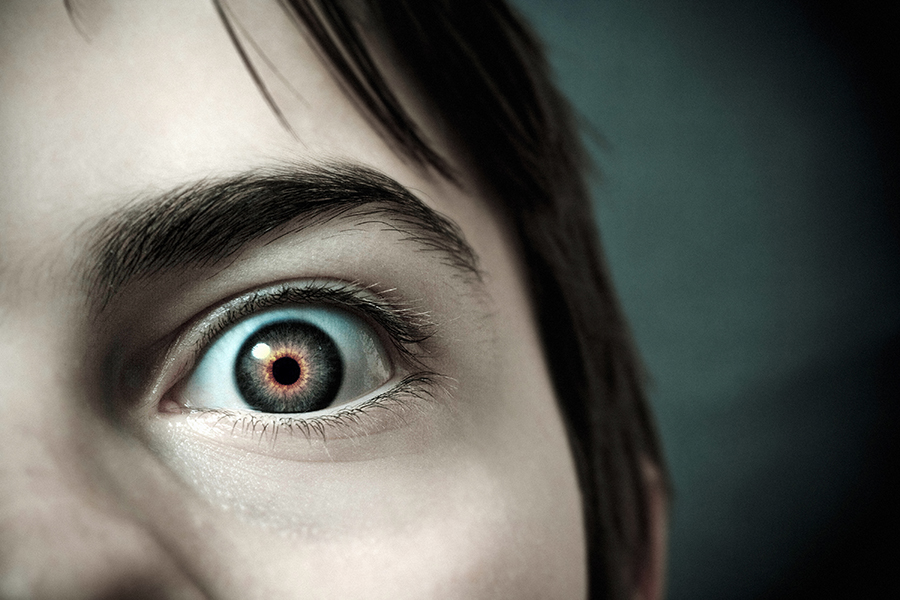 What do you see when you look in the mirror? What collage of color and contrast can you catch in your reflection? Is there more than meets the eye hidden in the hues that captivate your pupils? And what does this have to do with drinking? If the eyes are the windows to the soul, can they tell us about the spiritual abnormality of the alcoholic?

Well researchers involved in a recent study are now suggesting there is a surprising possibility linked between the color of your eyes and your capacity to develop a drinking problem.

These curious findings were published in the July edition of the American Journal of Medical Genetics (Part B). But this isn’t the first time this kind of claim has been made. The results shown by these researchers actually echo the results of earlier work published by a study conducted at Georgia State University in 2000, which found that people with light-colored eyes consumed significantly more alcohol than those with darker eyes.

Researchers from the University of Vermont working on this new study defined light-colored eyes as:

Through their data the survey suggests that people with these kinds of bright eyes may have a greater chance of becoming dependent on alcohol.

According to one of the lead researchers, Arvis Sulovari, who is a doctoral student in cellular, molecular and biological sciences, and Assistant Professor of Microbiology and Molecular Genetics Dawei Li, Ph.D., the study defined “alcohol dependence” using criteria from the Diagnostic and Statistical Manual of Mental Disorders – 4th Edition. Li co-led the study with Ph.D. student Arvis Sulovari.

The numbers for the survey were sampled from 1,263 European-Americans. Alcohol dependence according to the given definition appeared to be more prevalent among those with light eyes than those with dark brown eyes. Scientists also controlled for other variables that could influence the result, such as:

More specifically, the people in the study with blue eyes had the highest rates of alcoholic symptoms.

A genetic interaction is when one gene influences the effect that another gene has, and the researchers stated this study also found a “statistically significant” interaction between genes for eye color and genes associated with alcoholic tendencies.

These findings suggest the hope of finding the genetic roots of alcoholism, and it also may offer a connection to many other psychiatric illnesses.

In a recent interview Li stated the next step is to try and replicate the study’s results. Next, Li wants to delve deeper into the relationship between cultural background and genetic makeup, continuing his quest to find the mechanisms of mental illness.

If future studies still show a correlation, Li says, researchers will try and determine whether the link is strictly due to genetics, or if cultural factors play a role. He admits these being an alcoholic is an extremely complex disorder, and such disorders often are related to many environmental triggers, so it’s obviously not suggesting that all light-eyed individuals will be alcoholic or alcohol dependent. In an interview Li stated:

“Right now it’s a question for us — we don’t know what drives this,”

Nevertheless, the research seems to suggest an intriguing possibility: Could eye color be used as part of a valuable piece of the diagnosis process for a clinic specializing in treating alcohol dependence?

The idea of finding the genetic nature of a drug addict or alcoholic has long been debated. Many firmly believe that the disease of alcoholism is hereditary, and now more are falling in line with that assumption. The idea that we can use other genetic markers to identify alcoholism may seem a bit far-fetched at first, but it presents an interesting concept.

Seeing is believing, so while this research continues to take a closer look at the risks implanted in your retinae, the world watches for the proof to come full-circle in perspective.

While you may not have light-eyes, it doesn’t mean you’re not an alcoholic either. Alcoholism and drug addiction can infect anyone’s life, and the nature of the disease will trick some into thinking they aren’t affected. The truth is regardless of your eye color, you can see a brighter future when you take the steps toward recovery, and you don’t have to look too far for the help you need. If you or someone you love is struggling with substance abuse or addiction, please call toll-free 1-800-951-6135