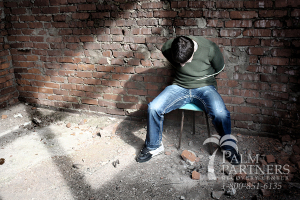 Some people really think that they had it bad in rehab, but in all honesty can you imagine the experiences of people who have been limited to resources that are focused around the ‘ruling with an iron fist’ type strategy of treatment? What’s that you say, you just wouldn’t go?! Well in areas like Guatemala City it might not be up to you! If your family decides you need treatment, a squad of man-hunters will track you down and detain you long enough to force you into a dingy detox. So besides the fact that this area is a hot spot for pit-stops on the drug smuggling trade, the possibility of forced rehab under extreme prejudice makes Guatemala one of the world’s worst places for addicts.

The Drug Climate in Guatemala

There is no residential state establishment for addicts in Guatemala. And with the addiction problem as bad as it is, private rehabilitation facilities have filled the void. There may be up to 200 Christian centers in Guatemala, possibly holding 6,000 people at a time. Dr. Kevin O’Neill, from the University of Toronto has made an anthropological study of the centers and gives the statistic, however he states it is not known how many of these centers practice the aggressive “man-hunt” tactic Marcos experienced.

Dr. O’Neill believes Guatemala is meeting an outpouring of addiction in their area. This location in Central America means the majority of illicit narcotics moving from South America to the United States touchdown here at some point, and the result is an explosion of the local market for highly addictive drugs like crack cocaine.

Marcos is a refugee from Guatemala’s civil war in the 1980s that grew up in the United States but was deported back to his parents’ homeland after serving a prison sentence. Marcos still has family in California, causing the owner of the rehab center in Guatemala that uses less than popular tactics to see Marcos as a money-making proposition. The owner failed to get contact details for Marcos’ family to ask them for money for Marcos’ keep, despite the fact that he was hunted down and detained against his will.

All that is behind him now – Marcos is clean, and is dedicated to mentoring young people, but he wanted to share his experience with one of the harshest rehab experiences out there. Marcos was accosted by a group of men in Guatemala City and forcibly taken to a private, Christian rehabilitation center where he saw a lot of tough treatment.

“I was there for about a month and a half, and nobody knew anything about me. People thought I was killed or something, because that’s what happens in Guatemala. I saw terrible things in that rehab – the owner used to beat up the girls. He would tie up the guys and roll them up like a taco in a piece of carpet, and leave them there for hours.”

Marcos was freed when a friend came looking for him, and demanded his release. He says his stay in captivity did nothing to help him quit his alcohol and drug habit.

“People came out madder and more furious. Instead of being rehabilitated, you just went out to get high again.”

The ‘Rescued from the Abyss’ Center

The founder and director of the Rescatados del Abismo (Rescued from the Abyss) center is Pablo Marroquin, a born-again Christian and former drug addict now 22 years clean. Pablo Marroquin lives on the ground floor of a building in Guatemala City with his family, his budgerigars, and a pack of dogs. On the first floor, behind a locked, barred door, there are 54 addicts. Marroquin had a strong testament about his beliefs in his methods.

“I’d been in other rehabilitation centres, but I wanted to make mine more personal. I put it in the hands of God – he’s the only one who can rescue us from drug addiction.”

Many of these addict will not be allowed to leave for at least three months – but it could be years. Only the addicts’ families or the director himself decide when the addict is released from rehab.

The space is congested and far too small for so many people. Off a common area, there is a bathroom. While most of the addicts must sleep on the floor, only the privileged get to sleep on crudely constructed bunks, and there is a separate bedroom for the six women internees. One addict named Carlos has been in and out 30 times has actually been put in charge of punishment and regulations.

Forcing an internee to clean the floors or to work at night are other forms of punishment. Pablo Marroquin has nearly no patience with arguments about the regime he runs, and whether or not it violates the rights of internees. Marroquin insists when asked about the severity of his methods,

“What about families? What we do is give families peace, so their loved one doesn’t get himself into trouble. And so that he won’t kill them.”

This fierce detox dictator seems to have one theory as to how to address the addiction issue, and that is to beat the problems out with religion, chores, and sometimes violence. But he honestly believes it to be the best way.

“I experienced God’s mercy – he rescued me. He brought me to a rehabilitation centre where I met myself, and I met God. And these days, I’m a happy man.”

Internees are partly controlled by enforced attendance at meetings. They spend seven hours a day telling and re-telling each other their stories, charting their descent into addiction. These meetings are the only “therapy” they get any kind of access to. Kind of makes you miss your own home-groups and one on one counselor session.

The groups are simple:

While listening to the testimony, the residents sit in a dark room with barred windows. It is impossible to see the street from anywhere inside.

Imagine your own family and their desperation to get you help for your addiction. The same emotional anxiety exists with these families, and the families call the rehab centers asking for help, and the addict gets swept off the streets and into this type of facility. Carlos said,

“The vast majority, I would say 95% of the internees are here against their will. It’s our role to bring them here, and that can mean using handcuffs like the police. Sometimes a family will say their son is very violent and has a knife or machete. In those cases we tie him up before bringing him here.”

A ministerial accord of 2006 states that an addict can be interned when they are not in a fit state, but once they have recovered sufficiently, they must give consent, making this method only somewhat legal, in the most shady way. But by all accounts, consent is rarely ever given.

At the Ministry of Health, the regulation and co-ordination of the centers all falls on Hector Hernandez, who has fought the last 14 years to try to improve the centers to be more humane. He has closed some, but he says forced detention has never been proven.

“Not even the attorney for the defense of human rights has been able to establish there are people detained against their will – there’s been no confirmation of any allegations made.”

There is no data about how successful the rehabilitation of addicts is in Guatemala. In 2012, the United Nations called on all member states to close mandatory drug detention and rehabilitation centers, declaring that there is no evidence that these facilities represent a favorable or effective environment for the treatment of drug addiction. So even though there are some facilities that are properly managed and maintained, Guatemala is still one of the worst places in the world for addicts simply because these man-hunters can snatch you up, lock you up, and practically hold you hostage in attempts to punish you into sobriety.

So next time you feel like rehab is too scary, or if you have experienced treatment before and feel like there are too many rules to follow, remember that those rules are there to help keep you safe, comfortable, and healthy while you change your life. Also keep in mind that some people in other countries like Guatemala are captured, tied up and forced into slums and made to perform labor and live in less than desirable conditions to get clean! Might help you appreciate the residential stay and holistic therapy options you are offered at facilities that are practically paradise in comparison. If you or someone you love is struggling with substance abuse or addiction, please call toll-free 1-800-951-6135.