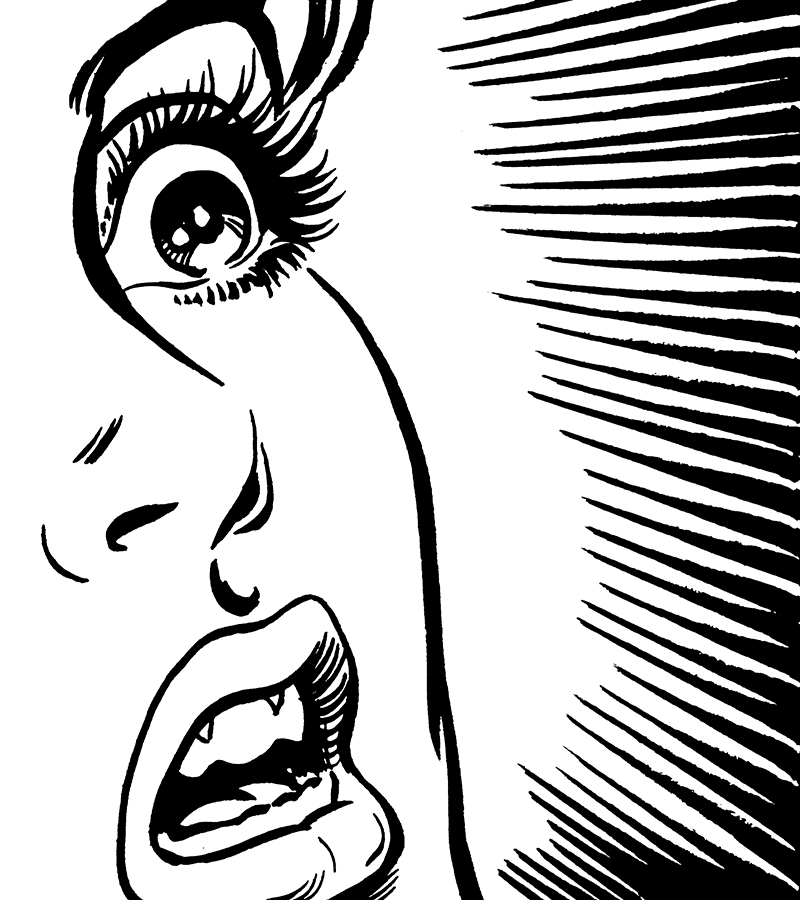 This is in no way an endorsement to go out and do some drugs. We just think it’s important for people to know what’s up before having discussions about drugs. Below are common misconceptions about drugs that seem to stand the test of time. Get ready to have your mind blown; even I was surprised by some of these. Here are 10 surprising drug myths busted!

Ecstasy Eats Holes in Your Brain.

Around 2000, MTV and Oprah Winfrey took to the air to make this erroneous claim. Apparently, this myth was based on a brain scan of an ecstasy user that was misinterpreted; the scan showed what appeared to be ‘holes’ in the brain tissue, however, this was the result if how a computer coded the image. The areas that were thought to holes were in fact areas of decreased blood flow.

Yet, the following year, the National Institute on Drug Abuse (NIDA) continued to allege that ecstasy caused permanent brain damage. But, a decade later, NIDA reversed its position and issued a study concluding that ecstasy may not cause harm to the brain at all.

Most Crackheads are Black.

Despite media and news reports that like to perpetuate this one and despite the popularity of depicting crackheads as Black (think Dave Chappelle’s character Tyrone Biggums), a 1991 NIDA study reported that 52% of crack users were white. Furthermore, in 2012, the Substance Abuse and Mental Health Services Administration (SAMHSA) found that 62% of adults who had smoked crack in the past year were white; only 27.9% were black.

As far as overall drug use, some data shows that whites have a higher rate of drug use than blacks, even though there is a greater percentage of a blacks incarcerated for drug-related crimes.

There is a ‘Crack Baby’ Epidemic.

The many early studies declaring the emergence of a new social problem: the crack baby had failed to account for the effects of poverty and insufficient prenatal care as other factors leading to the birth defects and developmental problems that were occurring. To be sure, it’s not a good idea to smoke crack while pregnant (or at all) but, crack just isn’t quite as bad as initially thought.

Barry Lester, the Brown University professor who directed the Maternal Lifestyle Study, told The New York Times, that, when comparing the babies of crack smokers to those of non-crack smokers, “Are there differences? Yes. Are they reliable and persistent? Yes. Are they big? No.”

And, in fact, some experts now say drinking alcohol during pregnancy leads to more pronounced and devastating effects on the baby than does smoking crack.

Doing Heroin One Time Will Get You Addicted.

Yes, heroin makes you feel good. And yes, if you do it long enough, you will go into nasty withdrawals. But, doing heroin once does not mean that you will wake up a full-blown junkie the next day. In actuality, only 23% of people who try heroin go on to become dependent on it. And, although that’s still a pretty high number, it just doesn’t support this drug myth. And, in case you need something to compare it to: 32% of those who try tobacco go on to become dependent. Therefore, cigarettes are more addictive than heroin.

The War on Drugs Is Working.

If you read our blog, then you already know that this one’s a big fat lie. But, for those who aren’t in “the know,” the war on drugs has been an utter failure, causing more harm than good. Despite costing a lot of money – $1 trillion since 1971 when Nixon declared war on illicit drugs, the only thing to come out of the war on drugs is having the world’s largest prison population. Not really anything to brag about. As for any lasting result? Furthermore, The Wire reported that the overall drug addiction rate has remained fairly constant – around 1.3%, since the 1970s.

This one came as a surprise to me. Especially since we’ve been experiencing a heroin and overdose epidemic in this country as of late. As it turns out, not all heroin overdoses are really heroin overdoses. The cause of a so-called heroin overdose is more likely attributed to the mixing of drugs: many heroin users concurrently take tranquilizers, alcohol, and cocaine and are therefore at greater risk for sudden death. Likewise, in a 2014 article in The Daily Beast explained how regular heroin users can appear to overdose: “In many cases, what causes a daily, well-tolerated occurrence to suddenly result in an unexpected death is the mixture of substances, such as alcohol or sedatives.”

Heroin is More Dangerous Than Alcohol.

Again, this is something we have written about on a couple of different occasions. You may recall the name Professor Nutt who, in 2010, developed a rating system that ranked 20 drugs based on the 16 different types of harm they might cause, e.g. to self and community. Alcohol ranked the highest in several of the categories, including accidents and suicide, health risk, rate of addiction, injury, family adversities, and economic cost to the community. And, overall, alcohol had the highest score, meaning that it had the highest level of danger associated to it. Just for reference, alcohol rated a 72, while heroin was in a far second place with a 55, followed by crack at 54. Things that make you go “Hmmm.”

Although crack is an appetite suppressant, it is not a very strong one. There are other drugs out there, like amphetamines that have both a stronger appetite-suppressing effect as well as a longer half-life. It’s true that many crack smokers experience some weight loss and weight loss is even considered one of the symptoms of an addiction to crack cocaine addiction. However, that weight loss could be a result of other reasons, such as a lack of concern about nutrition and an the tendency to spend all available funds on drugs rather than food.

Marijuana is a Gateway Drug.

This one is more about coincidence rather than cause-and-effect. Although it’s been found that someone who smokes pot is 104 times more likely to try cocaine, it’s important to remember that correlation between marijuana use and hard drug use does not necessarily mean causation. Al Arkowitz and Scott Lilienfeld wrote in Scientific American, “Many studies have found that most people who used other illicit drugs had, in fact, used marijuana first. Although results such as these are consistent with the gateway hypothesis, they do not prove that using marijuana causes the use of other drugs.”

And besides, how many people who went on to using hard drugs used alcohol and cigarettes first? I bet it’s more than those who smoked pot first.

Some people seem to be under the impression that going to jail will help them ‘kick’ their addiction but, that just isn’t the case. Drugs are smuggled into prisons all the time, either by an inmate’s visitor, eve by some of the guards, or else by other inmates returning from their work-release assignments or from a furlough. And, in recent years, there have even been some stories of people attempting to smuggle in drugs using drones.

If you or someone you love is struggling with substance abuse, it can be hard to find answers – even in the vast universe of the internet. Call us toll-free at 1-800-951-6135 to speak with an Addiction Specialist – someone who can answer your questions and talk to you about substance use disorder, addiction, and the signs to look for. We can also talk to you about your options on handling the situation.