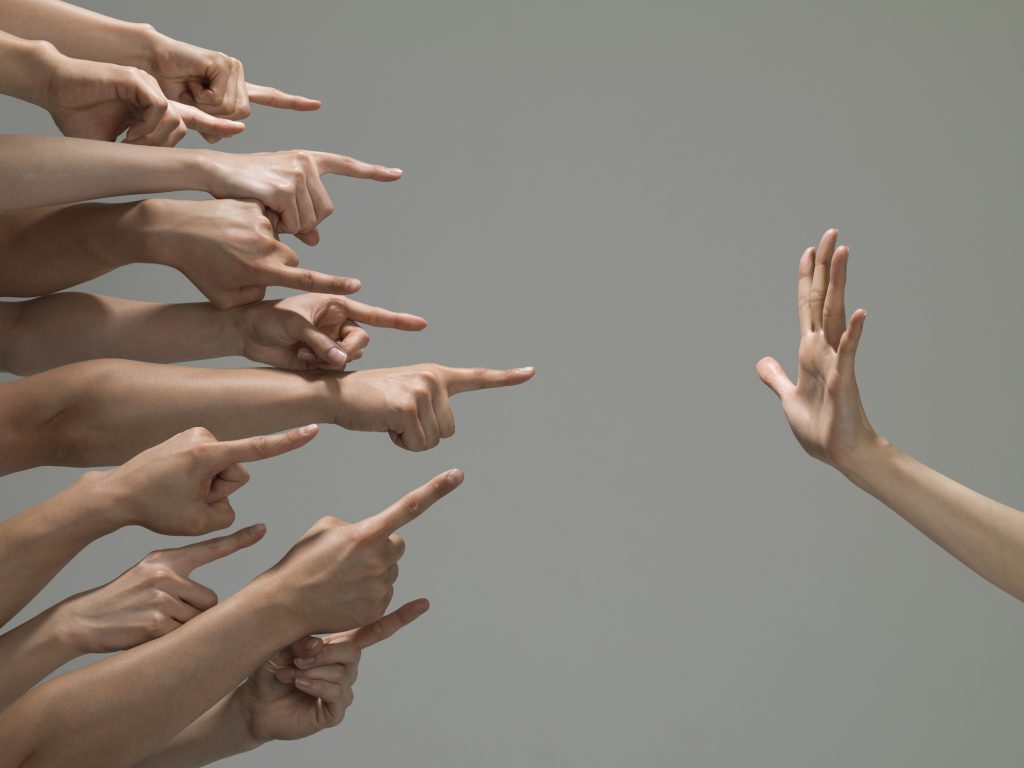 Does anyone else remember that episode in Game of Thrones when Cersei Lannister (played by the amazing Lena Headey) was marched naked through the streets of King’s Landing for the “walk of atonement”? During this public ritual punishment, the Queen Mother is followed by Septa Unella, who rings a bell to attract the attention of the crowd while repeatedly crying out “Shame!” to encourage the people to leer and jeer at Cersei.

Remember how well that worked out… for everyone… especially Septa Unella?

Well, in case you are one of those people who have never watched this show and have no clue what I’m talking about… SHAME!

But seriously, the thought of it drives home a big point about how people try to use shame and disgrace to modify the behaviors they disapprove of. People in modern times, outside of the 7 kingdoms, will say stuff like “shame on you” or “you should be ashamed of yourself” in an attempt to deter someone from doing something they do not agree with. Sometimes, with good intentions, parents use this tactic as an alternative to physical punishment. Other times people will use shame to manipulate and control others.

But does shame really work? In the case of shaming people with addiction, it doesn’t seem to go far at all.

One thing people first have to understand is the difference between shame and guilt. Some would say that someone who has no shame is someone who lacks humility or a conscience. People may say that if you don’t feel ashamed, you must think you are too good for others or have no consideration of others. However, that is not necessarily the case.

When someone feels guilt, that is something from within that compels us to see the fault in our own actions. Guilt is based on your own view of something you have said or done that has been harmful to others. It is the consciences way of keeping us in check. Guilt and shame are not the same thing.

Shame is how we experience the disapproval of others. It is the adverse emotional response to being singled out and judged by others for being wrong or doing wrong. So guilt tells us that we know something we are doing is wrong, but shame is the outside world telling us it is wrong even if we don’t feel that inside.

Acting with clear knowledge that a behavior is unacceptable is what typically inspires feelings of guilt. Thus, it is associated with a specific behavior and is not likely associated with psychological distress such as depression.

Shame can relate specifically to one’s entire self. It says “I am wrong” instead of “my choice was wrong”. This can put people at risk of developing unhealthy conditions like:

Shaming someone into changing is manipulating their fear or social isolation or criticism to control their behavior. Our connection to each other is so crucial for out well-being, both psychologically and physically, that it can often be used against us. For some people the level of social rejection from shaming will scare them into avoiding that emotional punishment. Yet there is still an issue with this method at its core.

It’s like in that movie Inception, when Leonardo DiCaprio taught us all how to dream within a dream (I’ve been watching a lot of TV lately). At one point they talk about how an idea implanted in the mind won’t take if the mind knows it wasn’t organic; if it didn’t come from within.

Shame can be like that. If you tell someone that they should be ashamed of themselves for using drugs, they might stop because they need the social connection. However, if they do not themselves see that their drug use is harming themselves and others, then shaming them will drive them into hiding to avoid persecution.

For many who suffer with substance use disorder the addiction itself has an extreme emotional attachment of some kind. If the individual is motivated enough to use drugs, or believes they are capable of control without consequence, the shame will only result in them hiding their problems even more and further isolating themselves.

Shame and Stigma and the Self

The shame of the stigma of addiction can be counterproductive to an addict getting help. Ultimately, shame can drive stigma and further damage the individual’s chances of personal development. People can internalize shame and sabotage their self-worth, which often causes people to care less about their own safety.

If their choices are being dictated by anxiety then the destructive habits can increase as the shame drives them to remove themselves from those who disapprove of them. This isn’t only true for addiction. Shame can influence other adverse actions, such as:

Shaming people with addiction or people with mental health disorders is only supporting the stigma that make them feel separated from us. Telling an addict to be ashamed of themselves for their addiction may force them to do something, but this strategy is vastly ineffective when compared to compassion and support.

Research has shown shame is especially damaging when inflicted by someone who the individual is deeply connected to. Parents, family members, spouses and loved ones who shame each other create lasting imprints on one another. That strong emotional leverage can create an even deeper divide between us and the ones we love by diminishing our self-worth.

So shaming our loved ones who struggle with addiction may be less likely to inspire them to get help and more likely to scare them away from asking us for help when they need it.

No Pain No Shame

So to clarify, shaming someone may seem like it gets the job done, but in reality it is not effective at motivating healthy behaviors. In fact, shaming someone creates social withdrawal and undermines self-esteem. For someone struggling with substance use disorder, there is probably already enough feelings of disconnect of self-defeatism without being shamed.

Again, this doesn’t mean you can’t communicate with someone about how their behavior is impacting you. Setting boundaries and being honest is still important, but doing so in a compassionate way is more conducive to encouraging someone to do the right thing for the right reasons.

If we want to avoid hurting one another, we should avoid trying to shame each other into doing what we want. Shaming people with addiction isn’t going to heal their affliction. Making them feel separate and alone will not inspire the kind of change that creates stronger bonds. Focusing on celebrating good deeds can help a lot more than dwelling on every bad one and holding it over someone’s head.

Having a family member who has suffered can be harder on you than you know. Too many people don’t know how to get the help they need for their loved ones, and too many of our loved ones suffer for too long because they are afraid of the affects that the ones they care about most will face. If you or someone you love is struggling, please call toll-free now.