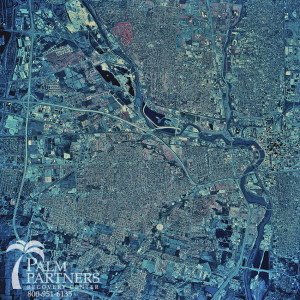 I have said it before, and I will say it again- I bleed scarlet and grey! I was born in Columbus, Ohio and that is where I have spent the majority of my life. I’ve lived in the ‘Short North’ area, in apartments in Reynoldsburg and Whitehall, even on a small farm in Etna, Ohio. I love my home town, and I will always be a native in Buckeye country.

In active addiction, it was easy enough to get a hold of the opiates that I abused. I was able to find dealers on all sides of Columbus and the surrounding suburbs and even farm towns. People illegally selling prescription painkillers come in all shapes and sizes.

In Ohio there is no neighborhood, race, age, or sex specific to drug dealers. I have met dealers who lived in big houses and dealers who had apartments designated for selling drugs. I’ve purchased opiates from everything from young black males to white house-wives. Even the sick and elderly will sell their medications to an addict. The point is the stigma of what your Columbus, Ohio drug dealer may look like is a lie! I know because I was one, although I wasn’t too good at it, and I surrounded myself with them.

Now because I spent so much time in Ohio as an opiate addict, I can also relate to how hard it is to get clean and sober in that city. Obviously you can get clean and sober anywhere if you are willing to do what you need to, but it sure is not easy. What may be less obvious is that Columbus, Ohio has a relatively large population of people in recovery. There were 12 Step meetings all around me that I never noticed, and some of those meetings have a growing population of young people.

Anyone who knows Ohio knows you come for the football and you stay for the riot. The bars and clubs on High Street in the college campus area are an intense place to be during these months, because we Ohioan’s take our Buckeyes VERY seriously.

Because of the season being the highlight of a lot of people’s party experience in Ohio, drinking and drug use increases a lot during this time. More people are packing into the bars and throwing parties on campus to watch the game, and for an opiate addict like me it was just another excuse to get as intoxicated as possible. This gets dangerous because I know I personally was drinking and doing more opiates during games, and pushing the limits further on my body.

Mixing excessive drinking and opiate abuse is a very deadly combination. I know there have been a few times I put myself at serious risk by sneaking off to the bathroom during commercials breaks between touch-downs to get high, and then would rush back to the bar and order more drinks. The parties goes longer too on game nights, and the streets of Columbus are alive with excitement, so I would use and drink for over 12 hours, and destroy my body.

Next time the team takes the field, reconsider everything you’re doing to ‘celebrate’ the game. We don’t burn a couch EVERY game, so let’s not overdose either.

In all seriousness, the opiate problem in Columbus, Ohio has taken a turn for the worst in my experience. When I first started abusing prescription painkillers back home, they were NOT as easy to come by. I barely knew a person who could supply me, and no more than a handful of my friends even knew about abusing painkillers. But all that has changed.

As time went on, and as my friends and I exposed more people to this habit, the severity of the situation sped out of control at an alarming rate. Before I knew it people who had never tried using a painkiller in their life were pawning anything and everything to get them. I watched people who were honor students and athletes become addicted and desperate in almost no time at all. And I watched families and friends damaged by overdose’s and deaths.

Other issues came to light. Heroin abuse was next to come out of it, as more and more people decided it was the stronger opiate. And with that came more desperation, more depression and conflict, and more tragedy. The little pill problem began to shift into a ‘Heroin Epidemic in Ohio’ and lives of close friends and their families changed forever.

Columbus, Ohio is my home. I love my city and all the beautiful culture and people there that I have grown to know in my life-time. The Buckeye State is in no way beyond saving, in fact awareness is being raised and causes are rising up to combat the opiate addiction problem in Ohio. The crazy part is a large amount of the painkillers sold in Columbus come from out of state, and the community is doing what it can to effectively alter its own pain clinic policies.

Recovery from opiate addiction is not only a possibility; it is an amazing opportunity for people who are afflicted with substance abuse or addiction to find a new quality of life. Being an opiate addict from Columbus, Ohio I take great pride in the growing sober community I personally know there, because I grew up, used drugs, and now share the experience of recovery with some of those people. My recovery started with Palm Partners, and I am grateful to share that experience. If you or someone you love is struggling with substance abuse or addiction, in Ohio or anywhere else, please call toll-free 1-800-951-6135.