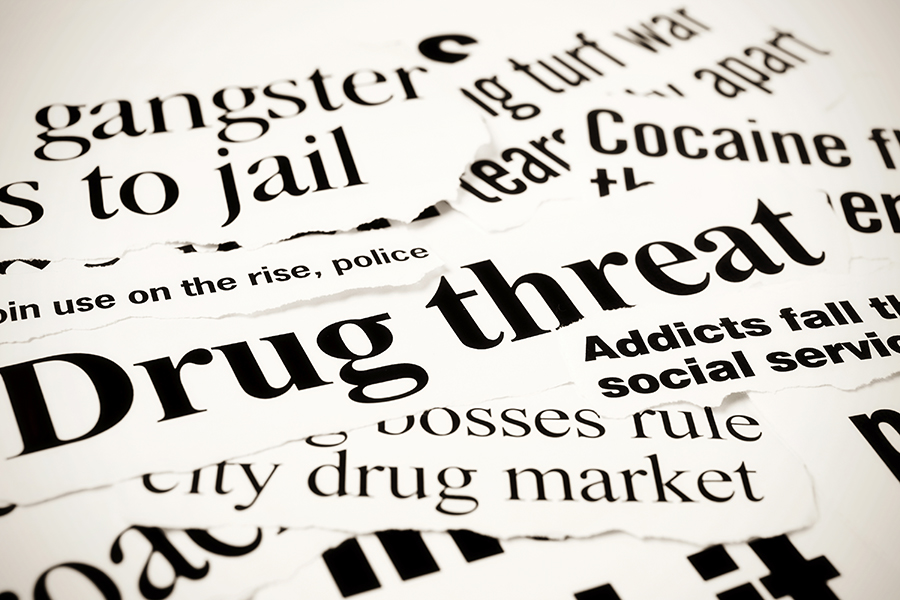 2014 is just about done, and as we prepare ourselves for whatever series of adventures awaits us in 2015, we look back at a lot of historical moments we experienced in many areas of our culture, and a big one is the ‘War on Drugs’ and its progress internationally thus far. It was a year that was thick with violence, corruption, incarceration, addiction and stigma just to name a few. Many insist that the ‘War on Drugs’ is a failed enterprise that we will regret not having a better hold of later on, in fact 82% of Americans recently surveyed believe it has failed.

Some stories echo our larger issues and concerns such as military and economic resources. But when we take a closer look at these 6 headlines and see the bigger picture, these are just a few of the articles out there that seem to sift through the grimes to highlight why the policy of prohibition actually sustains the very drug war between governments, citizens, and cartels that claim lives on all sides.

Not a single shot was fired when Mexican soldiers and cops closed in on “El Chapo” Guzmán, Sinaloa Cartel boss and former Forbes list billionaire back on February 22, 2014 in Mazatlán. While some say that’s the best possible outcome, others insist there is an underlining meaning that is a lot less optimistic.

“landmark achievement, and a victory for the citizens of both Mexico and the United States.”

However, according to an expert on Mexican drug traffickers George Grayson,

“The takedown of El Chapo is a thorn in the side, but not a dagger in the heart of the Sinaloa Cartel.”

Drug-related violence has continued in recent months. Second, was it all a set-up? Retired DEA officials seem to believe thiese circumstances sound a little more than far-fetched.

In China the tobacco habit is severe, killing around 1 million annually.

In April The WHO encouraged China to use graphic warnings on cigarette packages to fight the tobacco epidemic.

Why did the epidemic emerge? According to law professor Charles Whitebread, a long-term change in US smoking patterns created partly by federal and state regulations helped prompt this drastic change in Asia. Cigarette companies were soon confronted with a restricted market in America, so many opted to shifting their operations out of the United States and into China, Whitebread concluded.

At a 2012 conference, officials proposed the idea of price and tax measures to reduce the demand for tobacco, among the idea for graphic warnings and other initiatives.

China may adopt these proposals. Its government is considering a hike in cigarette taxes, while Beijing is considering a ban on smoking in all the city’s indoor public spaces, on public transport and in the workplace.

Tuesday November 4th, 2014 the voting midterms drew to a close by early evening and as all the results were tallied and laws were forged and forfeited, it became clear that voters were largely in favor of legalizing marijuana in several states.

Oregon, Washington D.C. and Alaska were among the states in America that had weed winning in the midterms for various forms of legalization of marijuana.

A year ago Uruguay became the world’s first country to legalize the production and sale of marijuana. And in May, it publicized the regulations that will govern its marijuana market. President José Mujica argued that comparing Uruguay’s pot policies with Colorado’s that the United States marijuana model is one where “you prescribe it yourself” as opposed to the Uruguayan system, which regulates consumers.

President Mujica said the Uruguay policy is not designed to promote and expand marijuana use, just to regulate the present population of smokers. Residents 18 and older will be able to choose between three forms of access to non-medical weed

Each buyer will register with the government and be restricted to 10 grams each week.

In the year 2014 national experts have indicated that in East and Southeast Asia the use of ATS [amphetamine-type stimulants] has both increased and diversified, according to the UN Office on Drugs and Crime’s annual World Drug Report.

A paper published in Brookings Institution in March of 2014 further elaborated on this idea, stating that China has increasingly evolved into a producing country of new synthetic substances, amphetamine-type stimulants (ATS) in particular. The report also stated that China is a final consumption market for those same substances, stating:

“38 percent of registered drug users, almost 800,000 people, were identified as users of ATS.”

2014 also was a year for record level of Opium production in Afghanistan. The US military noted in October that regions opium poppy cultivation has almost tripled since 1994. Mother Jones reported,

“That’s despite more than a decade of American efforts to knock out the Afghan drug trade—at a cost of roughly $7.6 billion.”

Other reports claim the last time opium trafficking and production was markedly reduced in Afghanistan was in 2000—the last year the Taliban was in power.

Then later in 2001, only one of the country’s regions continued extensive cultivation. That region just happened to be the 5% of the territory the Washington-allied Northern Alliance controlled, and the United States had teamed with these warlords to assault the Taliban after 9/11.

Some claim that the US military presence has been enriching warlords at the expense of others, and that the booming “illicit trade” is also a vital source of funding for the Taliban insurgency, and a major contributor to the country’s rampant corruption.

According to a recent disclosure, Washington is actually planning to increase the number of troops in 2015 present in Afghanistan, but with so many claiming that American military activity only seems to promote the drug trade, will this really help the ‘War on Drugs’ in the area?

According to a recent national study of hospital emergency department visits for opioid overdoses published online by JAMA Internal Medicine, 67.8% of the overdoses had prescription opioids (including methadone) involved. This number was followed closely by heroin overdoses, and other unspecified opioids and multiple opioids.

The study analyzed 2010 data from the Nationwide Emergency Department Sample and was adjusted to generate national estimates. Opioid drugs including:

These were the medications prescribed by doctors that are credited as the cause of the estimated 92,200 hospital visits, which is more than 5 times the number of deaths involving opioid painkillers in 2010.

Researchers found that out of all recorded emergency room visits that were a result of a drug overdose:

The ‘War on Drugs’ has never been limited to US soil, and in many of these international cases we seem how even change in other countries can effect Americans. Earlier this year there was a report published by the London School of Economics titled “Ending the Drug Wars”. The report was signed by several officials including:

“The pursuit of a militarized and enforcement-led global ‘war on drugs’ strategy has produced enormous negative outcomes and collateral damage,”

The report went on to state:

“new global drug strategy should be based on principles of public health, harm reduction…and human rights.”

Four months later, the Global Commission on Drug Policy picked up where this report left off, when several high ranking officials called for:

“governments to decriminalize a variety of illegal drugs and set up regulated drug markets within their own countries.”

These 7 are all just a few examples of how politics and policies have played out in 2014, and notes how we can start to see a slight shift in an attempt to try and provoke change in the way the world collectively views and addresses the ‘War on Drugs’ on all fronts.

At the same time, it goes to question whether or not the ‘War on Drugs’ is a wholesale failure, or if the primary method needs to be shifted from prohibition to education and regulation. Some think maybe the focus should stop being put on punishing those arrested for drug charges and more on providing chances for treatment.

While the ‘War on Drugs’ may have a lot of changes coming in 2015, the opinion varies as to whether that means the fighting will dwindle, or if the struggles will rage on as people try to adapt, both citizens, authorities and cartels. One thing is for sure, drug and alcohol treatment will continue to strive toward innovation in whatever way to do its part. If you or someone you love is struggling with substance abuse or addiction, please call toll-free 1-800-951-6135