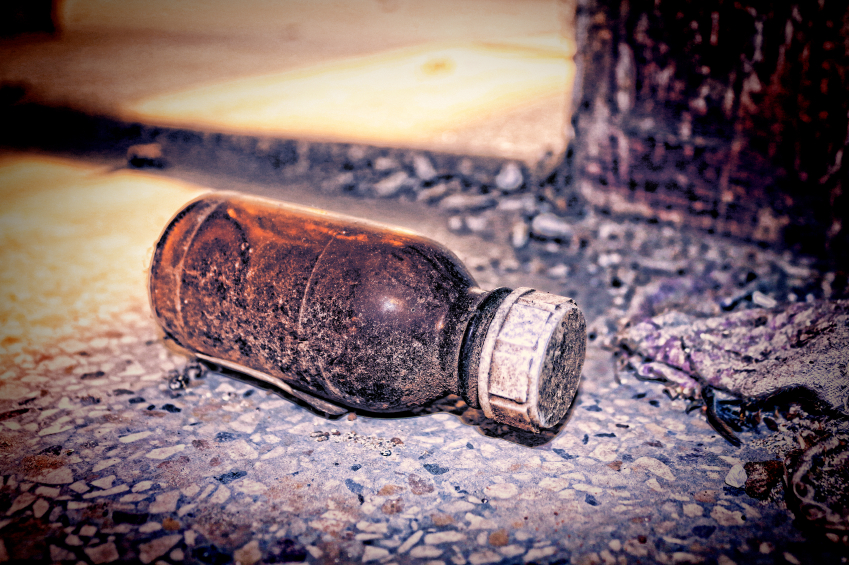 Names like “sizzurp” AKA “purple drank” have been popularized by pop-culture, but these pertain to the cough syrup combination of codeine and promethazine, a harder to obtain mixture.

However medicine containing DXM is frequently sold over-the-counter. Although in some states, you need to be 18 years old to purchase it, it does not require a prescription which increases their general accessibility to those looking for a “household high.” The truth is, even over-the-counter this drug is deadly.

Cough syrup has been abused as a cheap high, but the dangers in the doses are so much more than many people suspect.

Dextromethorphan (DXM) is the active ingredient in many brand-name cough suppressants such as:

DXM has long been abused by young adults to achieve a high, but abusing cough syrup means users must take multiple times the doses recommended for treating colds. Some abuse cough medicine by consuming an entire pack of gel caps or even multiple bottles of syrup.

The reality is that most people underestimate abusing cough syrup because it is legal and such a common thing found in almost every medicine cabinet across the country. However the danger in these doses makes abusing cough syrup a potentially lethal legal high.

The effect experienced from the abuse of DXM is typically categorized into four stages:

Chlorpheniramine, the antihistamine in Coricidin, causes “anticholinergic” effect in high doses, which has effects including:

Acetaminophen appears as the last active ingredient in Coricidin, as well as myriad other over-the-counter and prescription medications. This ingredient is frequently taken with other medications sometimes also containing the drug, making accidental overdoses a fairly frequent occurrence.

An overdose of Acetaminophen can cause delayed liver damage and can do enough damage to require an organ transplant.

The combination of cough syrup abuse and other substances often exaherbates the effects of the DXM and other drugs included in the cough syrup’s formula. This puts those abusing these over-the-counter meds at an even more elevated risk of causing some devastating damage.

The Substance Abuse and Mental Health Services Administration (SAMHSA) has taken some interest in cough syrup abuse, and according to their stats:

This phenomenon appears to be increasing throughout the country, even though cough syrup has never been as well known as other narcotic drugs. with potentially lethal consequences for those who partake.

A Medical Toxicology fellow at UCSF named Annie Arens stated calls to the California Poison Control Center concerning teens abusing Coricidin have jumped from 3% to 25% of all calls to the Center in the past few years, with no signs of slowing down.

Some teens are aware even of the dangers of acetaminophen overdose, purposely purchasing Coricidin to abuse that is acetaminophen-free. Yet they willingly take on the threats of overdosing on DXM and chlorpheniramine. Some are aware of the increased hazards of taking DXM with alcohol.

What many young people don’t seem to know is that when taken with antidepressants like MAO inhibitors or SSRIs, even in a regular daily dose, DXM may produce a life-threatening serotonin syndrome.

Either way despite all that has happened, some parents are still very unaware of the potential of abusing DXM cough syrups and how fatal it can be. Many parents and acquaintances often leave these substances around the house, oblivious to the perils that are blended into the medicine when young adults and teens misuse it to catch a cheap buzz. The truth is the buzz can kill, and the cost of life definitely should never be as cheap as a bottle of over-the-counter cough syrup.

Whether a drug is a street narcotic, prescription medication or an over-the-counter medicine drug abuse is dangerous and can even be deadly. Abusing drugs often leads to addiction and often stems from a much more complex problem, but there is real help out there. If you or someone you love is struggling with substance abuse or addiction, please call toll-free 1-800-951-6135