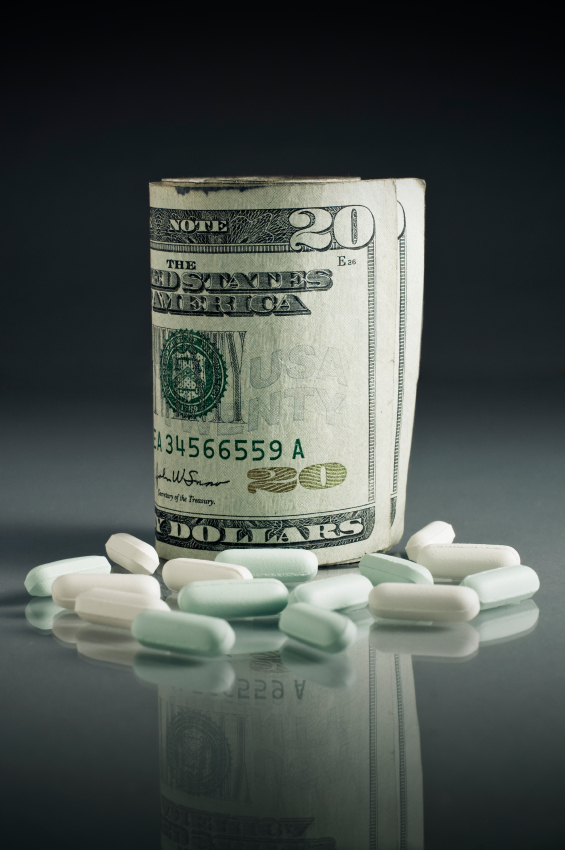 Prescription drugs such as OxyCodone and Percocet have been usual suspects involved in the opiate epidemic that has devastated the nation, while also making a crushing contribution to the overdose outbreak.

It has long been established that prescription drug abuse, specifically opiate abuse, has a direct connection to the growing issue with heroin addiction. Several stories about Big Pharma schemes and unethical doctors have highlighted the severity of the circumstances, while countless patients have inadvertently ended up desperately addicted to opiates through pain medication.

Raising awareness has become a huge focal point of the efforts to fight addiction, as knowledge truly is power when trying to overcome such pervasive poisons. The labors to pioneer new policies to deliver structured support and innovative options for treatment is become more prevalent, and it seems as the momentum mounts, so does the backing.

The Center for Disease Control (CDC) made the announcement this month that there will be a staggering $20 million in grant awards intended for programs designed to reduce prescription drug abuse and overdose.

That’s right… $20 Million. It seems politicians and organizations have seen the cost of life and the cost on the communities, so now everyone with a budget is chipping in.

The new program being founded and funded by the CDC is being called “Prescription Drug Overdose: Prevention for States,” and these programs are set to provide funding to 16 states to help expand their prescription overdose death prevention programs. These 16 states include:

The states completed a competitive application process in order to be selected for these programs, and surely there are others in need who will benefit from these initiatives at some point in the future. At the same time, several states NOT on this list are also receiving assistance from the “Heroin Response Strategy,” with funds from the White House Office of National Drug Control Policy (ONDCP) including:

Building off the Budget

The plan doesn’t stop with those 16 states and the first $20 million either. After the first slate of funding for 2015 the CDC also plans to keep contributing financial assistance to the states, paying out between $750,000 and $1 million a year over the next four years to finance the fight against addiction.

One primary factor the funding being used for is improving prescription drug monitoring programs. The money will also be dedicated to:

“With this funding, states can improve their ability to track the problem, work with insurers to help providers make informed prescribing decisions, and take action to combat this epidemic.”

CDC Director Tom Frieden seems to believe in the proactive concept of this program, trying to get in front of addiction, while getting behind recovery efforts. Frieden commented:

“The prescription drug overdose epidemic is tragic and costly, but can be reversed. Because we can protect people from becoming addicted to opioids, we must take fast action now, with real-time tracking programs, safer prescribing practices, and rapid response. Reversing this epidemic will require programs in all 50 states.”

Although the CDC praises programs for prescription tracking as a sustainable solution to opioid abuse, some experts have criticized these methods in the past as only providing a faster route to heroin addiction. These critics believe that throwing money at making it harder to get pills isn’t going to fix the addiction issue, and that makes plenty of sense when considering the immeasurable number of addicts out there already who will swiftly turn away from crushing and popping pills to a stronger substance and soiled syringes.

The “Heroin Response Strategy” we mentioned is actually just a small portion of the $25.1 billion the United States government is planning to spend fighting drug use, while other organizations and communities rally together in collective support of groundbreaking programs for fighting prescription drug addiction and overdose as part of the opiate epidemic in America.

I have to say we sure are hearing about a lot of money getting thrown into this issue, so hopefully that money will be matched with a conscious effort by those who can make a difference to inspire and nurture change.

So far the prescription drug problem, aligned with the opiate epidemic, has been very costly to American life, while tearing apart families in every state. Beyond the price of prisons, treatment and law enforcement, the price of life has been immeasurable, so seeing big budget companies throwing their hat in the ring with funding to support recovery is very refreshing. There is always hope, and people willing to help make a change. If you or someone you love is struggling with substance abuse or addiction, please call toll-free 1-800-951-6135