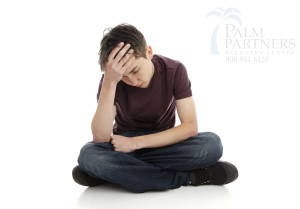 “It’s a fundamental need to have a good sense of self. Without it, people may become pathologically unhappy with themselves, and that can lead to some very serious problems.”

“someone who exhibits three or more symptoms, such as failing attempts to quit using drugs, giving up important activities like work, sports or seeing family or friends in order to get or use drugs, and using increasingly larger amounts of a chosen drug or for a greater period of time than intended when the drug use began.”

FSU sociology professors John Taylor and Donald Lloyd, along with University of Miami professor emeritus George Warheit wanted to find out if – and to what extent – childhood low self-esteem can predict drug dependency later in life. They conducted a study, which was published in the Journal of Child and Adolescent Substance Abuse, of a multiethnic sample of 872 boys collected over a period of nine years.

Taylor says that, “Low self-esteem is kind of the spark plug for self-destructive behaviors, and drug use is one of these; it’s a fundamental need to have a good sense of self. Without it, people may become pathologically unhappy with themselves, and that can lead to some very serious problems.”

The professors found that low self-esteem, along with peer approval, meaning that if a child’s friends approve of drug use, are present at age 11, it can be predicted that that child will be drug dependent at age 20. Data were first gathered when the study’s subjects were in sixth or seventh grade, with three more interviews that were conducted over a nine-year period. A final follow-up interview was given when most of the participants were between 19 and 21 years old.

To test very low self-esteem, which the researchers refer to as ‘self-derogation,’ the participants – all boys – were asked to rate their belief in statements such as, “In general I feel I am a failure” and “I don’t like myself as much as I used to.” They were then asked to rate their friends’ level of approval toward people who smoked marijuana or cigarettes, drank alcohol, or used cocaine.

The researchers concluded that children (boys) with very low self-esteem (self-derogation) were 1.6 times more likely to meet the criteria for drug dependence by the end of the study, when they were nine years older, when compared to other children. Another major risk factor for developing drug dependence is that of early drug use, which the study’s researchers also gathered from their study.

By the time the study participants were 20 years old, nearly 64% had used drugs, and 10% of those drug users had developed a drug dependency as defined by the DSM.

Importance of the Study

A simple questionnaire such as the one used by the researchers in this study could help parents and teachers identify at-risk kids, says Taylor.

“The fact that you can identify a group of people who are at risk for problematic behaviors is very important,” Taylor said. “If you can intervene on a group of people before they begin drug use or embark on a cycle of addiction, that could have huge health benefits.”

An Important Note on Female Counterparts

It is worth noting that the researchers did not include female students in their study. Taylor cautioned against extrapolating the findings to girls. That’s because other studies have shown that low self-esteem in girls typically manifests itself in different ways when it comes to girls; depression and eating disorders are much more common than substance abuse.

If your child exhibits low self-esteem and you are concerned about possible substance abuse or eating disorder, don’t wait to get help. Substance abuse leads to drug dependence and addiction. Call us toll-free at 1-800-951-6135 to speak directly with an Addiction Specialist. We can answer your questions and share our resources with you. You are not alone. We can help.