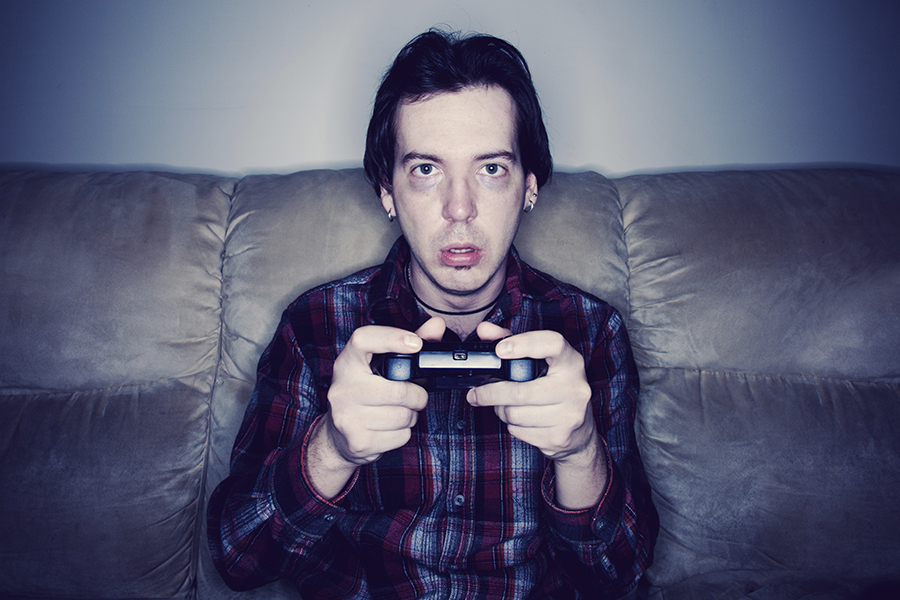 I don’t know about you, but if you put me in front of a game, hook me up to the internet and tell me to go crazy- I’ll probably do exactly that, and a little crazier than you intended. So a week later when you peel me from the couch and scrape the junk-food off my shirt, we can talk about my thoughts on internet and internet gaming addiction. For years now there have been differing opinions in the debate on how internet addiction can impact people, and how to best treat those afflicted.

Some think internet addiction in connection to gaming is reaching new levels, especially with many people getting wrapped up into internet gambling. As always different theories promote different answers, and now we can take a look at two countries as they are attempting to treat a problem that seems to have the same effect in both, but the two approaches are very different.

Since September 9th, 2013 America’s first hospital–based Internet addition program has set up shop at Bradford Regional Medical Center in Bradford, Pennsylvania.  First the patients undergo an extensive evaluation and a “digital detox” that prohibits phone, tablet or access to the internet for at least 72 hours. Then they’re admitted to attend therapy sessions and educational seminars to help them get their internet compulsion under control.

The program is run by Kimberly Young, a psychologist who began studying internet addiction in 1994.  In 1995, she founded the Center for Internet Addiction, and as the World Wide Web became more pervasive, her phone started to ring.

Young defined Internet addiction more specifically by the consequences of overusing the internet, rather than the number of hours spent online. She said there was a difference between people who depended on modern technology but could balance their online life with their offline life, and people whose obsession prevented them from functioning normally.

This facility is just one part of a growing field of study as far as the possible complications of internet addiction, and it’s relation to social media and smartphone technology.

There are currently 62 boys and six girls in treatment at what is known as China’s oldest Internet addiction treatment center in Beijing, but these individuals experience a rehabilitation program very much unlike the ones we use here.

The facility is run by military doctor Toa Ren, and in its time of active service the center has treated 5,000 people since 2004. The aim of this program is to break the habits of game-addicted teens through labor and military drills, while monitoring the effects of gaming on their neurological activity.

These drills and boot-camp style activities seem very close to the kind of “tough-love” approach that has been tried before in places like the Scared Straight programs in the United States. While some may felt these tactics were effective, the country as a whole seems to have considered the “tough love” style treatment to be discredited and actually harmful for teens.

Tao Ren believes that the rising problem is partly due to the high number of children without siblings who he says live in homes where they are home alone more often because parents work a lot. Stiff competition and economic problems in the region also contribute to the pressure on young people to do well at school, and online gaming can provide some of the needed connection and sense of community that these kids are missing in their isolation, but also an escape from the stiff demands of the world around them.

With approximately 632 million internet users and 113,000 internet cafes dispersed around China, including locations that operate 24 hours a day, experts estimate that 10% or 33 million Chinese people are addicted to the internet, some even calling it “electronic heroin”. When considering the evolution of technology and the fact the smartphones and WiFi are keeping people more connected than ever, that may even be a modest prediction.

The government has taken various measures to tackle the problem, including:

But still, many of these facilities are privately run, and the people running them tend to have minimal healthcare experience. In addition, the living conditions can be extreme, and at times even life-threatening

China’s internet addiction treatment centers are highly controversial and in their history there have been a number of intense and disturbing incidences that make some wonder how effective these treatment methods could be in comparison to safety.

Internet addiction is consistently becoming more understood and acknowledged as a hazardous compulsive condition, and there are theories as to how to take preventive steps and how to identify the more unhealthy behavior. A few countries are trying on a few treatment methods, and they are offering some very different perspectives. Time will tell how much we can learn about the full extent of symptoms and risks associated with internet addiction, and hopefully more productive and effective treatment will come to light.

There are so many forms of compulsive behavior that evolve into devastating and dangerous addictions. Internet addiction and dependence on social media is being linked to the more common forms of addiction like drug abuse. Regardless of what it is that is pulling you down, there is a whole world of healthcare devoted to changing your life. If you or someone you love is struggling with substance abuse or addiction, do not hesitate any longer. Please call toll-free 1-800-951-6135. We want to help. You are not alone!