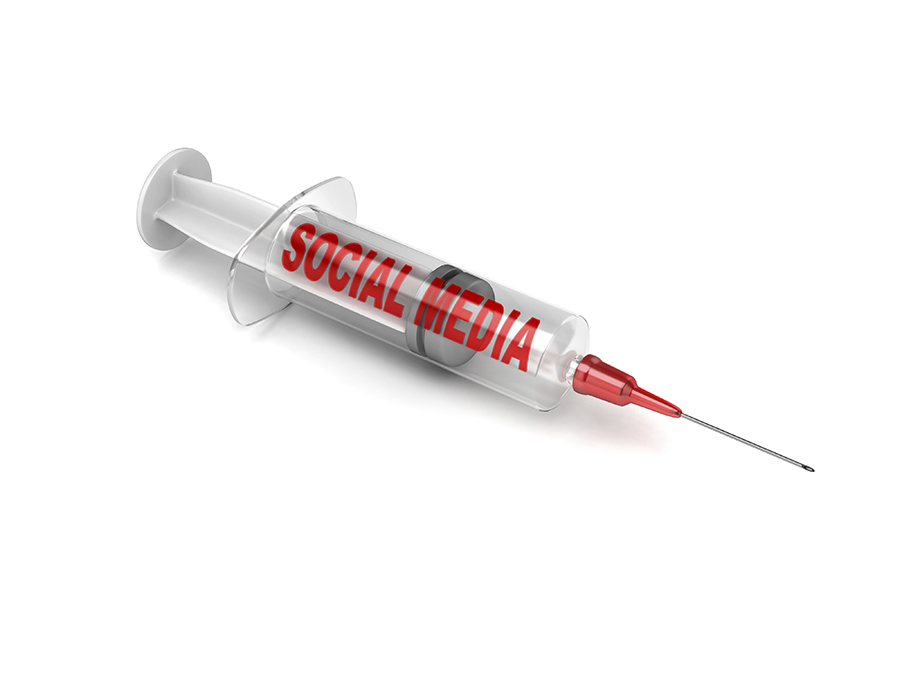 While you might think internet addiction and social media addiction are just the latest in trendy “news” and not really real problems, a new study shows that being addicted to social media is very much a thing, and it’s kissing cousins with substance abuse.

The reality is this: social media is a powerful behavioral conditioning tool that can cause its users to be more prone to other addictions.

Many social media users are probably aware by now of the feeling they get when they see a new notification: a “like” on a post or status, a shared post, or a new friend request. It’s addictive. And in fact, studies have shown that this feeling is very much due to the same process in the brain that drugs produce.

And because of this, a new study reveals, those who frequently use social media may be more susceptible to substance abuse disorders.

Researchers conducted the study at the University of Albany, surveying a total of 253 undergraduate students about their social media habits, internet addiction, emotion regulation, and alcohol use.

What the researchers discovered was this: the usage of social media sites evoked a reward response, which is a powerful form of behavioral conditioning. Furthermore, those participants who were deemed addicted to social media were also more likely to experience substance addiction, as revealed by their alcohol use.

Leading the study was Julia Hormes, who said Facebook and other social media sites are especially addictive due to the way “rewards” are presented to the user, and because of the accessibility to new notifications.

“New notifications or the latest content on your newsfeed acts as a reward. Not being able to predict when new content is posted encourages us to check back frequently,” Hormes said.

“This uncertainty about when a new reward is available is known as a ‘variable interval schedule of reinforcement’ and is highly effective in establishing habitual behaviors that are resistant to extinction,” she continued. “Facebook is also making it easy for users to continuously be connected to its platform, for example by offering push notifications to mobile devices.”

Of the study’s findings, the 253 undergraduates spent almost 33% of their time surfing the web on checking Facebook, and 67% had push notifications enabled on their phones. Of the study’s 253 participants, about 10% experienced what researchers termed “disordered social media use,” which translates to an addiction to checking Facebook.

Disordered social media use, according to the study’s researchers, results from a poor ability to regulate emotion, which is linked to an increase in risk for substance addiction.

“Our findings suggest that disordered online social networking may arise as part of a cluster of risk factors that increase susceptibility to both substance and non-substance addictions,” Hormes said.

Although social media sites like Facebook clearly have addictive qualities, especially when it comes to the reward sensation from receiving “likes” and comments – particularly positive ones, it cannot be said definitively that having the habit frequently checking Facebook translates to having a full-blown addiction.

“The question of whether or not disordered online social networking use can be considered a ‘true’ addiction is a tough one,” Hormes said. “I think the answer really depends on your definition of ‘addiction.’ Many people think of addiction as involving ingested substances. However, if we think about addiction more broadly as involving some kind of reward then it is easier to see how behaviors may be addictive.”

Behavioral addictions, such as gambling, shopping, sex, and internet use, can be just as damaging to your life – taking its toll on relationships, work, and mental well-being. If you or someone you know is struggling with substance abuse disorder or addiction, please call toll-free 1-800-951-6135.