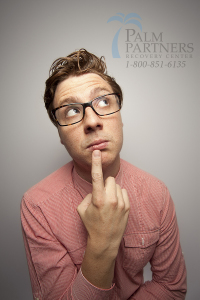 Habits are not the same as addictions, but bad habits share traits of addictive behaviors and moreover, bad habits can develop into addictions. This seems confusing but, there is a distinction between the two.

How do habits differ from addictions?

Addiction involves more than the traditional pattern of cue-behavior-reward. “It probably does involve habits in the formal sense—drug-taking rituals are a good example,” says Dr. Kyle Smith, an assistant professor of psychological and brain sciences at Dartmouth College Smith. “But it also involves extremely high levels of craving and motivation, a great deal of behavioral flexibility, and a lack of impulse control.”

Therefore, addiction involves several parts of the brain: the basal ganglia, the prefrontal cortex—an area associated with self-control—and deeper-rooted limbic systems—one being the mesolimbic dopamine circuitry, which increases motivation levels for the drug of choice.

Alternatively, neuroscientists believe that habits form in solely in the basal ganglia, a key area of which is the dorsal striatum area of the brain.

Although we don’t all have addictions, we all have habits. These are deeply-ingrained behaviors that are difficult to change, especially when faced with new goals. A habit is specifically defined as “an association that builds up between a stimulus—cue, [or] context—and a response—any sort of behavioral reaction, though usually one learned to get a goal,” Dr. Smith says. “It works like a reflex.” Habits can be good; they serve us. We depend on them for our survival. Once the cue-behavior-reward is learned and recorded as habit in our neural circuitry, we can focus on other, more important things. And that’s precisely why they’re so hard to break, says behavioral psychologists Dr. Wendy Wood and Dr. David T. Neal.

Habit vs. Addiction: What’s the Difference?

Habits are a result of conditioning. That is, the more common negative and positive reinforcement approach that you see parents using with their kids and teachers using with their students. A habit can be broken and then return once triggered by a sound or scent of something that originally cued it, for example.

Addictions, on the other hand, are more likely influenced by intermittent reinforcement learning. Sometimes called variable ratio reinforcement, you never know what you’re going to get—and it keeps you coming back for more. Think about gambling addiction, this is perhaps the best example of intermittent reinforcement learning, because the person interacting with the slot machine or dealer has no way of knowing what they’re going to get – if they’re going to win. But it’s the chance at winning – because they’ve won some before – that keeps them coming back for more.

“Most of what we call addictions these days are simply behaviors that get reinforced and lead to adverse consequences for the individual but do not represent any special process that is not active in everyone every day,” says Dr. James Claiborn, a clinical psychologist and author of the book, The Habit Change Workbook. “If we want to change behaviors, then we want to look at these same principles of learning and what we know about behavior change and modify controlling variables including reinforcement schedules.”

Habits haven’t yet “hijacked” the brain circuits that play a part in addiction, such as memories, emotions, and impaired decision-making; all of which are not yet intricately linked to the substance or the behavior as they are with a full-blown addiction. So it might be possible to intervene at the right moment in order to prevent them from becoming addictions.

Are you struggling with a substance abuse problem and aren’t sure if it’s a bad habit or an actual addiction? Addiction Specialists are available 24/7 to answer your questions. Call toll-free 1-800-951-6135.