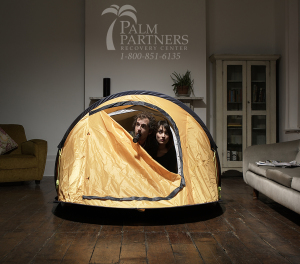 Ladies and gentlemen, I present the latest edition of Crazy News Stories of the Week.

Steven Torres, 32, of Melbourne, FL faces a charge of soliciting prostitution after he offered an undercover police officer a chicken dinner in exchange for sex.

Torres was one of seven other men who were arrested during a Sanford police prostitution sting.

According to the police report, Torres was arrested after making arrangements to pay the officer a mere three dollars and some chicken in exchange for sex .

He was released on $250 bond, and he will be arraigned Dec. 1 at the Seminole County Courthouse.

#2. Bumbling Burglar Rescued at the Scene of the Crime

Just north of Denver, Paul Felyk, 35, fell through a gap in a building’s roof during a botched burglary, becoming trapped between the walls…for three days.

Employees in the building first alerted police on Monday, after hearing noises. Police responded but didn’t find anything.

Employees then called the authorities again the next day, this time after hearing a man screaming inside the building.

A police department spokesman, said: “Crews determined the man was stuck between the exterior and interior walls.”

Firemen had to use a circular saw and cut into the side of the building in order to free Mr. Felyk.

Denver Police Sgt Matt Cage said that Felyk will probably face criminal charges once he recovers. He is currently in the hospital and is being treated for dehydration and injuries to his lower body and limbs.

Cage said, “He has not been arrested, but we’re investigating him for an attempted burglary.”

The two men are separated by 6 feet 6 inches.

To celebrate the 60th anniversary of Guinness World Records, Sultan who towers at 8’ 3” travelled to London to meet Chandra who measures just half an inch shy of two feet.

Sultan, 31, is a part-time farmer from Turkey, said, “Even though he is short and I am tall, we have had similar struggles throughout our lives.” He added, “When I look into Chandra’s eyes, I can see he’s a good man.”

Chandra, 74, lives in an isolated village southwest of Kathmandu in Nepal, said, “I’m honored to be in London; I’ve always wanted to visit and the fact I get to meet Sultan is special. I was confined to a small part of Nepal, now I am known to the world as the smallest man. I’m extremely humbled by the support I receive.”

#4. This Story is the Stuff of Nightmares But Ends Happily

A 91-year-old Polish woman spent 11 hours in cold storage at the morgue before it was found that she was, in fact, still alive. Staff at the morgue received the shock of their lives when her body bag started moving.

Janina Kolkiewicz had been declared dead by a family doctor after her niece found her in her home, unresponsive and appearing to not be breathing or to have a pulse.

The family had even started making funeral arrangements.

“I was sure she was dead,” her doctor told the local television channel.

“I’m stunned, I don’t understand what happened. Her heart had stopped beating, she was no longer breathing.”

After returning home, she was apparently unaware of how close she came to being buried alive.  Ms. Kolkiewicz told her relatives she felt “normal, fine.” After her miraculous recovery, she only complained of feeling cold and warmed up with a bowl of soup.

John Kramer, 50, drove his soon-to-be ex-wife’s car into the Delaware River, after months of in-fighting and family feuding.

Apparently, he had wanted to trade the 1990 Corvette for the minivan; two of five cars owned by the couple.

After three months of begging, his wife still refused and Kramer took to desperate measures.

“I didn’t want to put the car in the river, but everybody’s fighting over this damn car that I paid $3,600 for two years ago,” Kramer told FOX 29.

“I wanted the van, OK. I’ve been begging my wife for over three months to just give me the van. I wanted my minivan back.”

Kramer’s wife, who remains unnamed, has a protection order against him due to past abuse, thus forbidding him to contact her. According to the wife, Kramer texted their daughter before driving the car into the river, saying that she had two minutes to figure it out. Later he sent a message saying: “It’s done LOL.”

The woman said she was worried Kramer might harm her and their two teenage daughters.

He is now on the run, evading harassment charges, as well as reckless endangerment after several witnesses tried to search for the submerged car.

Crazy News Stories of the Week is meant for entertainment purposes. We take seriously the issues of substance abuse, addiction, mental illness, and recovery. If you or someone you love is struggling, please call toll-free 1-800-951-6135 and you will speak directly with someone who can answer your questions.