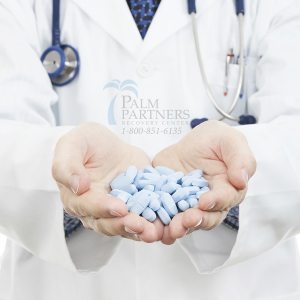 Another crooked physician is making headlines this week, and it is bringing more light to the already prevalent painkiller problem. Daniel Chan is a 47 year old California doctor who has been accused of being an illegal supplier of mass amounts of prescription drugs, and with all the focus on the prescription painkiller problem and how it has fed into the dangerous and devastating heroin epidemic, it is probably safe to say this if convicted he will be facing

The trial against Chan will move forward after he put in his not guilty plea. Chan is being charged with writing thousands of illegal prescriptions for powerful painkillers, and then laundering the money he received. This last week Daniel Chan was arrested in his home in California after 31 counts were filed against him in regards to allegedly distributing illegal prescriptions.

The courts case against Chan states that he wrote over 42,000 prescriptions, and has been doing so since 2010. The  primary medications he was writing prescriptions for included:

Chan was apparently on the clock for the majority of his time, between the hours of 8:00 p.m. and 2:00 a.m. on weekends he had written thousands of the prescriptions. The San Gabriel doctor reportedly post-dated the prescriptions he was distributing when writing them out to create the illusion that they had been written during the regular work week.

The arrest reports also describe how Chan was willing to provide some of these dangerous medications to people who were in no way in any shape receive them. One of the undercover officers involved in the investigation even told Chan he was “high and drunk”, but that did not even slop Chan down, let alone stop him from writing the prescriptions for the officer.

Another undercover officer was given a prescription even after showing Chan written documentation of his driver’s license being suspended for a DUI. Obviously, the doctor was not at all concerned with the health or safety of others. Acting U.S. Attorney Stephanie Yonekura said in a statement,

“Unscrupulous doctors who prescribe controlled substances without a legitimate medical purpose are simply fueling a black market of narcotics. These doctors are the same as street dealers who face lengthy sentences in federal prison.”

Chan will likely post the $140,000 bail in order to avoid time in prison for the moment, but will be confined to his home for detention and absolutely forbidden from practicing medicine during that time of the trial. Hopefully it will be a quick one, but either way he won’t be getting anymore illegal stashes of painkillers to his ‘patients’ for some time.

Doctors who have gotten involved with the trafficking and playing around with these dangerous prescriptions have also become prone to abusing the very medications they are illegally dispensing, which ultimately results in those same doctors going to extreme measures to obtain them.

Another similar case involved a former Las Vegas physician Dr. Kent Swaine. This doctor was actually arrested last August and brought up on charges of fraudulently obtaining controlled substances, which he did by posing as a dead patient for two years to score drugs!

Dr. Swaine had been writing prescriptions under the name of Alexander Hyt, a patient who died of cancer in August 2011 and posing as him at pharmacies in order to take home the drugs, and Swaine’s license had already been revoked due to his drug use. This is just one other case of a very wide spread problem with substance abuse and addiction becoming a commonality among physicians, and the state of California, along with the rest of the country, is trying to curb this growing trend before more and more addicts seek out even more deadly opiates.

While the war on drugs rages with its battles against prescription painkillers and the doctors running the pill mill empires, there are thousands of addicts and alcoholics seeking help and finding a way out through holistic healing, innovative therapy, revolutionary health care, and actively working a program of recovery. If you or someone you love is struggling with substance abuse or addiction, please call toll-free 1-800-951-6135.