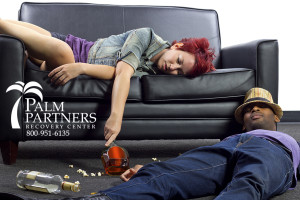 Have you ever got drunk until you woke up in a strange place? Have you ever came to in someone else’s home, wearing someone else’s clothes, and possibly lying next to someone else you don’t remember meeting? I know I can relate to all of the above! Alcohol induced blackouts are no secret to me. I have been the guy to wake up on my neighbor’s lawn chair with sharpie tattoos and a pair of lime-green daisy-dukes with no idea how I got there. The last thing I might remember is drinking after work, not knowing when to stop, and then the blackout ruins the night for me and probably a few other people in the process.

Blackouts are defined as episodes of amnesia, during which individuals are able to participate in events that can be mundane, significant, or even emotionally charged but later cannot remember the events, or their involvement. They are typically expected from binge drinking or heavy drinkers, but there are actually more mild-drinking alcohol-induced memory impairments then most people believe. These periods of amnesia impair the ability to form new memories while intoxicated, but usually it does not erase or effect memories created prior to intoxication. There are two primary types of blackouts:

Larger amounts of alcohol, especially large amounts consumed rapidly, can produce partial (Fragmentary) or complete (En bloc) blackouts; both of which are periods of lost memories relating to events that happen while a person was drinking. As the amount of alcohol consumed increases, so does the scale of the memory impairments.

There has been much research on alcohol-induced blackouts, and it has been noted that some people are more susceptible to memory impairment as a result of excessive drinking. It is safe to say it is not something that is exclusive to any type of drinker. If someone drinks more and more than others, they are not necessarily guaranteed to experience a blackout. Some people can drink less and still blackout.

Alcohol-induced blackouts are not a direct diagnosis of alcoholism, but they are definitely a symptom of the disease of alcoholism and a dangerous element of alcohol abuse. Not only do you run the risk of causing serious brain damage to yourself and you potential to store memories and information, but in a blackout state you are obviously impaired to the point where you could easily endanger the well-being of others around you.

Forgetting where you were and what you did last night is not as funny as some try to make it out to be. When you expect to go out and enjoy yourself and end up harming others, or yourself, or just losing any the experience all together you’re basically throwing away moments of your life. You run the risk of permanently draining your capacity to create memories, or you cut patches out of the memories you’re making and are never truly present in that experience. So you have to wonder, is it worth wasting right here right now with drinking just to not remember it tomorrow? Some people say they don’t want to remember their regrets. I can say personally I regretted more the moments I stole from myself because I was afraid to remember them.