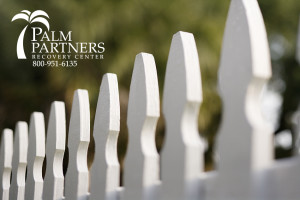 We’ve seen plenty of coverage about it in the news – heroin is currently an epidemic in this country and its use is far-reaching, even into areas like middle-class suburbia.

But, now according to HealthDay via WebMD News a study has been conducted, which supports this trend with actual science and statistics.

The Centers for Disease Control and Prevention (CDC) report that U.S. sales of prescription narcotics rose 300% in less than a decade, between 1999 and 2008. During the same time period, fatal drug overdoses tripled, a number, which in large part is attributable to prescription painkillers.

According to research published yesterday in JAMA Psychiatry online, heroin use was mainly a problem affecting teens living in poor, urban neighborhoods; it now is more commonly found among whites in their early 20s. That’s to say, the current typical heroin user is a middle-class suburbanite who first began using prescription painkillers.

Lead researcher for the study, Theodore Cicero, a professor of psychiatry at Washington University in St. Louis. “There really has been a shift, in just the past five years or so. There’s been a migration (of heroin abuse) to the suburbs.”

Although the current findings came as no surprise, Cicero added that “This is verifying, in a systematic way, what we’ve suspected.”

Before the 1990s, doctors weren’t prescribing powerful opiate narcotics, says Dr. Herbert Kleber, an addiction expert at the New York State Psychiatric Institute and Columbia University Medical Center in New York City. When treating pain became more of a priority, a ‘fifth vital sign’ in medicine, there was a movement toward prescribing these powerful painkillers.

This recent trend of heroin use in the suburbs can be widely attributed to abuse of prescription narcotics such as OxyContin (oxycodone), Vicodin (hydrocodone), and fentanyl. When some of the people who were prescribed such medications became addicted, they eventually turned to the cheaper version – heroin, Cicero said.

Heroin is Movin’ On Up: New Study Shows 75% Of Heroin Addicts Now Live In Suburban Areas

The researchers collected data from a survey conducted on almost 2,800 U.S. patients who were in treatment for heroin abuse. Older patients who had first started using heroin back in the 1960s were mostly men who started using when they were teens and who had gone straight to heroin as their first drug of abuse. Just over half of these patients were white.

Over time, the profile of the American heroin user has morphed, a shift that began during the 1990s. B 2010, about 90% of recently initiated heroin abusers were white, and half were women. The average age of today’s heroin user is 22.9 years old. And, 75% lived in “less urban” areas, according to the study.

Three-quarters of people who began abusing heroin after 2000 started with abusing painkillers before ‘graduating’ to heroin, and spoke of the main attraction to using the illicit substance: It’s cheap and easy to get.

On the street, OxyContin can run up to $80 for a pill – whereas heroin can be as cheap as $6 for a bag, Kleber noted.

In the study, people reported getting heroin from middle-class neighbors or classmates.

Janina Kean, president of the High Watch Recovery Center, a drug rehab facility in Kent, CT said education regarding the disease of addiction is essential. Some heroin abusers in the study said that, at first, they didn’t consider themselves to be addicts because they didn’t fit the image of the stereotypical “junkie.”

“There’s so much stigma around it,” she said. “And stigma is a barrier to treatment.”