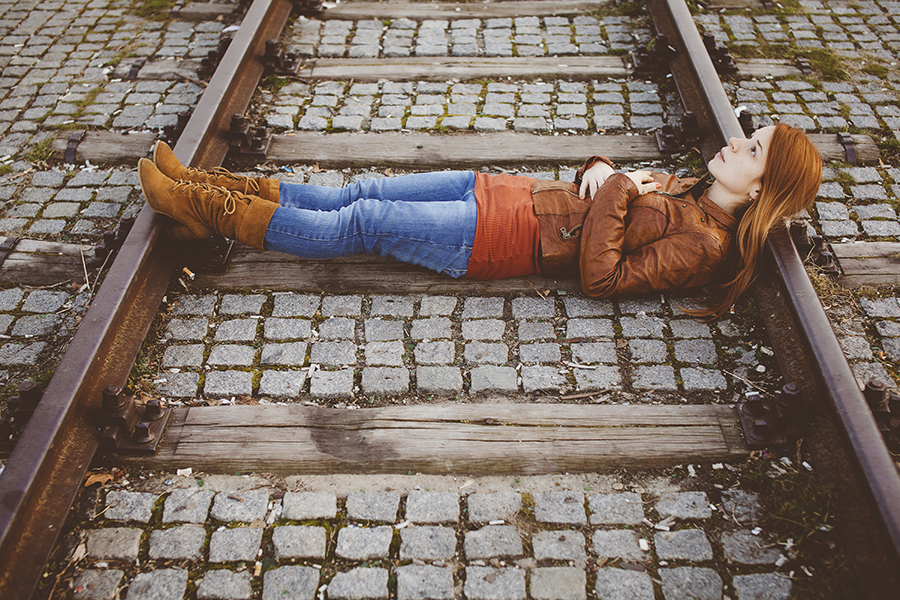 Honestly, this one’s gonna be a hard one to write. Already, my pulse is racing and my hands are getting sweaty.

I’ve spoken out and/or written about my drug addiction, my depression, my food obsession, and even about being a survivor of sexual assault. But this is the first I’ve written about this sort of thing. Suicide is still an extremely taboo topic.

I have what’s called dysthymia, which is the fancy medical term for long-term, chronic depression. And my depression happens to come along with a pleasant little feature (*sarcasm*) known as suicidal ideation.

What is Suicidal Ideation?

Suicidal ideation is the technical term that describes having thoughts about, or an unusual preoccupation with, suicide. The range of suicidal ideation varies greatly from fleeting thoughts, to extensive thoughts, to detailed planning, and unsuccessful suicide attempts. The attempts can be serious in nature, meaning the person fully wanted to succeed in taking their life. In other cases, the attempts may be deliberately intended to fail or to be discovered ‘in time.’

Back to my story.

I have attempted suicide, with at least one of those attempts being dead-serious (excuse the pun). There might have been a couple of other half-a$$ed attempts along the way. Did I mention that my depression – and suicidal thoughts – kicked in around the tender age of 12? So yeah, I’ve been fighting off these dark thoughts for most of my life now (I’m in my mid-thirties).

This isn’t a boo-hoo, woe-is-me post. This is to help both me and the reader out there who can identify with my story. Writing is cathartic, therapeutic.

I take an anti-depressant and a mood stabilizer. Have done so for years. I see a therapist. I exercise, do yoga, and (try) to meditate. All of these things combined can help but, the thoughts always return. On a particularly dark day – that also happened to be a day that I saw my therapist – we of course addressed my thoughts and feelings. At one point, my therapist said – and I’m paraphrasing – that, basically, this might be as good as it gets for me. Pardon? Come again? Just what the f*ck is that supposed to mean?! Is that supposed to somehow make me feel better?!

I’m also a person in recovery from drug addiction. I’m clear that my drug use was an attempt to self-medicate; to forget the thoughts, the pain, the obsession about death and dying. Now that I don’t have that outlet, I’m left coping as best as I can. I won’t say that drugs were the best solution but, they kept the thoughts away – at first.

And then somebody up and kills themself.

It was a friend of a friend and someone whom I had never even met before. But that didn’t matter. What mattered was that someone successfully did what I’ve pretty much always wanted to do. I have a morbid fascination with others’ suicides. This recent suicide victim blew her f*cking brains out. Forgive me if I seem callous or insensitive. To me, it’s still a tragedy; but at the same time, I can’t help feeling envious. I seriously tried once and, when I woke up in the ICU, my first thought – no lie – was, “Goddammit! I’m still here.” FML.

I also want to address the oh-so-popular sentiment that gets circulated when someone commits suicide. You know the one; you may have even said it yourself: “Suicide is a selfish act.” Well, I beg to differ. And, I’d bet ONE MILLION DOLLARS (if I had it) that, if you knew what it was like to feel the way that person did when they took their life – or how I do on a daily basis – you’d ‘get it.’

The truly selfish ones, in my opinion, are the ones who condemn people who commit suicide. I shall explain and I’ll speak from my own experience. To me, living is painful. Too painful to go on, sometimes. Sometimes, the most comforting thought is the one where I’ve left this Earth and I am finally at blissful peace. Those who say that people who kill themselves are selfish are actually the ones being selfish, and understandably so; they are hurt and probably can’t bear the thought of never seeing that friend, family member, lover ever again (at least in this life).

I think suicide is a personal choice. We all – for the most part – get to make our own decisions about our bodies: what we eat, where we live/work, who we sleep with, what we’re doing Friday night. I know none of these is as permanent as suicide but, to someone like me, with the thoughts that I have to bear, it’s just another personal choice and one that can be so tempting at times.

If you or a loved one is struggling with substance use disorder, such as drug addiction, and/or depression or another psychiatric disorder, please call us toll-free at 1-800-951-6135 to speak with an Addiction Specialist, day or night. We are here to answer your call and to talk about what’s going on and how we can help.