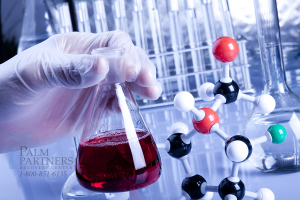 The fight against depression and other mental health and behavioral disorders if one that is constantly changing, and while new innovations are made offering new hope, some may appear more questionable, and maybe even more harmful than most others. Now there is a fast-acting antidepressant that supposedly works like the infamous club drug ketamine, and it is rumored to be able elevate an individual’s mood in just 24 hours according to researchers. Is this going to be a courageous leap in the right direction, or is the idea of comparing it to a club drug a little scary?

Though this new drug is still in the early stages of development it does show promise for the treatment of a mental health disorder experienced by least 10 percent of American adults. This new experimental drug also is said to solve a significant problem with antidepressants currently on the market. At the moment all approved depression drugs can take up to a month to take effect on the patient, meaning patients must wait before feeling any significant relief from their condition.

Another problem is there is no ‘one-size-fits all’ antidepressant. Sometimes prescribing the right medication for an individual can be an issue of trial and error, and weeks of time may disappear while waiting for pharmaceutical benefit, which only further delays this process. While depression is often a long-term illness, there are shorter-term cases for which a month-long wait just doesn’t make sense, and may often be too late for some severe cases.

So the idea of an antidepressant that does not take so long to work could help people more quickly and expedite the drug selection process. Another issue is that doctors prescribe most patients an anti-anxiety medication from a class of drugs called benzodiazepines. Xanax, as an example, is one that is far from ideal as they only treat some symptoms, and are highly addictive.

Jefferey Talbot, associate professor of pharmaceutical sciences at Roseman University of Health Sciences concluded that there hasn’t been a “fundamentally different antidepressant medication for decades, perhaps even 30 years.” Talbot explains that a new drug might actually be able to help those resistant to current therapies. Talbot is a member of the team researching this new drug, collaborating with researchers at Duquesne University and the National Institute on Drug Abuse.

“They’re good drugs and they’re relatively safe and well tolerated, but they’re surprisingly ineffective in a large number of patients.”

Scientists worldwide have become increasingly interested in the idea of a fast-acting antidepressant, according to Talbot. Some teams even tried treating some depression patients with ketamine. The drug Katemine, or “Special K” by its street name, is a veterinary anesthetic that became a prominent recreational drug during the 1990’s rave scene because of its hallucinogenic properties.

“[Ketamine] provides anti-depressant relief in about 24 hours. But it has abuse potential and from a therapeutic standpoint, it doesn’t work well orally.”

Talbot says this ketamine research ultimately tipped off researchers to the idea that drugs “that act like it from a mechanistic standpoint” could have a similar therapeutic effect. That mechanism prevents the brain from breaking down three key neurotransmitters:

When these 3 chemicals are released into the brain, they are known to generate feelings of positivity and happiness. In brain science parlance, this mechanism is called “reuptake inhibition.” Most antidepressants on the market prevent the reuptake of one or two but not all three. So a ketamine-modeled solution that works on all three could be an absolute revelation! At this point, this medication has only been animal tested.

Talbot is quick to point out that his team isn’t the first to identify this drug or argue for its therapeutic potential, but thinks the real novelty identified in their research is that it provides both short-term and long-term relief. For patients, this would mean that the same drug addressing their symptoms almost immediately could also be used for long-term relief.

Dr. Peter Kramer, psychiatrist and faculty member of Brown Medical School who wrote Listening to Prozac in 1993, was a bit skeptical of the premise that a fast-acting antidepressant is watershed. Kramer acknowledges that current antidepressants typically take between two and four weeks to work fully. At the same time, says Kramer, some studies show that certain antidepressants can have minor impacts on mood within “three to four hours.” His book Listening to Prozac is said to be an astonishing and ground-breaking book that explored the philosophical ramifications of these types of drugs.

Another caution with dealing with the idea of fast-acting antidepressants: clinical depression is a class of mental illnesses that takes time in itself to diagnose and treat. A patient must feel “discouraged, sad, hopeless, unmotivated, or disinterested in life in general” for more than two weeks before a doctor can determine whether it’s merely a case of the blues or clinical depression, according to the Anxiety and Depression Association of America.

Even with shorter-term cases the most effective method of treatment for any condition requiring medications includes psychotherapy. Of course it should be obvious that simply throwing pills at a serious problem like depression should not be the only answer for anyone. In 2008 a study showed that combination of the two factors of therapy can lead to quicker remission from chronic depression than either psychotherapy or medication alone. At the same time, one shouldn’t dismiss the possibility that fast relief from symptoms of depression could help an individual to forgo further treatment, and possibly avoid even more drastic effects like suicide, which remains the 10th leading cause of death in the U.S.

Regardless of the chemical origins of this medication, if it is a possibility to further the development of quicker forms of treating depression in order to change and maybe save lives. Still there may be some concern with the effects of ketamine chemicals being used, and how this drug may affect the mind of an addict. If you or someone you love is struggling with substance abuse or addiction, please call toll-free 1-800-951-6135