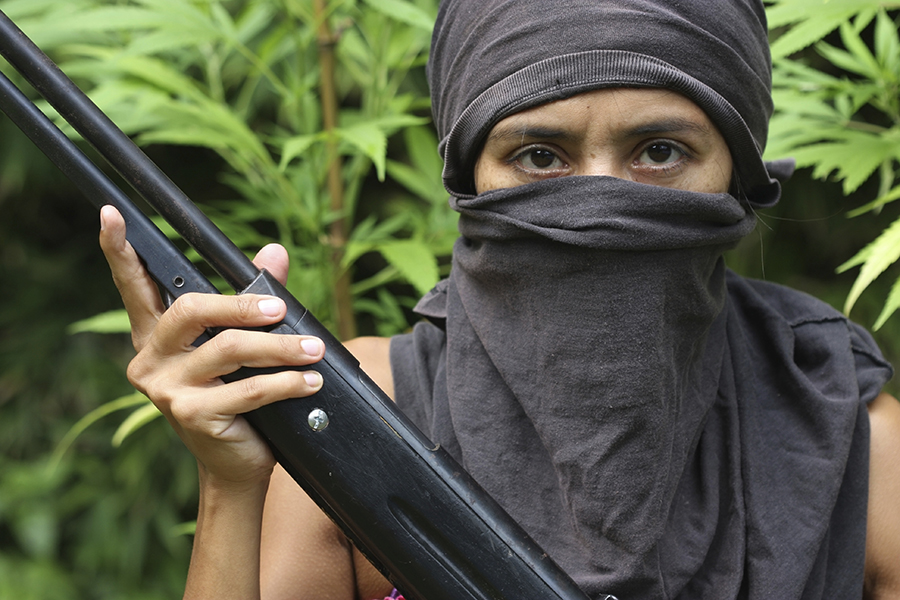 The War on Drugs in America has always found its common enemy in the ranks of the Mexican cartels, which has made those borders profoundly dangerous, and the states they exist in have been flooded with drugs and violence. To this day Mexican cartels continue to procure billions of dollars through the trafficking and distribution of illegal goods to and from the United States, including:

While these massive criminal empires keep pushing their influence with underground smuggling, the cartels’ control of the marijuana trade appears to be on the decline, and some say that the shift in pot policy reform is putting a dent in the pockets of Mexican drug lords.

Reports from the Front Lines

The front lines in the war on cartel smuggling is definitely the border between the United States and Mexico, where the states California, Arizona, New Mexico and Texas see a lot of violence and crime. This time last year there were several reports of heated skirmishes between U.S. federal forces and cartel gunmen, and firefights are just a symptom in the areas where drug smuggling with the primary concern.

Ever since the reforms on drug policy, specifically concerning marijuana legalization, started taking place in various states across America both the U.S. Border Patrol and the Mexican military have reported a steady decrease in marijuana seizures over the last three years.

And we use the word ‘only’ loosely, because even though it is nearly half of what was confiscated the previous year, it is still millions of pounds being pulled into our borders.

The drop in sales seems to also have created a ripple effect across the Mexican crime industry. Not only are there being less arrests made for marijuana, but homicide numbers have actually dropped from 23,000 in 2011 to 15,649 in 2014.

Words from the Advocates

Security analysts have tried to attribute the noted decline in marijuana seizures and murders to the work done by the area law enforcements. These analysts gave the credit to other factors for this change, including the captures or deaths of many of the most violent members of the cartel.

Then on the other end, in America the drug-reform advocates refer all these changes back to the rise in legal marijuana. Basically by making marijuana growth, production and distribution legal in several states officials have drastically decreased the demand for the supply that these gangs are producing and bringing to the borders. Marijuana Majority chairman Tom Angell stated in a recent interview:

“It is no surprise to me that marijuana consumers choose to buy their product from a legal, tax-paying business as opposed to a black market product that is not tested or regulated,”

So making marijuana more available to the public seems to have taken some power out of the hands of the dealers.

Medical and recreational marijuana use has been legalized in 4 states and the District of Columbia so far, but many of the advocates are confident that this trend will only continue to grow and evolving into a future with legal marijuana predominant in both the United States and Mexico.

With several other states looking into reforming their own drug policies on marijuana, including legislatures and supporters in swing-states, marijuana legalization is sure to be a hot-button issue in the coming presidential election. So some stats on the borders progress may be one more reason to consider the change.

Even former Mexican President Vicente Fox has been drawn into the debate in support of marijuana reform and developing a work force behind it to take power away from the cartels, even pushing for ex-Microsoft executive Jamen Shively’s plan to create a national marijuana brand supplied by Mexican sources with cheap labor fueling the development.

With a plan like that the United Nations would need to approve any changes to international drug policies, but in the eyes of pot policy reform advocates it would be well worth the work to create a new strategy that takes power away from these deadly and corrupt cartels and supports the legal American marijuana trade. As the legal marijuana business in America flourishes, perhaps the cartels will be starved of a few of their resources.

Drug policy and reform are changing the game for the cartel, but for those suffering from issues with drug addiction the change has to come from the choice to get help. If you or someone you love is struggling with substance abuse or addiction, please call toll-free 1-800-951-6135