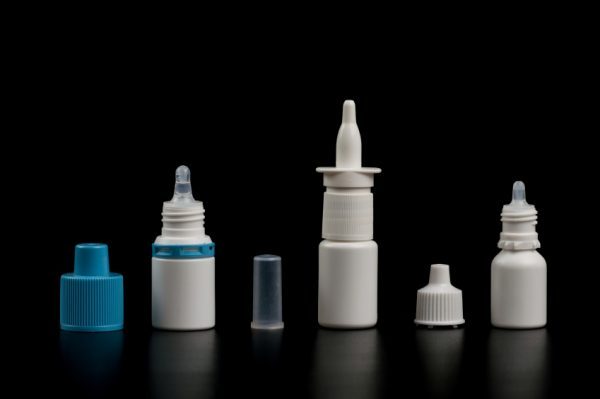 Opioids are still one of the most deadly issues facing Americans today. New reports claim that more than 175 people every day relating to opioid overdose. Experts predict that if the current trend of overdose deaths continues, opioids could claim over 1 million lives by 2020.  As a result, lawmakers, public health officials and advocacy groups from all over the nation are trying to find new ways to combat the opioid crisis. One way is by continuing to expand access to the opioid overdose antidote naloxone.

If you have ever seen a case containing a defibrillator hanging from a wall, you can understand this new concept many states have been considering. Advocates and lawmakers are now proposing we utilize the same strategy for naloxone: the opioid overdose antidote. People everywhere are pushing for innovative strategies to address the opioid problem. Now, some states are working on creating naloxone dispensers in public places for emergency situations due to opioid overdose.

Back in 2017, a number of cities and towns in Massachusetts were considering placing naloxone dispensers on the streets to combat the growing opioid crisis. One area in particular actually tested the idea. The city of Cambridge put up a number of public lockbox dispensers filled with naloxone. The intention was to expand access to the lifesaving drug by putting it in the hands of bystanders. In 2016:

Local officials from both communities made comments about the program and the importance of expanding access to the life-saving resource. Hampden County District Attorney Anthony Gulluni said,

“I support the use and availability of Narcan as widely as it possibly can be, so this is a program that sounds like it has some merit, at least for discussion.”

For this experiment, when a person sees an individual overdosing, the must call 911. Once on the phone with emergency services, the dispatcher gives them directions to the nearest lockbox. Dispatchers will also have to provide a four-digit code in order for the bystander to open it. They would also direct the bystander on how to properly administer the nasal spray drug.

According to reports, researchers determined in the experiment that most people were willing to help strangers in such a situation, and nearly all of these bystanders could correctly administer the drug.

Now, the administration of Maine’s Governor Janet Mills has announced a new plan similar to the lockboxes in Massachusetts. Maine will distribute naloxone in “NaloxBoxes” in public areas around the state to expand access for the overdose antidote. For now, Mills’ administration already distributes 35,000 doses of the overdose reversal drug throughout the state.

Reports from the Portland Press Herald indicate naloxone boxes will be located in public buildings, typically near those defibrillator devices we mentioned before. Gordon Smith, the state’s newly appointed Director of Opioid Response, hopes to purchase about 100 boxes and have them in place by the end of the summer.

Smith adds that naloxone boxes will also helpful in decreasing the stigma of drug use. Hopefully, by offering resources and treating substance use disorder as a public health issue, people will see addiction as a chronic disease.

For many, this new shift in perspective is not all too surprising. According to the attorney general’s office, Maine saw 282 overdose deaths in just the first nine months of 2018. Moreover, the majority of overdose deaths were in relation to opioids, including heroin and fentanyl.

The Queen City of Ohio is also working on having naloxone available in public. Officials, there are calling for AntiOD boxes, which would contain two doses of naloxone, along with easy to follow instructions for properly using the nasal spray. Some say that as soon as this spring, boxes will appear at various locations around Downtown Cincinnati providing the overdose antidote.

This only makes sense, considering Ohio was ranked second in 2017 among the top 10 states in the country for overdose deaths. Needless to say, lawmakers and officials have been hoping for new strategies to help curb the rising death rates in the Buckeye state.

This effort for overdose death prevention is actually the creation of Claudia Rebola, graduate studies coordinator at the University of Cincinnati’s College of Design, Architecture, Art and Planning, and her students. Rebola, who also helped create a similar program in Rhode Island, says that this is more than just a box with medication. She believes “It’s a way to empower people to take a role” in the opioid crisis.

The movement to place the naloxone boxes in Cincinnati is currently scouting for possible locations for up to 36 boxes in the general Downtown area.

The first NaloxBox in Rhode Island was put up in the summer of 2017. Since then, Rebola says there are 55 around the state. It all started when Geoff Capraro, a Brown University medical professor and emergency medical doctor, witnessed a lot of overdoses. Capraro wanted to make naloxone more accessible and ended up working with Rebola, who at the Rhode Island School of Design.

Additionally, officials from the Rhode Island Health Department and Behavioral Health and Developmental Disabilities and hospitals provided two $5,000 mini-grants for the project. According to a spokesman for the public health department, these naloxone boxes have been used at least a dozen times in response to an overdose. These are located boxes in:

You can find them on stairwells, behind main desks, in hallways, in community rooms, in lobbies, near mailboxes and next to copy machines. In 2017, Rhode Island was also among the top 10 states in the country for overdose deaths.

More people today see that expanding access to naloxone is crucial to saving lives. Not only because the expansion of naloxone provides a resource that fights the rising death rates. It also shows that more people are viewing overdose and addiction as health issues instead of moral failings. The move represents a change from the old way of trying to fight addiction with incarceration. It makes the preservation of life the priority, which leads to more people receiving addiction treatment from effective programs.

At the end of the day, public naloxone boxes make it possible to not only save a life but to interrupt the pattern of drug abuse for an opportunity at prevention. When someone overdoses in public, a bystander can call emergency medical services and administer naloxone. This can not just keep them alive long enough to get help, but it can connect them with professionals who can at least offer assistance with finding a treatment program, including a safe medical detox.

In order to overcome substance use disorder, comprehensive treatment is a vital resource. Palm Partners Recovery Center has provided the best in personalized addiction treatment for over 20 years. If you or someone you love is struggling, please call toll-free 1-800-951-6135.