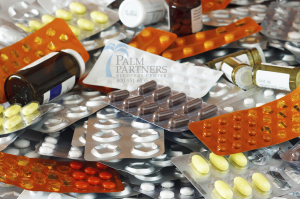 September 27, 2014 from 10 AM to 2 PM, thousands of DEA-coordinated collection sites will be available across the country, and consumers are encouraged to use this unique opportunity to safely and legally dispose of any unneeded and/or expired medications. National Drug Take-Back Day has been an astounding success in the past few years it has been in practice, and hopefully the program will continue to develop and encourage contribution.

Regular Americans show up in the thousands and dispose of prescription medications, many of which are dangerous and addictive substances. This continued collaboration of government offices, local law enforcement and proactive citizens is doing some serious damage in the fight against prescription drug addiction, and another opportunity to make a difference is only a few days away.

What is National Drug Take Back Day

The Drug Enforcement Administration (DEA) National Prescription Drug Take-Back Day collection site locator is now available online, allowing consumers to search for a nearby location to dispose of unneeded, unwanted, or expired medications on Saturday. Medications including prescription painkillers and other controlled substance medications are expected to be brought in and disposed of in mass amounts, but these specifically dangerous prescription drugs can only be accepted for disposal when law enforcement is present. Participating sites will accept tablets, capsules, and all other solid dosage forms of unwanted medication.

The DEA also has made the attempt to inform the general public that the drug take-back service is free and anonymous, with no questions asked, so anyone who feels as if they may get a little unwanted police attention for bringing in any substances should not be concerned. Personal information may be blacked out on prescription bottles, or medications may be emptied from the bottles into bins provided at the locations.

A History of Success

The United States DEA launched its first Drug Take-Back event in September 2010, after which the President signed the Secure and Responsible Drug Disposal Act of 2010 which amended the Controlled Substances Act (CSA) to allow people to safely dispose of their unwanted or expired medications by delivering them to locations and officials authorized to accept them for disposal by the Attorney General. This was a very important change in policy because the original CSA did not provide a way for patients, caregivers, and pet owners to dispose of the more dangerous and powerful controlled substance medications such as painkillers, sedatives, and stimulants like ADHD drugs.

To date, consumers have disposed of at least 4.1 million pounds (2,123 tons) of unwanted medication during previous DEA National Prescription Drug Take-Back Days. After seven previous Take Back Days in the past that have been spread out over almost four years, and the most recent Drug Take-Back Day reported 780,158 pounds (390 tons) of pills that were brought to the 6,072 collection sites that DEA and its 4,423 state, local, and tribal law enforcement affiliates made available on April 26th. These locations we set up so that the public could discard of any and all unwanted, unused and expired prescription drugs from their homes. So many citizens turned up and emptied out their medicine cabinets, bedside tables, and kitchen drawers in an effort to contribute.

The DEA Administrator Michele Leonhart is a firm believer and supporter of the Drug Take Back initiative and in regards to how the program has been effectively implemented stated,

“DEA’s National Prescription Drug Take-Back events provide an obviously needed and valued service to the public, while also reducing prescription drug abuse and trafficking. By taking these medications off their hands, our citizens know they have made their own families and communities safer.  We continue to work toward making the process for disposing of controlled substance medications by users and their caregivers even easier by creating regulations that will enable the public to regularly, safely, and conveniently dispose of such medicines when they are no longer needed or wanted.”

The past 4 years of the Drug Take Back Day program have shown a great deal of improvement in awareness and effectiveness, and the increase of medications being turned in is comforting and affirming in the process.

The DEA’s Take-Back events are a significant piece of the Obama administration’s strategy for ccombating the drastic rise in prescription drug abuse and trafficking of controlled substances. This strategy is also meant to include educating health care providers, patients, parents and young people about prescription pill abuse and the dangers it entails. By enhancing and encouraging the establishment of prescription drug monitoring programs in all the states, and by increased law enforcement to address doctor shopping and pill mills the DEA and Obama administration hope to end this chapter in the war on drugs.

National Drug Take- Back Day is an excellent opportunity to try and contribute to the awareness of the prescription drug problem in America, and to the conscious efforts of the public to fight the addiction at home by cutting off one key source of the abuse of controlled substances in the home. Drug Take-Back Day is so fundamentally important because the non-medical use of controlled substance medications is currently at an all-time high.

According to the Substance Abuse and Mental Health Services Administration’s National Survey on Drug Use and Health (NSDUH) released in 2013, over 6.8 million Americans reported to having abused prescription drugs back in 2012.  That same study revealed more than 54% of people who abuse prescription pain relievers got them through friends or relatives, and this statistic includes individuals digging through the medicine cabinet or friends or relatives.

For more information on how to get involved you can check the DEA collection site locator, as new locations will continue to be added until the next Drug Take-Back Day on September 27, 2014. Addiction is a deadly disease that affects not just the individual, but family, friends and so many others, so we should all do our part to raise awareness or prevent the spread of prescription pill abuse. If you or someone you love is struggling with substance abuse or addiction, please call toll-free 1-800-951-6135