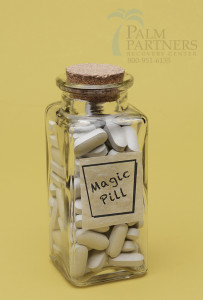 The idea of a non-addictive painkiller is one that has the potential to change the way people across the country are treated for serious injuries or illnesses, and to have a powerful impact on the community at large in regards to addiction and the alleged ‘epidemic’ of opiate abuse across the board. With so many health risks associated with painkillers, and the fact being that many people in recent years have become physically dependent or completely addicted to narcotic pain medications such as OxyContin or OxyCodone, the hope for a new medication that can just as affectively treatment pain without the adverse side-effects is an exciting concept.

Several scientists at Stanford University stated this past August that they may have discovered a new and potentially safer alternative painkiller to help treat individuals suffering from severe health complications or injuries. These doctors have been actively researching the many connections between the consumption of alcohol and heart health. During this research the doctors realized an enzyme they’d been working with on these experiments may play a critical role in pain reduction.

The work is still in the earliest stages of testing. All the research with this new medication is currently being done using only lab mice, and we are still probably a reasonable time away from human adaptation and application. But the researchers say the compound appears to be non-addictive and would not include with it the same heart health risks and bleeding risks that other narcotic painkillers do.

Given the pain and suffering caused by painkiller addiction, this is some very welcome and exhilarating news. When considering the recent situation regarding ‘pill mills’ in America, and the growing population who struggle with painkiller abuse, the future seem a little brighter with breakthroughs like this becoming a possibility. Not to mention the fact that a massive number of people addicted to painkillers start off being prescribed the medication, and many end up resorting to other opiates including heroin.

Experts don’t have an exact statistic on how many people are currently addicted to prescription narcotic painkillers in America today. Despite that, all experts can agree that abuse and addiction regarding painkillers and other pharmaceutical drugs it’s on the rise. In response to patients and pain advocacy groups in the past few years many physicians most likely became much less restricting when they were prescribing opiate painkillers. There has been a noticeable spike in prescriptions for opiate painkillers over the past decade, and this increase most likely created millions of potential drug stashes in house-holds and pharmacies across the nation.

In regards to teens abusing opiate medications, painkillers now come second only to marijuana in popularity. That is scary idea, given the fact that a vast majority of opiate users eventually move on to abusing more potent and dangerous substances such as heroin. In fact almost 1 out of every 10 high school seniors reported to have taken the narcotic painkiller hydrocodone (Vicodin) within the past year. So it is no coincidence that many of the parents of these students attest to currently be taking the medication too. Vicodin and its generic variation was the most-prescribed drug of any kind for much of this decade, and has probably been the catalyst to much of the prescription substance abuse in the past few years.

Other Progress in Painkillers

As of this past May scientists at Scripps Florida in Jupiter also say they have discovered a substance that promises to kill pain almost as effectively as morphine and OxyCodone, but without the side effect of addiction. The analgesic is called Conolidine and it has been worked on with lab mice and seems not to have side effects at this point.

Conolidine is found in tiny amounts in the plant crepe jasmine, a shrub that grows in Florida and Asia and has been used in Chinese and Thai medicine. Scientists long had speculated that crepe jasmine could contain opiates, but the Scripps’ research showed that the analgesic compound in crepe jasmine is actually not an opiate.

This specific synthetic compound might be just as effective for treating pain as morphine, it does not appear to act on any of the receptors associated with opiates. In fact, it misses most of the major neurotransmitter receptors completely. This suggesting it may be highly tuned towards relieving pain while not producing multiple side effects. While still in the early stages of development, further characterizations of Conolidine may suggest further development as a human therapeutic for the treatment of pain.

With new innovations and reforms taking form in the field of medicine and addiction, there is new hope for the addict who struggles with severe addiction to opiates or other prescription painkillers. While this new mystery medication has some time before it will be available, the help needed to begin recovery from addiction to painkillers is here now to help those who are suffering begin the process of escaping that dependence. If you or someone you love is struggling with substance abuse or addiction, please call toll-free 1-800-951-6135