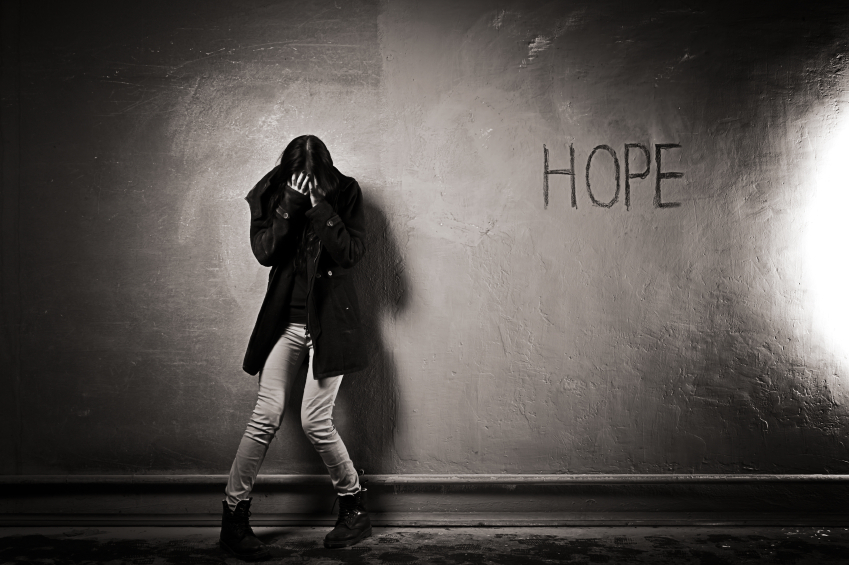 Suicide is the tragically fatal expression of the most dismal, dispiriting and heartbreaking form of desperation and hopelessness a person can ever inflict on themselves. It is often a misguided means to a bitter end that no one should ever have to experience, and its nature can be so cataclysmic and clandestine that there is no obvious indication in sight until it is too late.

As a suicide survivor, I can recall the feeling of wanting to die almost every waking moment, all while stitching a smile across my face. I can recall not needing any reason other than just being tired of living, tired of thinking and feeling, walking and talking.

But I got another chance… and another… and my addiction took me even deeper into that abyss. Now today I am grateful for the times I woke up when I could not have.

By the time I graduated high school I had lost a few friends to suicide; young amazing people with the entire world waiting for them to share their light and find their love, nowhere near the extents of their potential to bring beauty to the world… and just like that they were gone.

Many people hide the despair and depression that leads to these insidious intentions behind a smile, but as the cost of life remains a reality more must be done to raise awareness, give guidance and provide prevention.

So with September being National Suicide Prevention Month let us actively take a stand against the stigma of suicide, and the suffering it creates.

With the most recently published statistics for the year 2013, someone in America died by suicide every 12.8 minutes.

Over the course of that year 41,149 Americans took their own lives, according to the American Foundation for Suicide Prevention.

With these numbers suicide accounted for 12.6 deaths for every 100,000 people nationwide, which ranked it as the 10th leading cause of death in the country.

Every year more and more people make the tragic and heartbreaking decision to end their own lives, and even worse is that 90% of people who die by suicide have a potentially treatable mental disorder that far too often goes unrecognized and untouched.

According to the World Health Organization (WHO) nearly 3,000 people on average commit suicide daily, with about one million people die by suicide each year. What most people don’t know is that for every person who succeeds in committing suicide, 20 or more people attempt to take their own lives. So while we see the ones that lose their lives, countless others go on planning their next attempt.

The World Health Organization initially started World Suicide Prevention day back in 2003, and it is now recognized annually on September 10th of each year.

The focus for World Suicide Prevention Day is to put forth more efforts in regards to several areas of combatting the continued hardships created by suicide and attempted suicide, with tactics such as:

One organization heavily involved in National Suicide Prevention Month is the EverDay Matters Foundation, which offers more information on how to get involved with organizations to help raise awareness in communities across the country, and features testimonials from suicide survivors while providing resources for those who may be struggling.

The stigma of suicide and mental illness is often one of the biggest hurdles that recovery from a mental health disorder, suicide attempt or depression with suicidal ideation.

The stigma of mental illnesses such as depression often tries to reduce the illness to nothing more than a weakness and lack of will power, which is a major part of what holds people back from seeking out the crucial care and support so many of them desperately need. Some have even said that suicide is a cowards way out, but is it really someone who is afraid to live, or is it someone who suffers in ways others could not begin to understand with an affliction that makes it feel futile or impossible to sustain life?

Fighting the stigma of mental illness, depression and suicide is essential to helping more people get the help they need, and raising awareness about the realities of these issues is a huge part of shattering the skewed image the world has of mental health disorders.

I use this kind of reference often because I feel it put things into a perspective. Try to image, in the time is has taken me to write this article, put it online, and for you to read it… how many people took their lives?

How many suicides could be prevented every day if more people stood up and spoke out about it?

If you know someone who has struggled with depression; if your life has been touched by someone who committed suicide; if you yourself are a suicide survivor please take some time this month to find a way to contribute to this conversation. Let the ones you love know that sometimes it’s OK to not be OK, and all of us can try to understand everyone is feeling something and sometimes those feelings are inches away from the edge. Be kind, show love and share yourself and your story. If you or someone you love is struggling with substance abuse or addiction, please call toll-free 1-800-951-6135