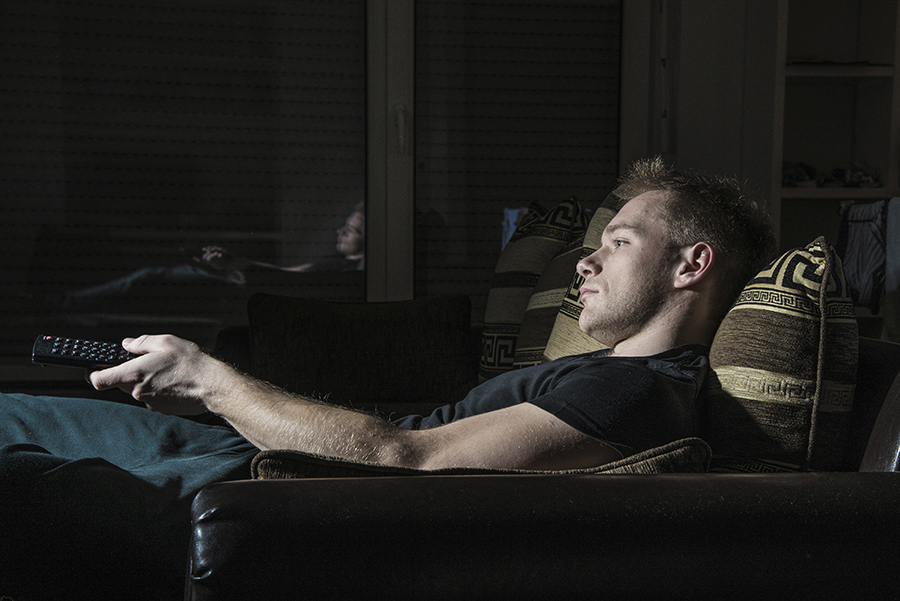 The LA Times defines binge-watching as “any instance in which more than three episodes of an hour-long drama or six episodes of a half-hour comedy are consumed at one sitting.” Let this serve as our definition. Going by this, I’ve definitely been guilty of binge watching. And the more I give in to the desire to binge watch, the more I want to do it. That is, in my estimation, the very aspect of addiction.

And I’d be lying if my idea of time well-spent – say an entire weekend – was burning up my Netflix account for every penny it’s worth. I’d also be lying if I said that I didn’t look forward to the end of my work day just so I can slip into my yoga pants and cozy up in my bed, binging on whatever new program I’m currently hooked on.

Is Nextflix the Next Addiction?

It could be argued that binge-watching is merely a replacement of one thing for another. That is to say, according to once an addict always an addict dogma, I am substituting one addiction for another, this time I’m binging on network programming instead of heroin.

The mind-brain of the addict is said to be addicted to the pleasure-chemical dopamine, but, there might be more to it than that. However, the whole “addictive personality” concept that people throw around is a cliché, widely understood as the whole, “I want what I want when I want it.”

Just like you’d find with the fast food industry, there’s a science to the irresistible draw to Netflix and the like. The exabytes (equal to one billion gigabytes) of data used by Netflix discovered that people prefer to watch TV-shows in long sessions as opposed to several short sessions. The results of this abundance of information data led to all of those original shows created by Netflix in an attempt to give the consumer exactly what they want.

When I give in to my binge-watching urges, I always have high expectations about just how much I will enjoy lying in bed, watching episode after episode, and basically doing nothing. And time and time again, I realize that what I wanted made me miserable. It’s like chasing that first high; it never measures up. On top of that, I’ve spent the whole day doing nothing and suddenly, I’ve spent the whole weekend doing nothing. Tomorrow is Monday (ugh!) and the cycle repeats.

But, is Netflix the next addiction or is it something less worrisome?

A less serious claim may be that my tendency to binge-watch is some kind of guilty-pleasure-syndrome. We all have those.

An even less serious way to describe it is that I am just decompressing. After a long day at the office, where I have to be “on,” I need some time to “veg out.” In this on-the-go culture, we all need some time to decompress. If we don’t stop and recharge our batteries every once in a while, we’ll surely burn out.

If you or someone you love is struggling with substance abuse or addiction, please call us toll-free at 1-800-951-6135 to speak with an Addiction Specialist day or night. We’re here to help.