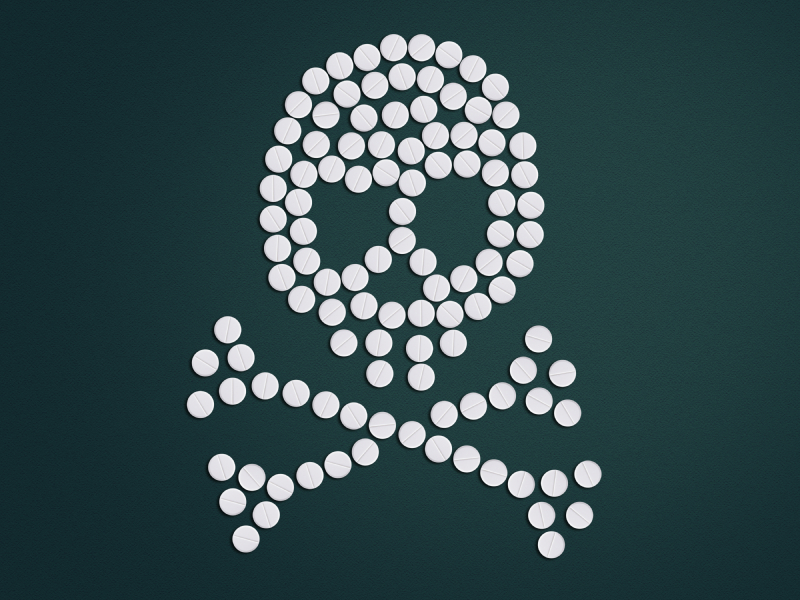 It turns out a brush with death is not enough to keep addicts from continuing to use. A recent study reveals that 90% of people who overdose on painkillers continue using despite their near-death overdose experience.

The study was conducted by The American College of Physicians and involved data from 3000 patients over a 12-year period collected from a national insurance claims database known as Optum. All the patients had a previous history of having a nonfatal overdose on prescribed opioids originally given to them to treat chronic pain.

The opioid and heroin epidemic has gained media attention for being the nation’s biggest challenge for the next coming years. President Obama released a memorandum to combat the opioid epidemic through training medical professionals in understanding drug addiction as an illness and not a crime.   Americans wait eager to learn what solution could possible help bring down the numbers of people dying from drug overdoses.

Similar to heroin, prescription painkillers bind to receptors in the brain to decrease the perception of pain. These powerful painkillers create a feeling of euphoria that eventually will result in physical dependence an addiction. Therefore, even with an overdose, a person will still have cravings to continue taking the drug.

As more addicts are entering treatment centers and detoxing, there needs to be increased awareness about overdoses. Research reveals there is an increase in overdoses after treatment since a person’s tolerance to drugs will have decreased. After leaving rehab, an addict may relapse and overdose.

The ability for someone to overdose depends on a wide variety of factors including tolerance, age, state of health and how the substance was consumed. Some people do not make it out of an overdose. Treatment for an overdose may be quick and easy or may include long-term treatment such as an alcohol rehab center or longer hospitalization. Pharmacies like CVS have worked to make the overdose antidote Nurcan available over the counter to reduce the amount of overdose deaths.

Statistics released in September 2014 show that prescription drug deaths have quadrupled in the US between 1999-2011, from 4,263 to over 17,000 and those number show no signs of slowing down. The pharmaceutical industry had contributed to the opioid epidemic by over prescribing painkillers.

“The amount that [opioids] are administered by well-meaning physicians is excessive,” said Dr. Robert Waldman, an addiction medicine consultant not involved with the research. “Most physicians are people-pleasers who want to help and want to meet people’s needs, and they are more inclined to give people the benefit of the doubt until you are shown otherwise.”

The medical profession began transforming the way they approached pain in the early 90s when it was decided that pain would be treated aggressively. Traditionally, opioids were only prescribed for cancer patients and recovering from surgery. However, this new change made it okay to proactively treat patients who suffered from symptoms of pain. In 1995, more powerful drugs like extended release OxyContin was approved for use.

Doctors continued to prescribe pain medications and the medical use of opioids grew by ten-folds in just 20 years. The consequences of the opioid epidemic have been far worse than anyone could have imagined just two decades ago. Opioids are now reported in 39 percent of all emergency room visits for non-medical drug use. Even worse, the direct health costs of opioid users have been estimated to be more than eight times that of nonusers.

The opioid addiction is affecting Americans in every part of the country. Now, there needs to be an increase in awareness in educating on how to prevent deaths from overdoses. If you or someone you love is struggling with substance abuse or addiction, please call toll-free 1-800-951-6135.