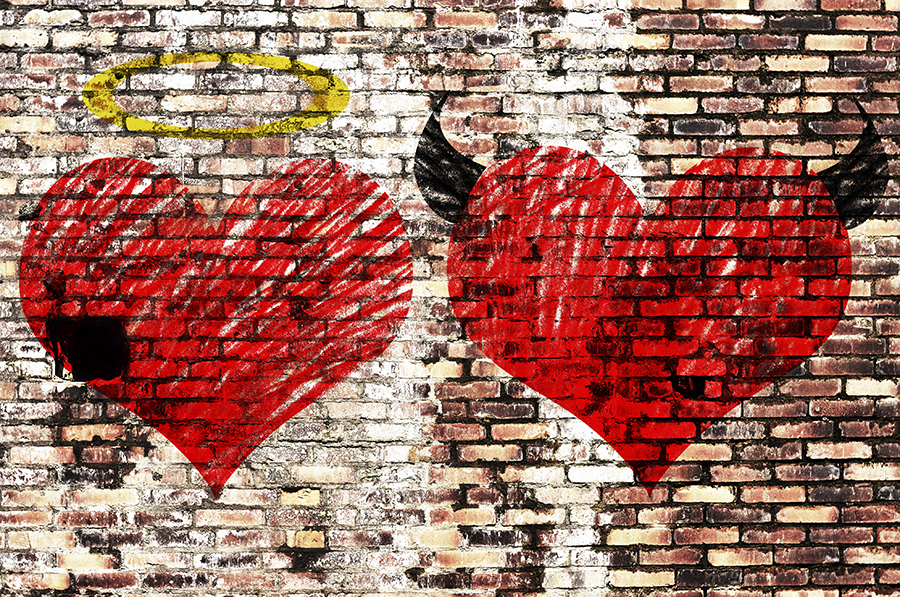 Whether you’re in your twenties, thirties, forties, or older, chances are you have dated a jerk. And when I say jerk, I mean guys and girls. Even as we get older and wiser, there are times that a jerk-face has moved in under your d-bag-radar. So here is a list of signs to look out for when making sure that the person you’re dating isn’t someone you should waste your time with.

It’s time to re-think things if your ‘person’ commits any of these dastardly behaviors:

#1. They bad-mouth your friends

You know how it goes, you can complain about your friends to your significant other (you know, when you need to vent) but, if your partner starts talking trash about your friends, World War III starts. It’s one thing if they are honestly looking out for your best intentions – say if one of your friends doesn’t seem to be treating you with respect – which might require a fresh set of eyes and an outside perspective. But if your person is just mean-spirited or maybe jealous, it’s time to cut ‘em loose.

#2. They text others while they are supposed to be spending time with you

If they are constantly ignoring you or else seem to be having too friendly of a conversation with an unnamed “friend,” then raise the red flag! Not only is this disrespectful, it’s cruel. Being in a relationship with someone shouldn’t leave you feeling insecure, unhappy, jealous, or downright invisible.

#3. They don’t have any integrity

If they lie or cheat in other areas of their life, guess what? It’s probably a good indication as to how they treat you, whether to your face or behind your back.

#4. They cancel plans with no remorse – via text

If your date acts like you are not a big enough deal to treat with respect then, they never will. Sorry. Yes, sometimes things come up and plans have to be cancelled. But, if it’s habitual and they don’t even seem to care about cancelling…and they do it in such an impersonal way…just remember that you don’t have time for that.

#5. They walk in front of you instead of next to you

This may seem like not that big of a deal but, believe me it is. If the person you’re dating acts like they don’t want to be seen with you, that’s just mean.

#6. They never ask about your day

…Or how you’re doing. You know, the stuff you talk about with the people you care about. If you’re dating someone who is so self-absorbed that they can’t even ask you how you are, then it’s definitely time to give them the ol’ heave ho.

This one is my ultimate gauge when sizing up a date. If your date/significant other can’t treat your server like a human being (which they are), then they’re probably just a gross person. And if they tip the bare minimum…watch out. They’re probably a cheapskate – something that can lead to many an argument and resentment in the future, if you were to stay with them.

Similarly, if the person you’re interested in is only nice to their friends and family members but can’t show common courtesy – like hold the door for the person behind them – this can be a great indicator as to just how considerate they are, in general. I mean, it depends on your standards but, it would bother me to be associated with someone who is an overall jerk.

#9. They never pay when you guys go out

Look, I’m a modern woman. I believe in ‘going Dutch’ – splitting the bill. Or, my date pays the bill and I pay the tip. Or, I pay if I asked them out on the date and vice versa. There are many possibilities. But, if your date or significant other always disappears when the check arrives, it’s time reconsider the relationship. (See #7 Re: cheapskate)

This is an obvious one but, when in the midst of a crisis – or just feeling down – it might take a while to realize, “Hey, they’re never around when I need them but I’m always there for them.” Dating is about finding a potential partner for life (usually). Therefore, why stick around with someone who won’t stick by you when you need them?

#11. They’re selfish in the bedroom

Hey, naked time is about 1.) consent and 2.) everyone having a good time. If your lover is only a taker in the bedroom, then you might want to consider going separate ways.

#12. They put their friends before you, all the time

In any relationship, it’s important for each party to have alone time as well as time with their own friends. However, if you’re going out with someone who constantly chooses their friends over you, then they’re probably not ready for or even interested in an actual relationship.

#13. They’re disrespectful towards their elders

This may sound old-fashioned but, a person who disrespects their mom or dad is most likely a grown-up version of a bratty child and nobody’s got time for that.

So, did we miss any? What relationship deal-breakers have you encountered in your dating experience?

If you are struggling with a substance use disorder or are in a relationship with someone who is, the chances that the relationship isn’t healthy are great. Codependency, manipulation, and ill-treatment usually define these relationships. For help, call toll-free 10-800-951-6135 to speak with an Addiction Specialist today.