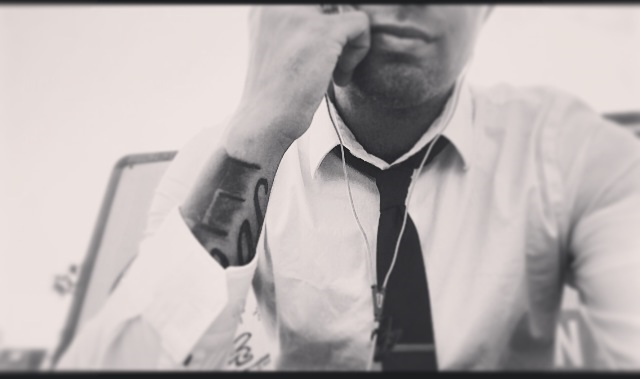 “All the world’s a stage, And all the men and women merely players; They have their exits and their entrances, And one man in his time plays many parts”

We are all writers; constantly writing, revising and telling the most incredible story we will ever know… our lives. As you like it, that is.

A recovering alcoholic is probably familiar with a similar ‘actor’ analogy, if they read. The way we choose to tell the stories of our lives, to others and more crucially to ourselves, is a narrative with definitive character arches, shifting themes and intense climax’s to our experiences binding meaning to our existence.

Dan McAdams, a professor of psychology at Northwestern University wrote a chapter for the APA Handbook of Personality and Social Psychology, along with colleague Erika Manczak in which he stated:

“Life stories do not simply reflect personality. They are personality, or more accurately, they are important parts of personality, along with other parts, like dispositional traits, goals, and values,”

So how does the way we write our story ultimately shape who we are, and how does it give meaning to everything we have done and will do, so long as we tell the story the same?

Even more so, how does this apply to the addict or alcoholic who is suffering to let go of their old stories?

The Age of Coherence

In our late teens and early years of adulthood our construction of our life story really picks up, because by then we develop some of the cognitive utensils critical to creating a coherent life story. Specifically two types of coherence:

Ability to describe how one event leads to another

One study analyzed the life stories of people ages:

They found these 2 types of coherence increased with age, so as the narrator grows up the self-taught story becomes more likely to be set in stone. This concept can apply to addicts in a unique way, since most people start using drugs in the late teens and early adult years, while also creating new ideas of social bonds, relationships and habits.

So at this period we begin to experience things that may be traumatic or painful, and some of us (especially addicts) let those stories define us and our values.

McAdams perceives this development as the three aspects of the self layered atop of one another.

Pretty much from birth, people are “actors” with personality traits who interact with the world and have distinctive roles to play.

When they get old enough to have goals, they become “agents” as well, but making decisions with the hopes of producing desired outcomes.

The final layered aspect of self is the “author,” when we begin to bundle ideas about the future with experiences from the past and present to form a narrative self.

How Our Stories Change Our Story

Within the developing narrative of self the stories we tell ourselves about ourselves are influenced by more than just… you know, ourselves.

How we narrate experiences to others seems to shape the way we actually remember the events. According to research by Monisha Pasupathi, a professor of developmental psychology at the University of Utah, this happens in a couple of ways.

One is that people adapt the stories to their audiences and the context.

So how you tell your story to your friends versus how you told the same story to your parents may be very different versions of the exact same events, with different meanings attached to each version.

Addicts… remember when you told your folks how you went to the sleepover, but told your friends how trashed you got at the party?

Two common narrative structures seen in many cultures today can have a drastic impact on our mental and emotional state.

A redemption story is the American favorite. It starts off bad and ends better, like the under-dog who overcomes all obstacles. Redemption themes in one’s life story are generally associated with greater well-being regarding mental health.

In a contamination story things start off OK, but ultimately some catastrophe takes hold of the cast. Contamination themes tend to coincide with poorer mental health.

The amazing thing is studies have actually shown that finding a positive meaning in negative events is linked to a more complex sense of self and greater life satisfaction. So searching for your redemption instead of soaking in contamination will make the story-teller a stronger individual.

That’s right. Getting out of those depressing stories of the one that got away, or about why you are addicted to drugs, or even why you are just sad or ‘not good enough’ can literally improve your mental health.

It ain’t easy, TRUST ME… but you don’t have to forget it, just rewrite it.

To Tell or Not To Tell Our Stories

Sometimes we are afraid of how people might judge our story, so we keep it to inside and then miss out on the enrichment that comes with a back-and-forth conversation of both negative AND positive feedback. Pasupathi says a listener,

“may give you other things to think about, or may acknowledge that this thing you thought was really bad is actually not a big deal, so you get this richer and more elaborated memory,”

This is part of the basic foundation of talk therapy. Talking about our shortcomings, obstacles, traumas and fears can actually help us better understand and make a healthier connection with those stories.

The Stigma in Our Stories

Certain stories get embedded into our culture, and it can create master narratives, which are essentially blueprints for people to follow when structuring their own stories, for better or worse.

That can be a helpful script for young people looking for a sense of direction, but the downsides of master narratives have been well-documented, and a huge issue is that they stigmatize anyone who doesn’t live by the ‘norms’ they put in place.

These stigmas hold creativity and individualism back in a big way, because they train people to thing because they are different they cannot be happy or not be ‘part of.’

Master narratives provide unrealistic expectations of happiness for those who do follow them exactly and don’t get the result they imaged as a child because they are not fulfilled.

The beauty of it all is that it is NEVER too late to re-write your life!

As proof, one expert conducted a longitudinal study of 47 adults undergoing therapy where they were asked to write personal narratives and complete mental health assessments over the course of 12 therapy sessions.

What the expert found was 4 amazing things.

So as soon as those people started to make some therapeutic progress, they started taking charge of how they wrote their own narratives of their lives, and thus their mental health improved exponentially.

If you have read THIS entire story so far, than you have already embarked on something whether you know it or not that may change your story forever. As some people take in these words they may already be firing their internal editors and bringing in new inspiration to try and re-write their own version of an event, a feeling, or even their entire life to give their journey a new genre.

Make your story fearless, perseverant and full of strength. Fill it with love and the people you love, and never stop sharing it with the world.

For the addict and alcoholic, anyone suffering, your story doesn’t have to end this way. Rewrite it. If your or someone you love is struggling with substance abuse or addiction, please call toll-free 1-800-951-6135