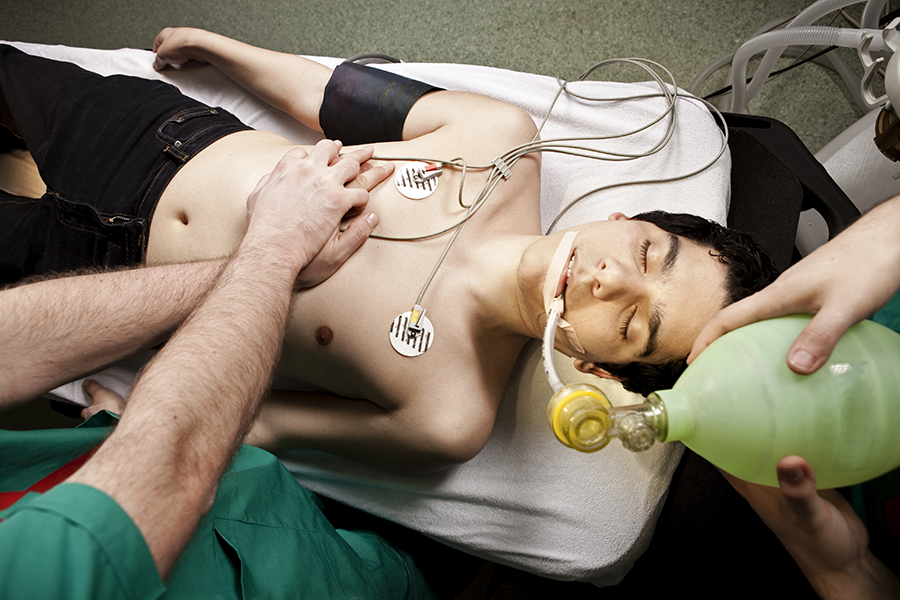 Think about it: when someone ends up in the emergency room for medical problems such as uncontrolled blood pressure, a severe asthma attack, or complications related to diabetes, medical staff often start treatment right then and there.

But what happens when the patient is brought to the ER as a result of overdosing on opiates, such as heroin or narcotic painkillers? In cases of drug overdose, the medical team can take immediate action to save the patient. However, what about the underlying issue: addiction.

After all, just like asthma or diabetes, drug addiction is a chronic condition. What if we started treating addiction in the ER and get that person who struggles the help they need?

Doctors at Yale University think it’s possible. “You can normalize this chronic disease like any other chronic disease,” says Dr. Gail D’Onofrio, chief of emergency medicine at Yale’s med school.

It should be noted that the term “normalized” here refers to accepting – and treating – drug addiction as part of a real medical condition known as substance use disorder spectrum.

The Argument for Starting Addiction Treatment in the ER

D’Onofrio and her colleagues at Yale-New Haven Hospital in Connecticut decided to test whether a combination of interventions offered to addicts in the ER would make a difference in whether they get help or continue in their cycle of addiction.

This intervention approach is a three-pronged one; it involves the prescribing of medication, such as buprenorphine (Suboxone), to ease withdrawal symptoms, a brief counseling session, as well as a focused referral to get specialized help.

Would this approach improve the chances a person would seek and follow-through with addiction treatment?

According to results of a study published Tuesday in JAMA (the Journal of the American Medical Association), it worked pretty well.

In fact, out of a group of patients studied, more than three-quarters of the 329 people who were screened for opioids were randomly divided among the three groups.

Those who received the Suboxone and counseling intervention, which lasted a mere 10 minutes, as well as a referral to treatment were in treatment 30 days later.

Compare that number to the 37% of people who were in treatment after 30 days and who only received the referral. Those who received the both the brief counseling and a referral were in between, with 45% in treatment at the 30-day mark.

The study’s findings are promising, as they suggest that giving patients Suboxone at the time of their ER visit and referring them to addiction treatment can make a difference. “I’m still talking to them about their motivation to start treatment, but I’m also giving them something to help them with their withdrawal,” D’Onofrio says.

Results such as these are encouraging. “I think what they did was great,” says Dr. Charmian Sittambalam, a geriatrics fellow at Albert Einstein Medical Center in Philadelphia, of the Yale study. “It’s not often that you see the [emergency department] taking such a vested interest in something that’s a chronic issue.”

If you or someone you love is struggling with heroin addiction, painkiller addiction, or any other kind of substance use disorder, such as alcohol addiction, please call us toll-free today at 1-800-951-6135. Being trapped in the cycle of addiction is a lonely, depressing place that seems to have no way out. But there is a way out of the darkness. We’re here to take your call 24/7 and we can discuss what substance abuse, dependence, and addiction is and how you can put an end to it.