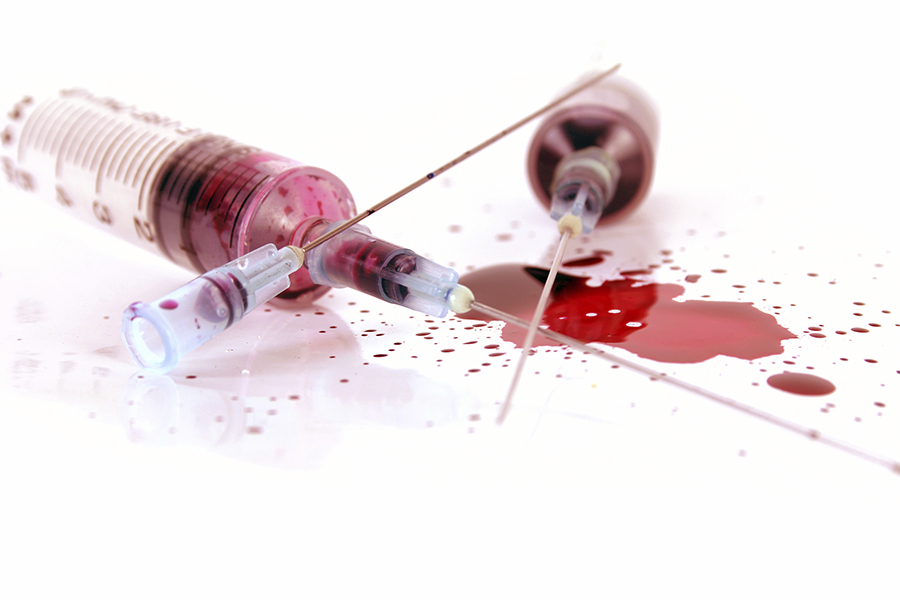 Earlier this year in March we reported on how Indiana is facing a public health crisis as HIV infection cases skyrocketed as a result of the drug epidemic in the area. Initially when the reports came in the number of confirmed HIV cases in Scott County, Indiana was 26, which is already big enough just 3 months into the year. Now at 5 months that number stands at a staggering 150 for a population of 4,200 in the twin towns of Austin and Scottsburg.

One institution providing mental health care to Scott County reported that so far this year they have admitted 22 patients to a medically monitored detox, which is mind-blowing considering only 16 were admitted last year TOTAL.

While some are sure that the lift on the needle exchange ban would help the issue, it seems that the progressive idea to save lives is being suffocated by local law enforcement.

Indiana Governor Mike Pence declared a state of emergency at the end of March after the CDC persuaded Pence to lift the syringe and needle ban, extending it on April 20 for another 30 days to combat the growing HIV outbreak.

It had been illegal to possess the paraphernalia needed to use drugs in the state, and now the exchange program that was put in place to meet the rising number of HIV cases has been beset by interference from local law enforcement.

Heavy Hand Hurting the Cause

Addicts and community activists have reported to having needles and syringes confiscated by police. It seems law enforcement officials in Indiana remain committed to enforcing the anti-paraphernalia laws in spite of the legislation.

This is extremely detrimental to the cause. Without access to clean needles, addicts are sharing needles up to a staggering 300 times according to Brittany Combs who is a public health nurse for Scott County. The process of getting clean needles to the community is further disrupted by red tape and a fear of the police.

Typically a needle distribution program in urban areas allows addicts to hand out clean needles to their peers. But to get new needles in Scott County, drug users are expected to register at the exchange. Sherriff Dan McClain is more commited to scare tactics than anything it seems, stating:

“If they’ve got one needle and they’re not in the program, they’re going to jail,”

McClain has confidence that arresting those who do not carry a registration card will scare addicts into joining up, but is that just further pushing people away from a program that’s supposed to be helping them. Forcing them to basically register themselves as a documented drug addict under fear of arrest seems a little heavy-handed.

Sheriff McClain was interviewed a while back when Opana was taking over, and then he was just reinforcing stigma with statements like,

“Most of them sleep until noon, get up, and try to find a way to get another pill.”

He insisted that addicts are unable to break the chain of poverty because of their habits. Maybe having a guy who sees addiction as a disease that only affects those he considers poor and lazy isn’t such a good idea.

Education about HIV and AIDS is probably the biggest problem. Education about needle hygiene was never on a list of priorities for the old fashioned, tough-on-crime Republican governor of Indiana. Now in a rural area devastated by unemployment and drug dependency characterized by prescription pain medication use, it seems this is a huge Achilles heel.

Opana, which when crushed and diluted, is a painkiller that is known for a potent high when injected. It had taken over as the number one oxymorphone when OxyContin was reformulated to stop abuse, and it fueled a lot of the new HIV outbreak in the area.

Steps to inform the population about the risk of HIV infection have come from the media through local health officials, featuring a campaign to educate not only IV drug users but reach out to other high-risk groups.

State Health Commissioner Jerome Adams says truck drivers passing through Scott County, who frequent prostitutes, are in particular danger of HIV, so included in the efforts has been the “You Are Not Alone” campaign that is running on TV and radio, online, and on social media.

Austin High School homecoming queen Holli Reynolds has launched her own awareness campaign. The 18 year old wrote of the epidemic in her editorial for the school paper:

“Scott County is making national and world headlines for all of the wrong reasons. Austin has been dealing with poverty and a drug problem for over 50 years, but recently the problem has escalated and taken an ugly turn with the massive HIV outbreak in the community.”

“Stand Up” is a club Reynolds started with other students to talk to kids in grades 2-8 raising awareness about HIV and AIDS while dismissing the myths.

Jerome Adams also addressed many of those misconceptions in an editorial in early May, pointing out the re-surfacing prejudices of decades ago. He reasserted the difference between HIV and AIDS, and even deals with issues of transmission.

With so much going on to combat the increasing number of HIV cases, there is some hope that while the community becomes more informed that the needle exchange programs will be permitted to make more of a difference.

The focus now should shift to treating those living with the virus, and doing more to treat those in active addiction who can still prevent further spread of infection. Drug use puts people at risk for all kinds of health issues that can mean a life of suffering or even death, but there is help for those who are in the throes of addiction. It is never too late. If you or someone you love is struggling with substance abuse or addiction, please call toll-free 1-800-951-6135