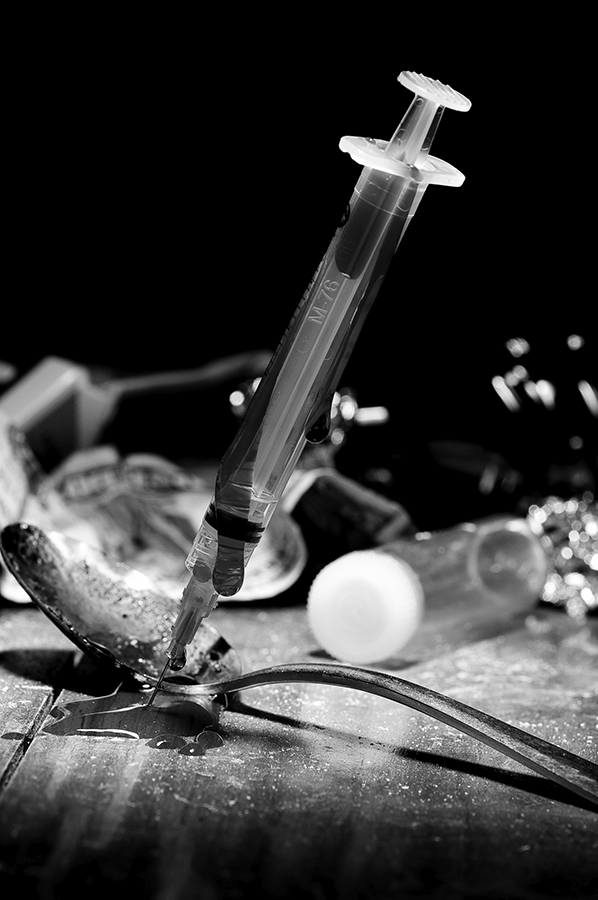 This past February there was news from state health officials that changed all optimism regarding the decline in prescription drug abuse and heroin in southeastern Indiana, informing us that at least 26 people in the region were diagnosed with HIV in just a 3 month period, and most of them contracted it after injecting drugs.

The first case that has been considered part of the outbreak in southeastern Indiana was diagnosed in early December according to the deputy commissioner and director for health outcomes at the Indiana State Department of Health Dr. Jennifer Walthall. By January 23rd the total of newly diagnosed HIV cases had already spiked to 11 in a region that typically experiences less than 5 new cases annually. There have been around 90 cases reported thus far, the most in Indiana’s history.

The HIV outbreak among intravenous drug users in this part of the state prompted local health care officials to take a harm reduction approach more seriously, and they began work to start a needle-exchange program. With addicts using and sharing needles to inject drugs, a lot of infections are easily passed around, and hopefully this program can change that.

What is Needle Exchange?

Just a little background on what this all means, a needle and syringe program (NSP) or syringe-exchange program (SEP) is a social service that allows injecting drug users (IDUs) to attain hypodermic needles and related paraphernalia at little or no cost, but often requiring users to turn in used syringes for new ones.

Needle exchange programs are built on the philosophy of harm reduction, and the idea is to reduce the risk factors of spreading diseases such as HIV/AIDS and hepatitis.

A comprehensive 2004 study by the World Health Organization (WHO), which was later supported by the American Medical Associate (AMA) found a determined that needle exchange programs substantially reduce the spread of HIV among IV users, and do so without evidence of exacerbating injecting drug use, and they have proven to be cost effective and efficient.

Breaking the Ban in Indiana

Last week the ball got rolling when Republican Governor Mike Pence signed an emergency executive order in an attempt to control Indiana’s most intense HIV outbreak the population has ever seen. The executive order actually suspended Indiana’s ban on needle-exchange programs for the next 30 days. The ban has only been localized to Scott County, just 30 miles north of Louisville, Ky.

According to the local news sources in Jerome Adams, Indiana’s Health Commissioner, Governor Pence has clearly expressed that he does not support needle exchange as anti-drug policy on an ongoing basis. However those reports suggest that Pence has been adamant about his concern over this recent HIV outbreak, and has taken a critical step to end it.

While Pence voices his concerns about such programs, it doesn’t hurt to look at the evidence from several NIH funded studies that consistently reveal a 33% decrease in the frequency of HIV cases where people participate in needle exchange programs.

30 days is 30 days, and while to some it may not seem like much, 30 days can be plenty to make a dent in an addiction issue when properly utilized. The 30 day needle-exchange program is based in the Community Outreach Center located in Austin, Indiana. Strategically officials chose this location based on the fact that this may very well be ground-zero in terms of where the most HIV cases have been reported, with 84 confirmed cases of HIV.

As part of this trial run, there are some regulations in place to keep a controled grasp on the program. Each individual will be able to receive:

Health Commissioner Adams reiterated that one should not feel ashamed to seek help as this is now an issue of public health. But with the governor seemingly unsupportive of this program, it may seem like needle exchange in southeastern isn’t being used to its fullest potential. The executive order is able to be extended if needed, and if it proves to make a difference then hopefully this program will get the time it needs to help curb the epidemic, as well as provide the drug users in the area with adequate information to get drug treatment.

Harm reduction has been speculated to be a huge part of the new wave in the war on drugs in America, and while it may not be an indefinite solution, it can surely save lives and improve the quality of others in an effort to get more people the treatment they need for the recovery they deserve. If you or someone you love is struggling with substance abuse or addiction, please call toll-free 1-800-951-6135