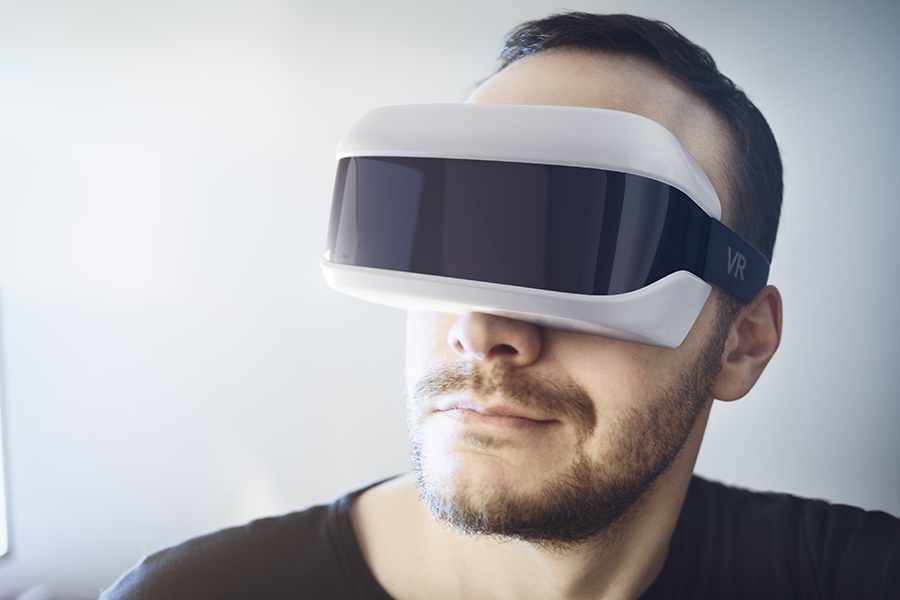 If you were tapped into the matrix could it actually help treat your alcoholism? I mean who wouldn’t want Morpheus to be their sponsor?

All jokes aside, in the age of new and improved technology designed to change the way we learn, connect and communicate there is no wonder the graphics of the gaming and entertainment world have done their very best to stay up to date with the times. And as the evolution of the virtual world encodes itself in the mainframe of history, it seems to offer some new upgrades for the way we treat alcoholism.

Virtual reality therapy (VRT) has been used to successfully in the mental health field to treat phobias and even post-traumatic stress disorder (PTSD). Now researchers from Chung-Ang University Hospital in Seoul, South Korea say a similar strategy may be the key to treating alcohol dependency.

In a recent small-scale study proved alcoholic participants experienced a reduction in their cravings for a drink, following detox and virtual reality therapy.

It’s all about exposure.

The fundamental philosophy backing this treatment tactic is the idea of recurring exposure to whatever is painful or difficult helps reduce its power to cause distress. So basically instead of the subject hiding from something, they are challenged to face the issue head-on.

Virtual reality treatments are most commonly used for patients with anxiety disorders, and the concept of exposure is tested through repeated contact with situations or stimuli that usually trigger fear and dread.

Of course thanks to the virtual reality these contacts are always made in a safe and controlled environment and through the contact to the fear or situation patients have learned how to better manage real-life encounters with anxiety-producing conditions.

Senior researcher Dr. Doug Hyun Han, MD, PhD, of Chung-Ang University Hospital in Seoul, and his colleagues developed their study on the use of virtual reality exposure therapy for alcoholics by recruiting 12 patients already in treatment programs.

Initially all patients were given a series of scans so the researchers could study their respective brain metabolism, including

The initial shock came then when they were compared to healthy volunteers.

The brains’ limbic circuit in alcohol dependent patients demonstrated a faster metabolism, and according to Dr. Han this discovery alone indicates a heightened sensitivity to stimuli (including drugs and alcohol).

12 study participants were given a week long detox period from alcohol and other substances, after which they each submitted to 10 sessions of virtual-reality therapy. The sessions were administered two times a week, and consisted of three dissimilar virtual scenes:

The high risk environment was represented as a restaurant where other people were drinking alcohol.

In the aversive setting patients found themselves surrounded by symptoms of people getting sick from drinking too much alcohol, including:

After 5 five weeks of virtual-reality therapy, the participants returned for another brain scan.

The results of this scan is where things got interesting, because each individual’s fast-paced brain metabolism had slowed down after the treatment program.

Dr. Han suggests this represents a diminished craving for alcohol. However, he has not gone as far as to say this proves beyond all doubt the digital treatment program is foolproof. Dr. Han does insist a larger study is needed to verify these results.

He does have a firm belief virtual reality treatments similar to the program designed for this study may help patients remain abstinent and even could help recovering alcoholics avoid relapses, and also that it may be especially effective for patients with alcohol troubles because the technology places them in a real-life context and then requires their active participation.

Could facing the situation in a controlled environment help condition recovering alcoholics face their temptations in real life?

There are probably plenty of people out there who adamantly believe there is no substitute for the real thing, and the idea of using a virtual walk-through to build resilience to drinking is a lot less effective than an active program of rigorous action.

Either way, it may be this new treatment is helping to expand our options for treatment. While these anti-drinking simulations are probably not a reliable recovery plan in themselves, they could soon become part of treatment plans to help build the foundation, and that is probably not a bad thing.

While the future promises to offer new technology that could revolutionize treatment even further, today there are innovative and progressive treatment programs for helping an alcoholic find a way out. If you or someone you love is struggling with substance abuse or addiction, please call toll-free 1-800-851-6135. We want to help, you are not alone.