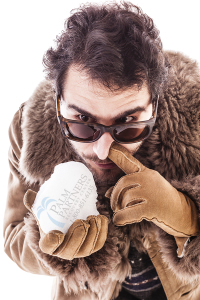 Did you know that analyzing waste water – yes, what you flush when you use the bathroom – can reveal what drugs are popular in your corner of the world? Gross – yet interesting.

When you take drugs, they end up in the water, either unchanged or broken down into specific metabolites. More and more, wastewater can be tested to measure how much drug-use is going on in any given area. And now there’s a new study that can test water in real time, revealing the levels of illegal drugs being used in a community – a potential tool in policing narcotic use.

This type of testing, known as “sewage epidemiology,” has made the collection of drug usage data a whole lot more accurate. Prior to this development, getting information on what drugs people in any given area were using and to what extent meant relying on surveys, crime statistics, drug raid yields and well as self-reported information. These methods could only give estimates on what was really going on.

By analyzing the amount and type of drugs in wastewater, however, researchers can more accurately detect rates of drug usage and find hotspots for abuse, as well as potentially measure how effective legislature and police countermeasures are.

Scientists conducting the study searched for six illicit drugs – and their metabolites – in two Albany, New York wastewater plants, one which serves a small community and another that serves a slightly larger one. And what they found was pretty astonishing.

Researchers tested the water each day for a week. They detected cocaine in 93% of the untreated water samples. Because the findings were comprised mostly of metabolites from cocaine, the researchers were able to determine that most of the cocaine ending up in the untreated water was from human excretion, rather than actual, direct disposal. What that means is that there are a lot of people in the Albany area that are using cocaine, not dumping it is say a mad dash to eliminate evidence by flushing it down the toilet. The researchers also found that the drug’s levels remained consistent throughout the testing.

Another surprising result was that morphine was found in 100% of the untreated water. It is not known whether or how much these levels are due to heroin or actual morphine because the human body breaks down heroin into morphine and other chemicals; the researchers did not specify this in their study, which was published in Environmental Science and Technology. The average concentrations of morphine found in the water “was 2.7–3.6 times lower than those reported earlier from the USA and the UK, but 3.0 times higher than those reported in Spain,” according to the study’s authors.

Other findings of the study revealed low levels of the designer drug 3,4-Methylenedioxyamphetamine (also known as MDA) and ecstasy, or MDMA.

Over the past few years, testing for public water supplies has revealed a slew of interesting findings when it comes to drug use. For example, earlier this year, University of Puget Sound researcher Dan Burgard told Environmental Health News that another study found that “amphetamine levels go through the roof during finals,” on a campus in Washington.

Other tests have revealed trends in various countries:

Another study published last month in the journal Addiction looked at drugs in the water in 42 European cities. Not surprisingly, it found that the people of Antwerp, Belgium love drugs. The research “revealed traces of cocaine, amphetamines, cannabis, and ecstasy in Antwerp’s sewage—all at levels among the highest of [the] European cities tested,” according to Bloomberg Businessweek.

Perhaps some time in the near future, people will be arrested and charged for drug use and probation violations based on what their waste water reveals. When you leave your trash at the curb it becomes public property and is therefore allowed to be searched by the authorities. It’s not much of a stretch for waste water to be considered the same. After all, it’s called “waste” water.

If someone was to test your waste water, what would they find? Amphetamines? Cocaine? Heroin? Are you struggling with one – or all of these? Maybe you only use ‘just’ alcohol or ‘just’ painkillers, after all, your doctor prescribed them. It’s not normal behavior to have to rely on substances to get through your day, week, month, or year. Help is available. Call toll-free 1-800-951-6135 to speak with an Addiction Specialist.