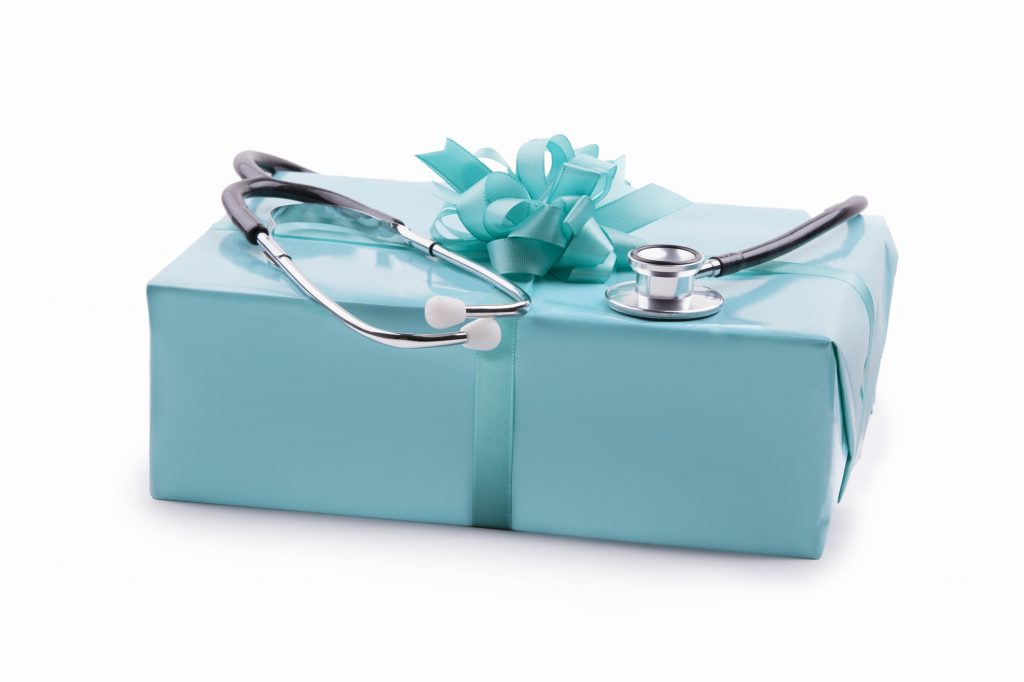 These are just a few of the incentives doctors have received from prescription opioid companies. Did these goodies get you your last opioid prescription?

Could incentives be responsible for our current opioid epidemic?

That’s exactly what researchers set out to understand.

A recent report confirmed what many have suspected: doctors are receiving incentives from major opioid makers. In fact, one out of every 12 U.S doctors gets money, lunch or something else of value from companies that make opioid drugs, the study concluded.

Furthermore, companies are spending more time and effort marketing opioids to doctors than they are other less addictive painkillers. These finding will help understand why doctors have played such a major role in the opioid addiction crisis.

“A large proportion of physicians received payments — one in 12 physicians overall,” said Dr. Scott Hadland of the Boston Medical Center. “Tens of millions of dollars were transferred for marketing purposes for opioids.”

Dr. Hadland and colleagues went through databases from the Centers for Medicare and Medicaid Services, the federal government office that oversees public health insurance.

The 2010 Affordable Care Act includes the Physicians Payments Sunshine Act. This act required medical product makers to report any offerings or goodies made to doctors or to teaching hospitals. However, incentives are often disguised as something else.

“In some cases, they are money provided directly to physicians — for example, the speaking fees, the consultant fees and the honoraria. In other cases it is reimbursement for things like travel,” Hadland said.

On average, doctors get a single “payment,” usually a mean worth of $15 about once a year. Still, there are a select few doctors that are reaping the most benefits.

“The top 1 percent of physicians (681 of them) received 82.5 percent of total payments in dollars,” the team wrote in their report, published in the American Journal of Public Health.

These incentives could influence doctors to prescribe opioids to their patients:

“One of the main drivers of the epidemic has been the vast overprescribing of prescription pain medications,” the study notes.

While larger fees mostly accounted for speaker fees, more leisurely incentives like food and drink accounted for 94 percent of the payments.

“I do think the practice is exceedingly common. Increasingly, medical schools are restricting the ability of pharma companies to come to speak to medical students and even faculty,” Hadland said.

With all this said, do small incentives really make a difference? After all, can a doctor really be bought for the price of a boxed lunch?

The research indicates that, yes, these little goodies do influence prescribing. Last year, a study revealed that physicians who accepted even one meal by a drug company were more likely to prescribe a name-brand drug to patients later.

This is not the first time investigations were conducted on possible incentives. After earlier controversies and studies, the Pharmaceutical Research and Manufacturers of America issued a voluntary code of conduct to curb the once widespread practice of handing out free mugs, prescription pads, and other swag covered in drug brand names.

Some cities and states especially hit by the opioid abuse epidemic have even sued drug makers saying their practices have helped fuel the problem. The CDC states doctors have contributed to the addiction crisis by prescribing opioids to too many patients. These prescriptions are often prescribed at high doses for too long which only increases the vulnerability to addiction.

The result is deadly.

There were more than 30,000 fatalities in the United States in 2015, the federal government said.

“I think that first and foremost we have known that one of the main drivers of the epidemic has been the vast overprescribing of prescription pain medications,” said Michael Botticelli, former director of the White House Office of National Drug Control Policy, and now executive director of the Grayken Center for Addiction Medicine at the Boston Medical Center.

According to Botticelli, the answer is independent education, free of the need to promote a specific product.

“At the federal and state level (we may need to) move toward mandatory prescriber education to counteract industry’s influence over prescribing behavior,” he said. “Clearly, guidelines are not enough.”

Botticelli agrees that while pain is a major problem, the answer is not more opioids.

“Yes, we want to make sure people’s pain is appropriately treated, but we know that longer and higher doses have significantly added to the addiction problem that we have in the United States,” he continued.

What are your thoughts? Did you know about these incentives? More studies are coming out revealing the back story to what led to the prescription opioid epidemic.

Opioid addiction has become a public health crisis. Now, more than ever is the time to seek treatment. Recovery is possible. You do not have to feel out of control. There is a solution.  If you are struggling with substance abuse, call now. Do not wait.