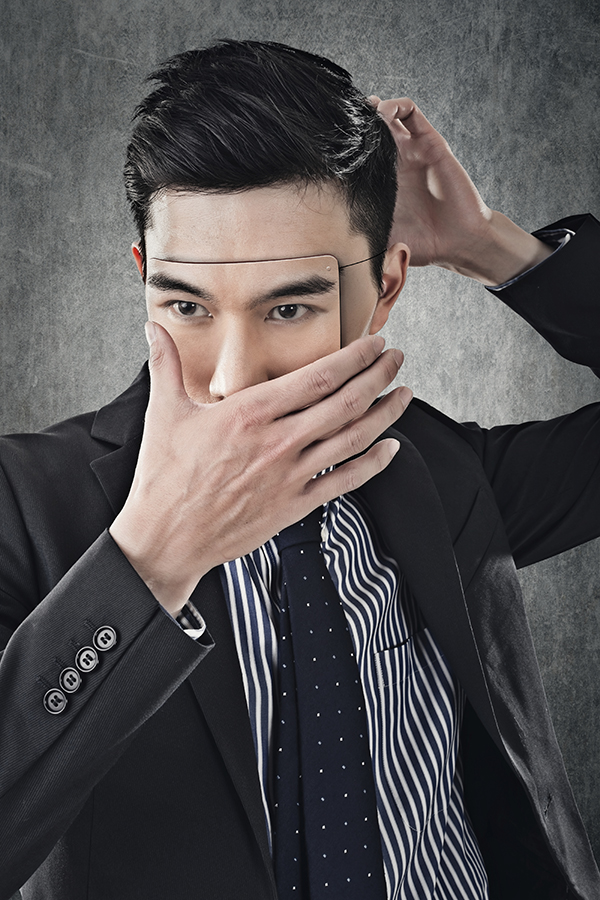 Ever get the feeling someone’s lying to you? It may be your intuition – your Spidey sense tingling – that someone is being dishonest with you. Chances are, you’re picking up on certain body language and speech cues and didn’t even realize it. Here are 11 telltale signs someone is lying to you, so that you can know what to carefully look for next time.

#1. They tilt or jerk their head

When you ask a direct question and the person makes a sudden head movement, such as a jerk, retraction or tilt, this can be a sign of deception on their part. Just remember: when looking for this telltale sign, it often happens just before they respond to the question put to them.

Heavy breathing is a ‘reflex action’ that is commonly associated with lying. If you’re not close enough to hear or feel if the person is breathing heavily, watch their shoulders, which will rise and fall with their breathing.

Also, listen to their voice – when someone is lying, their voice may crack or become shallow and unclear. This is because the person who’s doing the lying is experiencing breathlessness due to their increased heart rate and changes in their blood flow – all caused by the stress and pressure from the act of lying. Keep in mind, though, that people may experience breathlessness from being nervous or tense; not just when they’re lying.

#3. Their stance and movements are unnatural

When engaging in regular casual conversation, people generally move casually, repositioning their stance, shifting their weight, subtly relaxing, swaying and making unconscious movements, such as with their hands as they’re talking.

#4. They use repetitive speech

When someone is lying, they of course want to convince their audience of the lie for whatever they have to lie in the first place. One way a liar will attempt to accomplish this is through repetitive speech. Think of it an exercise in trying to ‘drill it in’ to your head.

The person lying may also repeat what they’re saying as a way to also convince themselves that the lie is actually true.

Lastly, repeating the question or what they’ve already said is a way of buying time in order to think up a response an even more elaborate story. Which brings us to the next telltale sign someone is lying to you.

#5. They tell you elaborate details

Liars will also over-compensate for their lie by providing too much information. When someone starts offering all kinds of details that weren’t even asked of them, this is another red flag that they’re trying to convince you that their story is really true.

#6. They cover their mouth

In a practically literal attempt to hide their deception, a liar will sometimes – subconsciously – cover their mouth with their hands when responding to a question. The covering of the mouth is also symbolic of the person’s reluctance to respond and can be seen as a clear indication that they are shutting down all communication and basically have no intention of telling you the truth.

On a similar note dealing with the mouth, someone who is lying to you might also bite or purse their lips.

#7. They also covering vulnerable areas of their bodies

Similarly, someone who is lying may cover other areas of their body that they consider to be vulnerable, such as the throat, head, chest or even genital area (think folding hands in front of them, if standing or in their lap, if sitting).

#8. They shuffle their feet

If someone is nervous or uncomfortable with a situation, they are likely to have extra nervous energy. When someone shuffles their feet in conversation, it is the body’s way of using up nervous energy, and therefore can be a sign that they are being less-than-honest with you about something. Shuffling the feet also symbolizes their desire to literally walk away from the uncomfortable scenario.

#9. They have difficulty speaking

Someone who’s being dishonest may also experience a difficulty with speaking, even if they have no history of speech difficulties.  This is because they may find it difficult to speak when under the pressure of telling a lie. Experts say that this is caused by the body’s nervous system decreasing the salivary flow during a stressful time, which results in dry mouth.

Contrary to popular belief, a liar is more apt to make eye contact – sometimes extended eye contact, even to the point of awkwardness – in an attempt to convince you of their lie, because they also think that being unable to maintain eye contact is a giveaway of deception. A liar might also hold a prolonged stare in an attempt to intimidate you so that you don’t question them on what they’re telling you.

In fact, people in normal conversation who are being truthful tend to shift their eyes regularly and may look around at their current environment.

#11. They use a lot of aggressive pointing and other hand gestures

Often times, when someone is lying, they tend to be defensive, too, because, after all, they are defending their lie. If you challenge them on something they’ve said, they may become hostile and aggressive, resulting in angry gestures, along with pointing in an attempt to reiterate and emphasize their point.

If called out, the person being dishonest might become angered, in which case, they will often try to ‘turn the tables’ on you, so to speak, as a way to deflect attention and change the subject.

Lying is human nature. Sometimes it’s a little white lie told to spare someone’s feelings. Other times, it’s a lie told to avoid blame, guilt, and shame. If you have been trying to maintain a secret life as someone who is chemical dependent or who has a substance use disorder, such as drug addiction, it’s time to let it go. Let go of the guilt, shame, and stress of trying to keep up the façade that everything is alright. If you are struggling, or you suspect someone you love is struggling, please call us toll-free at 1-800-951-6135 to speak with an Addiction Specialist.