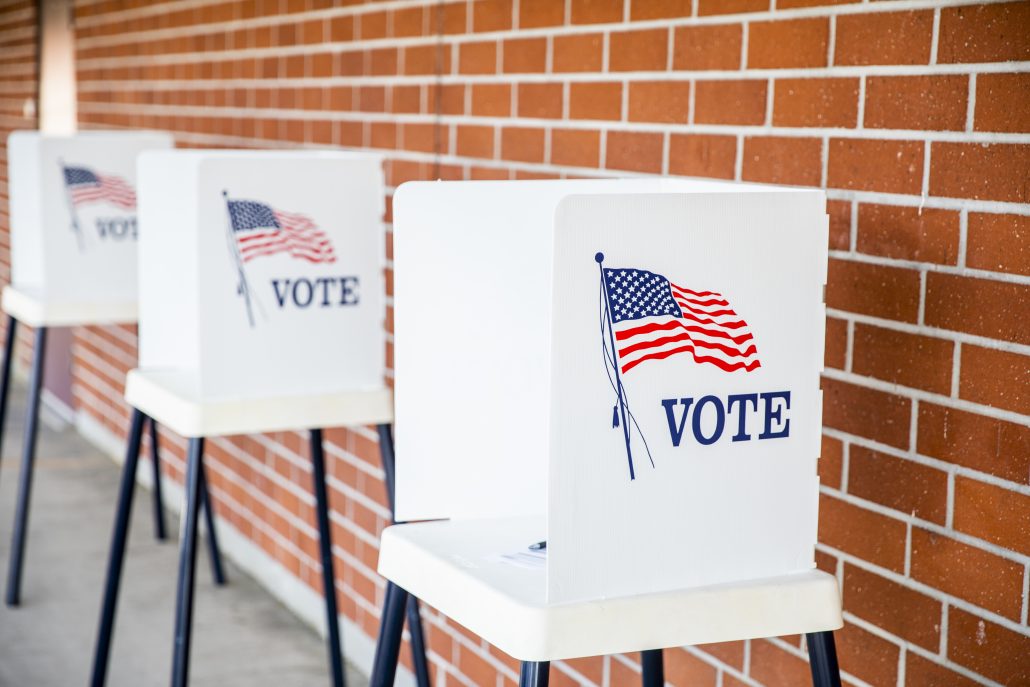 With the beginning of November, we saw a lot of excitement surrounding the 2018 midterm elections. While in some areas votes are still being counted, it is already safe to say there was a historic voter turnout. According to reports, approximately 113 million Americans showed up at polling places on November 6th to cast their ballots. This is the highest voter participation rate during midterm elections in at least 50 years, and the highest total turnout for a non-presidential election in U.S. history.

Ballots consisted of some pretty important topics, from representatives at the national and local level, to some very influential initiatives. Some of the big winners this year include some crucial criminal justice, drug policy, and healthcare reforms across the country. Other actions taken during the midterm elections could also be viewed as a step backward, but only time will tell. So how could these impact substance abuse and addiction in America?

Here in Florida, one of the biggest wins came in the form of approving Amendment 4. This year, 64% of Florida’s voters approved an amendment to restoring voting rights to most of the state’s roughly 1.4 million felons. Now, felons in the Sunshine State can the right to vote once they complete the terms of their parole or probation. Note- this does not include those convicted of murder or sex offenses.

The implications of this go beyond just the state level. Florida is a well-known swing state in presidential elections, considering the narrow margins for its share of electoral votes. Many believe that a slight shift in the voting population could tip the scales enough to have a national impact. To put this all in perspective, the tight presidential race in the year 2000 came down to Florida. In fact, it was only around 500 votes separating the two candidates. So one can only imagine what 1.4 million potential new voters could do to swing the state in either direction.

For non-violent drug offenders, this is an incredible victory. In recent years, society has begun a movement away from the old stigma of addiction and drug abuse. Instead of focusing so heavily on punishing those struggling with substance abuse, we see a shift toward supporting them and helping them become contributing members of their communities. Giving them back the power to vote allows them to feel like they are once again connected to the world around them instead of being cast out.

Florida didn’t stop at giving power back to felons. This state also pushed through another important ballot measure that could help cut the prison population by making new sentencing laws retroactive. Prior to the 2018 midterm elections, Florida’s constitution included a “Savings Clause” that prevented changes to mandatory minimum sentencing laws from becoming retroactive. In other words, any time that new laws were approved or old laws were repealed, the new standards could not be applied to anyone already incarcerated because of the old laws.

So hypothetically, if a non-violent drug offender were convicted for possessing an amount that stipulated a two-year sentence, but the law was later changed to stipulate a two-year sentence, the offender would not be eligible to have their sentence reduced to reflect the new law. Or, if someone was locked up for something that later became legal, they would still not be eligible to have their sentence commuted. This recent vote eliminates that roadblock, making it possible for future reforms to be given retroactive power. This measure is meant to help reduce mass incarceration. Florida is still experiencing a record-high prison population. However, many are hopeful this is a move in the right direction to give more people a second chance.

The Buckeye State experienced what many see as a big step backward. Ohioans rejected a ballot measure during the midterm elections that would have made drug possession a misdemeanor offense instead of a felony. The intention behind Issue 1 was to reduce incarceration rates in state-prison for low-level drug offenses. If passed, it had the potential to net millions in savings for taxpayers.

Currently, the state-run prisons are operating at 132% capacity. According to Ohio Policy Matters predictions, if passed Issue 1 could have cut the prison population by at least 10,000 inmates. Ohio already has the ability to make new drug sentencing laws retroactive. So if this new measure would have passed, then already-convicted prisoners could petition the courts to apply the new law to them. This could have greatly reduced the burden of non-violent drug offenders, many victims of the ongoing opioid crisis.

However, many Ohioans were worried that an unintended consequence could be that participation in the state’s drug court programs would plummet. Without the threat of felony charges hanging over their heads, many believe people being arrested would not consider attending a treatment program. Ultimately, over 63% of voters opposed Issue 1.

Six Ohio cities altogether had local marijuana decriminalization measures on the midterm elections ballot this year. Out of those six, five cities passed the initiatives, including:

Of course, this does not mean Ohio has legalized marijuana. It simply means that a few cities have decided to lower the misdemeanor penalty for marijuana.

Utah is generally considered a more conservative state, and with the midterm elections, this state joined many others to legalized medical marijuana. The state Legislature is expected to meet in early December to put the finishing touches on the new law.

During the midterm elections, Missouri also managed to pass Amendment 2, which sets the groundwork for medical marijuana in the state. 66% of voters supported the new measure. According to recent reports, Missouri residents who suffer from at least one “qualifying medical condition,” or their caregivers, will be entitled to obtain identification cards from the state Department of Health and Senior Services. “Qualifying medical conditions” include conditions, symptoms, or side-effects of treatment related to a number of illnesses, including:

In a much closer vote from the midterm elections, 56% of Michigan voted to approve Proposal 1. This will officially legalize cannabis use for adults throughout the Great Lake State. Michigan is the first in the Mid-West and the 10th in the nation to move forward with recreational use. Michigan is also the first state in the Mid-West to embrace the growing trend of pro-pot policies.

Proposal 1 allows adults over the age of 21 to possess, consume, purchase and transport up to:

The law also allows residents to store up to 10 ounces at their homes and cultivate as many as 12 plants for personal use.

Despite these few areas moving forward with marijuana reform, not every vote went in favor of supporting the shifting pro-weed agenda. In North Dakota, 59% of voters rejected a measure that would have eliminated most marijuana-related arrests. To clarify, North Dakota already allows for medical marijuana. However, efforts to further decriminalize the substance have been met with strong opposition.

Still, experts and advocates for marijuana reform already anticipate that the year 2019 will only bring more legislative activity at the state level in favor of marijuana law reform.

Utah also voted for full Medicaid expansion. This sets Medicaid up to cover tens of thousands of low-income residents across the state. This could mean that thousands of people who need help with addiction treatment will soon have access to affordable coverage.

Medicaid expansion in Nebraska was a close call with 53.2% of voters in favor. This states midterm elections ballot contained Initiative 427. The measure requires the state government to provide Medicaid for persons under the age of 65 whose incomes are equal to or below 138% of the official poverty line.

Taking into account these and other developments from the 2018 midterm elections, it is safe to say that the country is moving in a direction where the crippling stigma of drug use and non-violent drug crimes is fading. It may be a slow process, but it would appear that more and more people across the country are starting to change the way they see certain substances. Society is moving to be more supportive of those who struggle with drug dependency and addiction.

Access to healthcare is another priority we saw in the polls. Hopefully, these new programs will eventually impact a lot of people who desperately need addiction treatment. Providing safe medical detox, as well as mental health support and comprehensive care improves the odds of treatment having a positive impact. If anything, the midterm elections have shown us that things are changing, especially the way our nation is trying to handle the addiction crisis. But for those still suffering there is still hope. If you or someone you love is struggling with substance abuse or addiction, please call toll-free 1-800-951-6135 now.