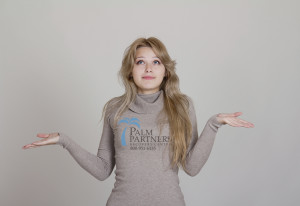 The ‘Catch-22’ of addiction is a tricky delusion that too many addicts too often find themselves stuck in, which can quickly turn to a scary back-slide into old behaviors and ultimately into a relapse, depending on how the individual views it and addresses it. Simply stated the addicts ‘Catch 22’ I refer to is the concept of convincing yourself that you are not an addict or alcoholic and you can drink and use drugs successfully, but then the question of why would you want to give it a try after the complete lack of manageability created by your past? Especially if using and drinking caused you so much stress and pain that you actually sought out recovery in the first place.

Now it would be incorrect to assume that EVERY single person who ends up going to a rehab or entering into the rooms of recovery is actually a full-fledged ‘real deal’ addict or alcoholic. Sometimes people who only come to drug and alcohol rehab to please their family or to avoid legal trouble are there for a ‘quick fix’ and they have not experienced as much pain in their lives, and they are not as desperate as the person who is scrambling for a chance to escape the deepest and darkest desperation of their addictions. This is in no way completely impossible, however very unlikely.

Even though nobody comes to rehab because their life is awesome, some people come to treatment for reasons like court, or to get out of trouble with their family members who do not approve of their life-style, or to try and get healthy and they are able to stop using and drinking and don’t work a program of recovery. These people are very few and far between, and in most cases these types of people never have to go to treatment, they just quit.  To be in treatment for drugs or alcohol typically means there is a problem in your life because of drugs of alcohol and you have to separate yourself from substance abuse in order to get your life back.

Although I in NO WAY encourage anyone to try it out, these people can probably convince themselves pretty quickly they are not in the grip of a disease to the extent that a ‘real deal’ addicts or alcoholics are. Circumstance and self-knowledge alone helps some people avoid drinking and using when it impacts their lives negatively, but these people will often hold reservations that one day they will drink or use drugs again.

On the Other Hand

Some people who have experienced desperation and difficulty in addiction to drugs or alcohol may also try and convince themselves they are not addicts or alcoholics in a ‘real deal’ kind of way. For whatever reason they may develop the belief that they are somehow better than they were, that they are cured and that the typical characteristics of addiction do not apply to them. Obviously this is very dangerous thinking.

Some addicts will convince themselves they are not addictions or alcoholics based on the specific substance they used. Someone who has used a narcotic like heroin may eventually be convinced they can drink alcohol successfully because they not addicted to alcohol like they are to heroin. Substitution is a pretty common scenario in the ‘Catch-22’ style situation, and it is one way addicts will justify using again.

Other addicts or alcoholics may just believe that despite what most programs of recovery warn us, we can become better over time if we only remain clean and sober for a long enough period that we learn how to control ourselves. These types have at least once probably admitted to being an addict or alcoholic, and that they are powerless over their addiction, but have decided that they gained enough power in sobriety.

In my own experience and opinion the catch with both sides of this situation is simple, why risk it?! If you are trying to convince yourself that you do not have a drinking or drugging problem, ask yourself how you ended up in recovery in the first place? What was that catch?

Some say they were brainwashed into thinking that they could not drink or use successfully by rehabs or 12 Step programs, but that they never were truly powerless. If this is true, my only question is why were you in rehab or a 12 Step program in the first place? Again, there is a possibility that some people are put into treatment or programs for rehabilitation based on legal or family problems, but who is to say that situation isn’t just an opportunity to change before it gets to be as desperate as it could have been.

If abusing drugs and alcohol has got you into a drug and alcohol rehab, or you are in a 12 Step program and trying to convince yourself you are not as bad as the other people in the program, it should stand to wonder why you are there, and what makes you think it isn’t worth giving recovery a shot. Re-evaluate the situation and try and remember the series of unfortunate and drastic events leading to you being in a position to get clean and sober.

For those who believe that the substance makes a difference, what exactly do you think abusing one substance instead of another is going to change? And If your mind struggles so intensely with letting go of a narcotic, or with sobriety, don’t you think a true addicts mind would also convince them that they could use another drug in order to stay dependent on substances that are mood and mind-altering. Isn’t one of the scariest parts about the disease of addiction is that it constantly wants to convince us we are not addicted? If it is really that difficult to stay sober, is it safe to assume you’re not an addict?!

It is probably safe to assume that if you have ended up in drug and alcohol rehab, or in a 12 Step program, the catch is self-explanatory and you should probably stick around a little bit. If you convince yourself you’re not an alcoholic or addict, does that mean you aren’t or does it mean you even worse off than you though because the disease will manipulate you to keep trying to out-think it? Really it’s up to you, no one can make that decision for you.

In the end it is in the best interest of someone who’s life has fallen apart due to drinking and using drugs to work a program of action, because it is a pretty good indicator that is where you need to be. It is likely that your entire life will change one way or the other, whether you are a ‘real deal’ addict or not it is up to you to diagnose yourself at the end of the day, but be honest with yourself and see where your addiction might be trying to fool you.  It is your life, take the time to make sure you treat it right.

Addiction is a deadly disease that creates disaster and delusion in the lives of all it touches, and it even tricks the afflicted individual into believing they are in control, when in reality they are trapped in a cycle of self-deception and substance abuse. Sometimes addicts and alcoholics have to be reminded that this illness is cunning, and recovery must be vigilant in order to thrive in sobriety. If you or someone you love is struggling with substance abuse or addiction, please call toll-free 1-800-951-6135