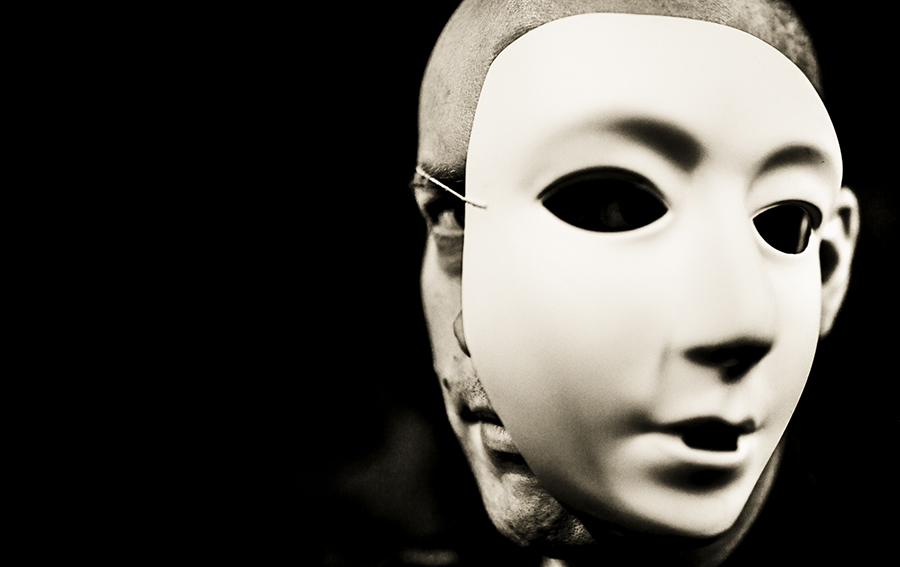 Sometimes there is more to the man behind the manic depressive mask. Dual diagnosis can seem like a scary reality for many who suffer from a mood disorder that co-exists with sufficient substance abuse dependence, and for those trapped in the anguish of bipolar disorder and drug addiction it can feel like living your life like a sinking ship lost in a sinister sea of erratic emotion and emptiness. Sometimes we confuse the face of addiction with the face of mental health disorder, and vice-versa. But sometimes they are the same, and need to be taken at the fullest of face value.

Bipolar disorder, which has also been dubbed manic depression, is a very serious mental disorder. It is most commonly characterized by intense and unpredictable swings in mood, behavior and energy. Someone with bipolar disorder experiences alternating “highs” (what clinicians call “mania“) and “lows” (also known as depression), that can be brief, from just a few hours to a few days, or longer, lasting up to several weeks or even months.

There is also Hypomania, which displays symptoms akin to those found in manic behavior, but less intense. Hypomanic individuals are usually capable of managing their day-to-day lives, but they experience a higher than usual level of happiness, irritability or energy.

Hypomanic periods can actually be extremely productive for some people, and because psychotic symptoms do not occur you may assume you don’t really have a problem.

Bipolar disorder has an intimate relationship with addiction, and there is an astonishingly high rate of substance abuse for those who suffer from bipolar disorder. Their connection is a complex one, and there are a variety of possible motives.

One reason is that a large proportion of individuals attempt to self-medicate with drugs and alcohol do so with intentions of numbing the painful symptoms of their bipolar disorder. Many individuals will turn to drugs and alcohol as a means for offsetting discomfort, if only for a little while. The irony there is that the National Institute of Mental Health notes that drinking and using drugs could actually provoke depressed or manic moods in someone with bipolar disorder.

These chemicals affect vital functions including:

Many of the symptoms of bipolar disorder are similar to those of drug and alcohol abuse, so some people are incapable of seeing where the mental disorder stops and the addiction begins. They assume their primary issue lies with one or the other and they don’t realize the danger they are putting themselves in by ignoring the fact that they are in the grips of 2 illnesses that will collaborate and exacerbate each other to destroy and decay a life.

Dual diagnosis treatment is essential for people battling with bipolar disorder and addiction. It is critical to use drug and alcohol treatment professionals who recognize the importance of treating bipolar disorder and substance abuse at the same time through a more holistic approach, and relying on “integrated treatment” to address both conditions simultaneously instead of just treating one.

The toxic storm created when bipolar disorder and addiction collide can be earth-shattering. When substance abuse progresses in frequency or seriousness, or when highly dangerous drugs are involved, early intervention is essential. Trying to find your way out of such intricate circumstances can sometimes seem like a intimidating task, but recovery is the best way to find freedom.

Facilities such as Palm Partners specialize in dual diagnosis treatment understand the overlapping nature of bipolar disorder and substance abuse, and with the right recovery plan it is possible to overcome the disease of addiction and confront the chaos created by bipolar disorder. If you or someone you love is struggling with substance abuse or addiction, please call toll-free 1-800-951-6135. We want to help, you are not alone.