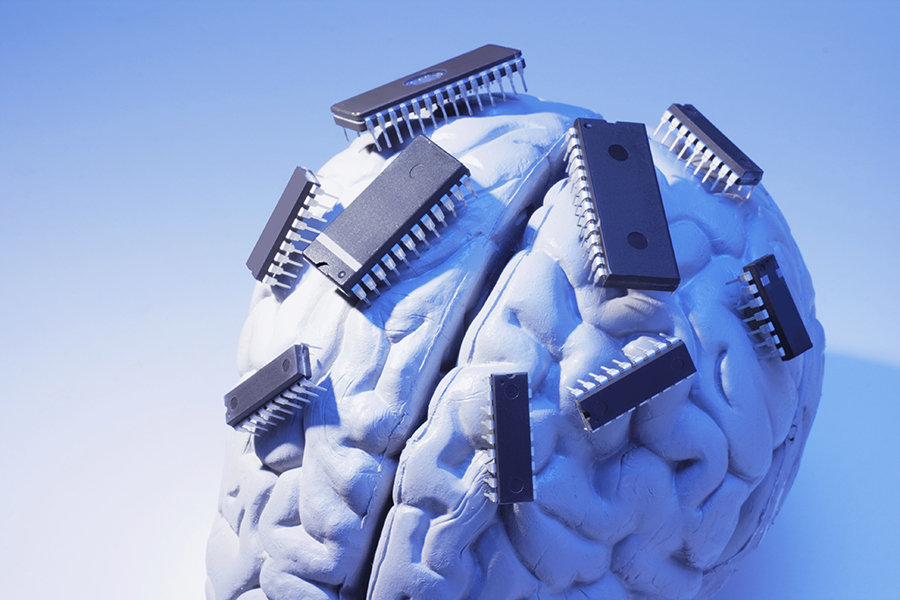 The obsession to achieve an appearance by any means necessary can be a disparaging fixation, and when being thin becomes the driving force behind unhealthy eating habits, thoughts and behaviors it quickly takes a critical toll on the  mind, body and spirit. With a disorder like anorexia nervosa, there has been much effort put into combating this obsession, and now some believe they have found the key to overcoming it in technology.

What is Anorexia Nervosa?

Anorexia nervosa, according to the National Eating Disorders Association (NEDA), is a complex eating disorder with three key factors:

Anorexia is a very serious and even life-threatening eating disorder characterized by self-starvation and excessive weight loss. Typically those with anorexia nervosa have such an intense dread of becoming fat, or they’re disgusted with how their body looks, that eating and mealtimes become very stressful. And yet, dieting and meal planning frequently becomes all they can think about.

Some of the most troubling facts about anorexia nervosa include:

Over the years researchers have tried to find the most healthy and effective methods for treating those who suffer from such severe eating disorders, and every once in a while there is some new breakthrough in theory and therapy. Now considering the habits of anorexia nervosa, we will consider this new treatment.

The Cost of NOT Eating

Susan Ringwood and Chris Outram, the chief executive and chairman of Beat, which commissioned the study, referred to eating disorder treatment in the U.K. as:

“…patchy at best [and] inadequate at worst…”

It was found that nearly half of those with an eating disorder waited a year before receiving help. Once they reached out for help, it took about a year to receive a proper diagnosis and another 6 months to receive treatment. So once an eating disorder gets started, if it is noticed right away by the individual it could be 3 years before they get any real help!

Professor Tipu Aziz is a neurosurgeon at John Radcliffe Hospital in Oxford who was involved in this exciting new $37,000 Deep Brain Stimulation (DBS) procedure, and according to Aziz the patient is “doing well”. While he has acknowledged that this new method is still in its early days of development, he claims that there has been a positive response in the treatment thus far.

This procedure started out as highly experimental, and now some believe that is has the potential to cross the border into more mainstream treatment options. Apparently the patient is a British woman who is miraculously responding to a brain implant created to help her overcome anorexia. So is it mind control? How does an implant in the brain stop this weight obsession?

The innovative procedure began with scientists inserting a small generator box, similar to a pacemaker, into the subject’s ribs before running a wire into her brain with the hope of addressing malfunctions in the nucleus accumbens with some patients suffering from anorexia nervosa. These are located deep in the middle of the brain, and this malfunction means the patients don’t enjoy eating.

So what is the implant changing? The idea behind this seemingly science fiction treatment is that the small charge in this deep brain stimulation procedure could actually stimulate the brain into enjoying eating again. So from there the question becomes is that the answer?

There was another DBS study involving 6 patients at Toronto Western Hospital in Canada, which yielded positive signs for those involved as well. Kim Rollins, a 38 year old woman who had been battling anorexia for 20 years said the procedure has turned her life around completely.

Anorexia expert Dr. Rebecca Park has also been an essential part of the project, and Park believes it’s vital for new treatments to be shaped and pursued for the good of people with eating disorders who don’t respond to either rehab or traditional therapies.

However, Professor Aziz maintains his confidence that DBS procedures will never become a routine practice due to the nature of the treatment, and stated:

“This is a treatment that will only be for those who have failed all over treatments for anorexia. Surgery on the brain is something that would only be used as a last resort because of the potential risks that are involved in any operation.”

With eating disorders commonly being rooted deeper than just a lack of desire to eat, one only wonders if inspiring people to get pleasure from eating will be enough to combat anorexia. Questions come to mind as far as will it create a sense of guilt for those who eat and enjoy it, then obsess over their body image later and regret eating? Will this lead to more purging?

As the new treatment is monitored we may learn the answers to those questions. So for now it appears that this new treatment may prove to be extremely effective. Yet some of the people so closely involved in creating it still believe that cognitive behavioral therapy, holistic healing and other treatment methods are very necessary and effective options, and recommend those be used before resorting to such a drastic tactic as rewiring the brain with surgery.

Anorexia nervosa is just one of a variety of terrible and lethal disorders that revolve around the obsession with weight and body image, and it can become an addiction just like any drug, while others use drugs to fuel their eating disorders. If you or someone you love is struggling with substance abuse or addiction, please call toll-free 1-800-951-6135