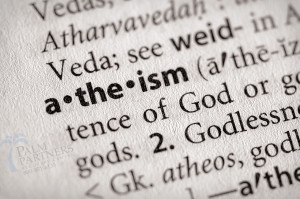 In the rooms of recovery and most 12 Step Fellowships there is a lot said about God. Some groups of individuals believe having a God is essential to building solid sobriety, while others think that the concept of God is one that should be left out of the conversation because they have no desire for a relationship with an omnipotent being, or they have given up on trying to understand any such relationship. I will refer to the concept of a higher power throughout this article by many names because if I were to try and spell out my personal concept every time this article mentions God it would be the longest article ever posted. The idea of a Divine Entity, or a singular conscious being and creator is not always a popular topic for everyone. Dogmatic religion sometimes even carries resentment for people with a history of unsatisfying past experiences.

While there are many reasons that some people cannot or will not include God as an essential part of their recovery, they still have the same chances to get clean and stay sober. What it can sometimes come down to is the willingness to believe in, and hold yourself accountable to, a set of governing principles in life. Here are some relatively common responses to the question ‘how can I get clean if I don’t believe in God’ and ways that you may be able to rid yourself of the reluctance to work a program.

Science and math, facts and formulas make a lot more sense to some people than scriptures and ceremony. All forms of worship fall short when it comes to the structure and certainty of logic to this individual. This type of addict or alcoholic may be completely confident in the fact that there is no One Creator, and that the world and everything in it is ruled by calculations and chemical reactions. They are the intellectual type who finds that a theory of some kind or another, be it biology or physics, can explain any one of life’s mysteries if studied long enough with the right technology.

This type may find it difficult in approaching the God conversation because according to their trust in facts, there is no ‘evidence’ to prove to them God of any understand exists. Without tangible statistics or measurable variables there is no way of them being convinced. This is NOT a problem, surely they have good reason enough to make up their own mind and that is perfectly fine. There is no need to try and strain trying to come up with a formula for God.

The scientific type can simply put their faith in what they already believe in; science. The point that they believe science to be so irrefutable and consistent should be enough to prove itself as a power greater than the individual, and that is all that it has been said in 12 Step groups is the necessary requirement for a power greater than ones self. Simply to believe and understand that somewhere out there are forces far beyond humanities control and comprehension is a perfect foundation. Believing in the vast laws of the universe based on the concepts of math and science is just as good as having God for some people, because to them it is just as powerful and dependable. By applying the basic elements that are attributed to a Great Spirit by most people to the belief in a cosmic truth can help them maintain their sobriety and seek out a solution.

Some people choose to believe that humanity as a whole is a power greater than themselves. They may not necessarily believe in a Higher Being that created the world and controls all destinies, but they believe that the collective human experience in itself is a higher power. This can even tie into a belief system based off nature in general, but just the idea that we as a species and society are powerful can work out for some who choose not to believe in a God.

You may hear often enough in the rooms that GOD can stand for ‘Group Of Drunks’ or ‘Group Of Druggies’ and this makes enough sense in regards to the concept of a humanity higher power. They may tell you at a 12 Step meeting to use ‘the rooms’ as your higher power until you develop an independent concept. The idea that a collective of experienced and recovering addicts or alcoholics can bond together and help you through situations that you cannot typically handle on your own, or that those people have wisdom and advice to share with you to help you in your sobriety can get you through some of the situations that you find baffling without the help of a higher power.

I have close friends who genuinely believe that whatever a higher power may be, it speaks to them through others, and those other people always provide the safety, the knowledge, or just the support they need to preserver through any situation holding them back or tempting their recovery. Faith in the strength of united men and women with a common problem and a common purpose is good enough of a power greater than the one individual, and believing in that fellowship and its ability to provide you with experience and hope to overcome is a great solution to the God dilemma.

By definition ‘Modern Spirituality’ is centered on the deepest values and meanings by which people live. It embraces the idea of an ultimate or an alleged immaterial reality. It envisions an inner path enabling a person to discover the essence of his/her being. So there is a vast difference between spirituality and organized religion.

I find most people fit into this category, even if they commonly call their higher power God, it is not because they believe in God as depicted by any specific religion or archetype. It does not have to be a concept confined to a particular denomination, as explained in most 12 Step literature. The word God can simply be a pseudonym for whatever spiritual code you put your faith in. The beautiful part of 12 Step fellowships and most recovery programs that bring up God is that they allow you to develop your own understanding of what it means when you read it, say it, and apply it to your recovery.

These fellowships do everything they can to remove the temptation of cultural controversy by remaining open-minded and teachable in order to help even more addicts and alcoholics to save their lives. So in this respect being spiritual is a very different concept than being religious. Spirituality is developing principals and faith that you try to follow based off of beliefs of a greater purpose than you, and carrying that harmony and values into your actions. Believing in some kind of spiritual element to your life, without necessarily crediting it to God, is a healthy way to seek spirituality in sobriety.

Personally, I grew up believing in God, but my concept was weak and I had no relationship with the Divine or a spiritual way of life before recovery, so this is the easiest for me to relate to. However, my understanding of God and what that relationship means to me has evolved and matured so much during my recovery, and it is probably very different from what most would expect. To me, there is so much to be valued about the spiritual energy of each individual. I believe is we are made of divine light and unconditional love, and I put stock in God, but it is my conception and not what others may have been taught or assume I mean by the word. Sobriety was possible for me through that relationship and understanding. The funny part to me is I don’t even pretend to understand God, I just try to understand how to better live on a spiritual plane.

So I believe in the right for people to not believe in God, I also think no one should have anything to say about my concept of the Divine or my relationship with my God, because it is none of their business. For those who do not have the type of conception I do, you have several opportunities to create whatever kind of belief system you want, THAT is the beauty of the program. NO ONE can tell you that your conception of a higher power is wrong! NO ONE can tell you what to believe in, or if it will keep you clean and sober. In a program of acceptance, unity, and principles NO ONE has the right to judge you based on your concept of God, or lack there of. You are the only person who gets to decide.

Any person in any fellowship who tries to ridicule or belittle your concept of a power greater than yourself, or your right to not believe at all, is obviously missing the point entirely. It can be difficult on both ends to accept others, especially when someone speaks down on what you believe as your truth. We are not here to convert each other, and we are definitely not here to judge each other. We are here to share our experiences and to love each other, and to stay clean and sober by practicing the principles and carrying the message. What you believe about God, or science, or humanity is your own business. Believe it or not, it works!

The difference between God, spirituality, and scientific principles are pretty obvious, but all of these belief systems can support you in your recovery based on how willing you are to commit yourself to living by the standards of that faith system. Staying clean and sober is possible for anyone who believes in anything, as long as they commit to developing as a human being based off of the principles of their philosophy. Recovery is possible, and whether you believe in God or not, have the faith in you sobriety necessary to save your life. If you or someone you love is struggling with substance abuse or addiction, please call toll-free 1-800-951-6135