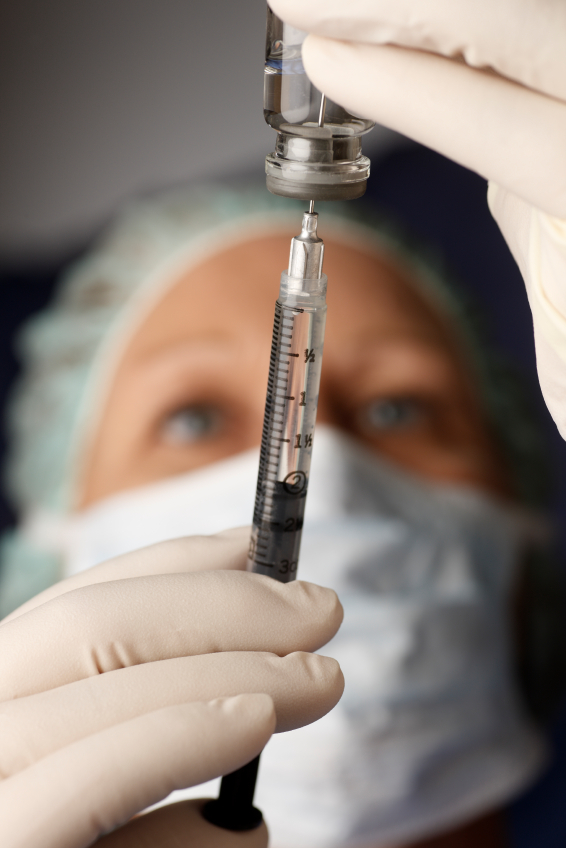 Heroin and other opiate abuse and addiction have been described as a plague across the country. Deaths from overdose have been deemed an outbreak, and the issue with trying to put an end to the suffering has been labeled a public health crisis. So with any illness, there are ways to try and provide treatment. But now some say we could be taking a different approach in prevention… the same way healthcare providers have worked to treat other illnesses… with a heroin vaccine.

So could a heroin vaccine really work? What big change could be brought about if people could be vaccinated for heroin addiction? What if drug addiction could be treated like the flu? What if it could be obstructed by a medicine before it ever even has the chance to take a hold of the person’s life?

Is a heroin vaccine actually possible?

Kim Janda is a professor at the Scripps Research Institute. He developed this new compound believing that the same nature of the vaccine as intended to treat other sickness can and should be applied to addiction. When discussing the possibility of a heroin vaccine Janda stated:

“One thing people don’t realize is one thing that has probably changed (the) world health outlook of all the things you could imagine is vaccines,”

“We’ve tried this road where we treat drugs with other drugs and that didn’t work for me … Instead of like these wind-up toys that keep walking into the wall, I thought we should turn the toy around so it could start off in another direction. I wanted to come at (addiction) from a different angle.”

Janda also claims to have the data to prove that a heroin vaccine is a very real possibility. Commonly vaccines are designed to use our own immune system to combat an illness, such as:

Janda’s idea is to use the same strategy to combat substance abuse, strengthening the immune system to attack the drugs before they affect the body. He and his research team have developed a heroin vaccine that works by causing the body’s immune system to attack heroin much like it would any other disease. So far it has shown encouraging results in rodent testing.

Janda explained in the study rodents were previously addicted to heroin and went “cold turkey” off the drug. Then some were given the heroin vaccine while others were not. In the end Janda claims that the rodents who did not get the heroin vaccine re-assumed and even escalated their drug intake, while those that were treated did not- suggesting:

“It extinguished their drug-seeking behavior.”

Janda said the vaccine could potentially save lives by preventing overdoses as well as help recovering addicts remain clean.

According to Janda another astonishing discovery in this process of testing was that the rodents that received the heroin vaccine were actually able to survive fatal doses of heroin – sometimes 20 times the normal dose! This is an exceptionally exciting prospect for such a medicine. Janda went on to say,

“It’s not something that’s been seen in these vaccines in the past. Mostly the vaccines in the past have tried to extinguish the drug-seeking behavior and provide a means for abstinence, but not for overdose cases … Potentially if people take too much and overdose, this could combat that also.”

As of now the heroin vaccine requires several shots over about a month period, currently the effects last for several months. Recovering addicts would need a booster shot when the effectiveness of the heroin vaccine begins to dwindle, but a practical application could be for individuals leaving incarceration to help them overcome temptations that lead to relapse.

While this is a very thrilling and optimistic concept, Janda is adamant that this heroin vaccine is not meant at all to replace behavioral therapies. So this new heroin vaccine could be eventually developed into a highly advanced and more effective form of medication assisted recovery, but even the scientist behind it believes in behavioral therapy for addicts.

Right now heroin is the only drug they have worked on, but Janda said if it shows to be effective, the method could theoretically be applied to a wide range of dangerous and addictive substances.

This heroin vaccine may be coming to fruition sooner than you think. Janda’s research team recently received a two-year $1.6 million grant from the National Institute of Health’s National Institute of Drug Abuse to conduct non-human primate tests and apply for clinical trials through the FDA.

With all the talk in the media about people so against flu shots and other vaccinations this story might even find its way into that discussion. But it surely is interesting to imagine where this powerful tool might take us… if it actually works.

Around the nation the epidemic rages on. Policy makers, law enforcement and community activists and advocates have been striving to save lives by raising awareness to the issue and inspiring innovation in both treatment and drug policy.

This new heroin vaccine may be a huge leap in the right direction for treating heroin addiction. Even with the vaccine, holistic drug rehab will always be a huge part of lasting recovery. If you or someone you love is struggling with substance abuse or addiction, please call toll-free 1-800-951-6135