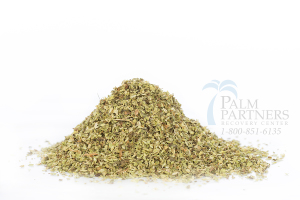 Synthetic marijuana goes by Spice, among many other names, and has become a growing concern for communities and health care officials as the harmful products have been distributed in gas stations, smoke shops and corner stores across the country. Law makers and law enforcement in many areas have put some effort into trying to put an end to the spread of the ‘fake weed’ usage, and in Washington, D.C. officials have taken a bold stance in attempt to cast out synthetic marijuana use by labeling it as a Schedule I drug.

Spice is one of the many forms of synthetic marijuana out there that is comprised of several dangerous chemical, most commonly marketed to the public as a wide variety of herbal mixtures that are supposedly a “safe” and legal alternatives to marijuana. This fake weed is sold under multiple names including:

Synthetic weed products usually contain dried, shredded plant material and chemical additives that are responsible for their psychoactive (mind-altering) effects. But there are serious health risks associated with synthetic marijuana, including but not limited to:

The new Schedule I classification means that synthetic marijuana is now in the same category as heroin and crack cocaine. This should be considered a huge step in the right director by anyone who is farmiliar with Spice and the damage it can do, and the effect it has had due to its popularity among teens. Those caught making, distributing, or importing any form of the drug will face the same criminal charges and imprisonment as with any other Schedule I drug, putting a little more power behind law enforcements punch.

“These substances are gaining increased prevalence among youth and unsuspecting adults. We must be diligent and proactive if we are to stop the flow of harmful drugs to the marketplace and finding its way to our children.”

Despite the fact that the federal government actually outlawed synthetic marijuana as far back as 2011, versions of Spice, K2 and the like had still been relatively easy for young people to come into contact with, still being sold in secret at many convenience stores and head shops. Part of this was due to the way it was advertised on packaging as “potpourri,” among other code names, and the disclaimer to avoid prosecution strategically labeled ‘Not For Human Consumption’ was another way businesses were trying to work around the legislation. Synthetic marijuana makers have been able to dodge most of these legal issues by using substances in their products that produced a high, but weren’t banned yet by the government.

Even recently new forms of synthetic drugs like the now notorious ‘Cloud 9’ liquid that is used in beverages and vaporizers has started to make headlines for the health risks they create and the tempers they flared when teens were being hospitalized for these synthetic drugs.

The D.C. Department of Health was widely criticized for its anti-synthetic marijuana campaign known as K2 Zombie DC, complete with the slogan “Danger: Fake Weed + U = Zombie.” The campaign got a lot of blow-back for making the suggestion that synthetic marijuana would produce zombie-like symptoms in users including:

They also highlighted the campaign with a series of ridiculously corny zombie costume shots in posters for the initiative.

The Real Cost of Synthetic Cannabis

Connor Eckherdt, a 19-year-old student passed away after smoking synthetic marijuana last July after slipping into a coma with brain swelling. Dr. Andrew Monte was quoted as saying,

“These substances are not benign. You can buy designer drugs of abuse at convenience stores and on the Internet. People may not realize how dangerous these drugs can be—up to 1,000 times stronger binding to cannabis receptors when compared to traditional marijuana.”

This is just one of several stories of High School students and other young people in different states who have suffered some sort of injury or illness due to the effects of synthetic marijuana products. Hopefully other states will take heed to the measures D.C. is taking to try and combat this hazardous trend and follow suit with legislations of their own. No drug made up of chemicals so potent and so dangerous should be considered ‘legal’ or ‘safe’, and more should be done to knip this in the (synthetic) bud.

No matter how many new drugs hit the streets, or how ‘alternative’ or ‘fake’ they claim to be, addiction is real, and the health risks and devastation caused in the lives of the user and those they love most is more real than one might imagine. But there is a way out. If you or someone you love is struggling with substance abuse or addiction, please call toll-free 1-800-951-6135. We want to help. You are not alone.