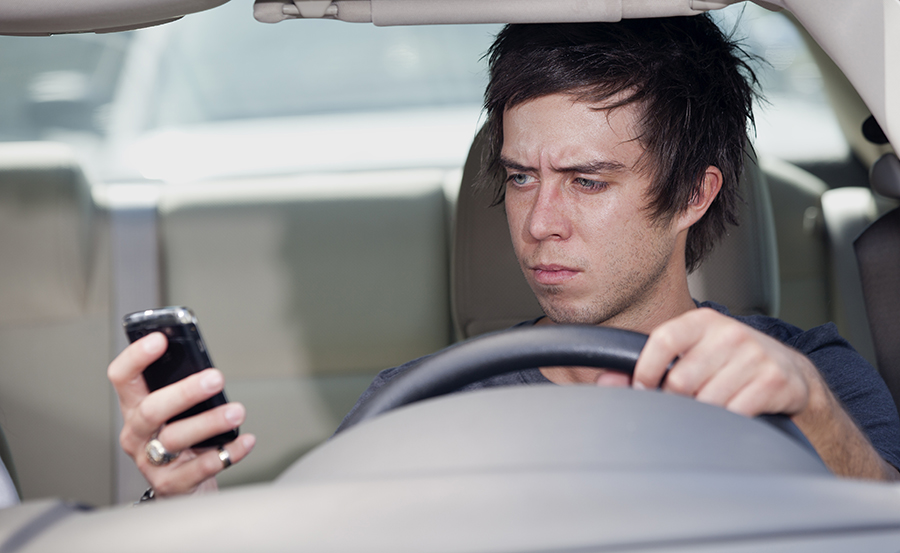 Have you heard the buzz about “drugged driving” becoming the new drunk driving? It shouldn’t seem too far-fetched seeing as how marijuana reforms have swept the nation in the past year. It appears driving high is on the rise, and some people are focusing on how to best curb that trend.

We live in the age of the app. The internet connects everything, and our smartphones are the lightning-rods that string us together with signals and streaming videos. So it’s only natural that we have come to expect our technology to offer options and accessories for any situation.

Recently we have seen new applications developed to try and help keep drunk drivers off the roads, so if these are helping out, how about drugged drivers?

Driving high is a big concern that motorists have to avoid while behind the wheel, particularly in states where marijuana has become legalized. The 2013 National Survey on Drug Use and Health found that marijuana was the second-most common substance associated with impaired driving, with alcohol being the first. It also showed that up to 14% of car accidents in the U.S. that resulted in injury or death came from drivers who tested positive for marijuana.

A more recent study stated that the rate of driving under the influence of alcohol has declined by nearly a third since 2007, but according to a 2014 survey an estimated 1 in every 4 people on the road tested positive for marijuana or prescription drugs.

There was another survey using data taken every five years, where drivers voluntarily pulled over at anonymous data-collection sites to weigh in on a survey. The study found that in 2014 20% of drivers had drugs in their system on a weekend night, a significant increase from 16.3% in 2007. Also, this information showed that the rate of driving under the influence of marijuana had nearly doubled.

There Could Be an App for That

This original innovation to combat people from driving high comes from researchers from Arizona State University in Tempe who have designed the groundbreaking technology, which was unveiled earlier this month.

The app uses high-speed cameras that detect involuntary eye movements that have been associated with marijuana use. Reports state that you just stare into a phone’s camera and the technology will actually record the movements of the eye and use the data to determine whether you are fit to drive. Apparently using the app is just that simple, and it could be downloaded to most smartphones and tablets. It shouldn’t be too hard for someone who is stoned to stare at their camera, most people do it whether they’re high or not anyway.

According to Richard Dale, the executive director of ASU’s Center for Emergency Management and Homeland Security,

“It’s a noninvasive test that employs a proven technology that is currently being used to diagnose neurological disease. All the pieces are in place, and this is an ideal time to move this technology into greater use…We are talking to potential partners to help us take the next step.”

This app could go beyond the general public. It could also become an extremely valuable resource to law enforcement officials trying to fight the rise in drugged driving.

It’s true a blood test can determine the level of marijuana in a person’s system, but there isn’t a clear method of determining whether someone is too impaired to drive from marijuana use. There is still work being done to develop the marijuana breathalyzer, but this could also be useful as it is very similar to some aspects of field sobriety tests for alcohol use. It may not be a blood test, but it could help officers make more informed judgment calls on-site.

One feature that these app developers might want to consider is adding a ride-sharing option similar to other apps of this nature. Some offer to contact Uber or other transportation services for individuals deemed too impaired to get behind the wheel.

I have written before about how enabling technology might be just one way of avoid a more important underlying issue. Like oh, I don’t know… drug abuse and addiction. Still, I won’t knock inventors for trying to keep the streets safe from drugged driving. It is a worthy cause, because too many lives are lost to accidents involving drunk or drugged drivers in this country, and hopefully these technological breakthroughs will keep up with the need for better solutions.

Driving under the influence of any substance takes a risk that never needs to be taken, and it puts everyone in harm’s way. Repeat offenders may feel at the end of their road, but there is another way. If you or someone you love is struggling with substance abuse or addiction, please call toll-free 1-800-951-6135.