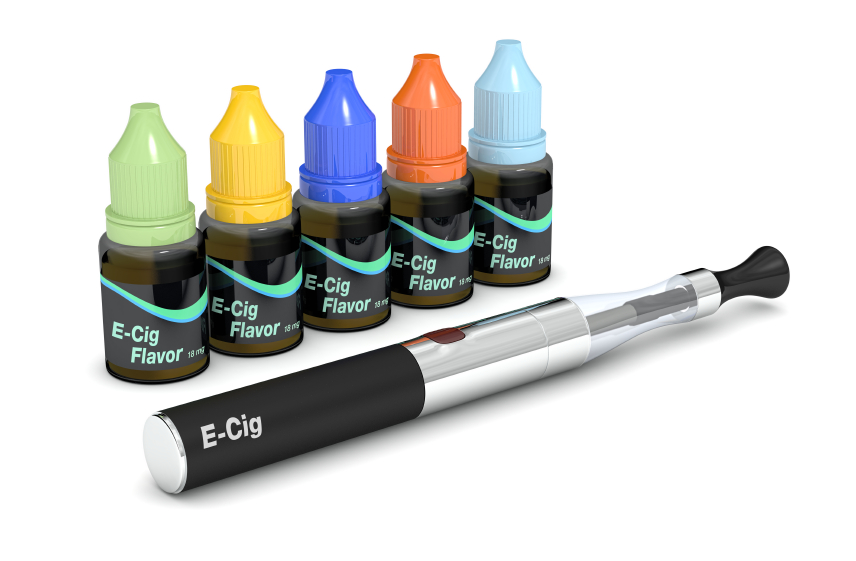 E-cigarettes have been the latest trend in the past few years. Smokers have thrown away their buds for vapors instead. When e-cigarettes were first introduced, they were deemed to be “healthier alternatives” to their predecessors. They were even allowed to be smoked in restaurants.

Now in the last year, new research continues to come out that proves the e-cigs are not as healthy as we once thought they were. A new study from Harvard says the flavoring chemical found in the majority of e-cigarette products is linked to severe respiratory disease.

We have hinted to studies in the past that discussed the potential dangers of e-cigarettes but this is the first one to really delve into it in one specific part of the body. The Harvard University study revealed that 75 percent of flavored e-cigarettes contain the chemical diacetyl which has been linked to a debilitating respiratory disease known as “popcorn lung.”

The disease first appeared in workers who increase artificial butter flavoring from microwave popcorn, hence the name. The study found that flavors they tested in the e-cigarettes had two related harmful compounds. The findings show that there is still so much to be learned about the dangers of e-cigarettes. The chemical diacetyl was found in more than 75 percent of flavored electronic cigarettes and refill liquids tested by researchers at Harvard T.H. Chan School of Public Health.

As a result, many businesses and schools that ban cigarettes also ban the use of electronics. E-cigarettes are not currently regulated. The U.S. Food and Drug Administration (FDA) have issued a proposed rule to include e-cigarettes under its authority to regulate certain tobacco and nicotine-containing products.

Could It All Be Exaggeration?

As news of the Harvard study spread, more and more media outlets jumped on the story. However, one outlet believes this research is exaggerated and raises unnecessary panic.  According to the article, the levels of dangerous chemicals in cigarettes far exceed the chemicals in e-cigarettes.

Farsalinos continues to say that e-cigarettes are actually lowering the exposure to these chemicals for those who switch over from cigarette use. He concludes by stating that the study creates false impressions and exaggerates the risks of the chemical exposure from e-cigs.

Even more surprising, although tobacco has more chemicals than e-cigarettes, not one tobacco product has been linked to any case of popcorn lung. Tobacco contains higher levels of diacytyl than flavored E-cigarettes so the assumption would be that people would have contracted this lung disease. Yet, this is not the case.

“This is yet another Department of Health and Human Services-funded study that is intended to deceive and scare the public about vaping to lobby for Food and Drug Administration’s deeming ban. While finding zero evidence of ‘Popcorn Lung,’ the authors are trying to create a public panic,” Godshall tells The Daily Caller News Foundation.

In addition, pro-vaping groups are quick to remind people that few have claimed that e-cigarettes are completely free of any health risk however offer a seemingly safer alternative.

Whether or not e-cigarettes are a health risk is still to be discovered, however it is best not to smoke at all as that is the sure fire way to a healthier you. If you or someone you love is struggling with substance abuse or addiction, please call toll-free 1-800-951-6135